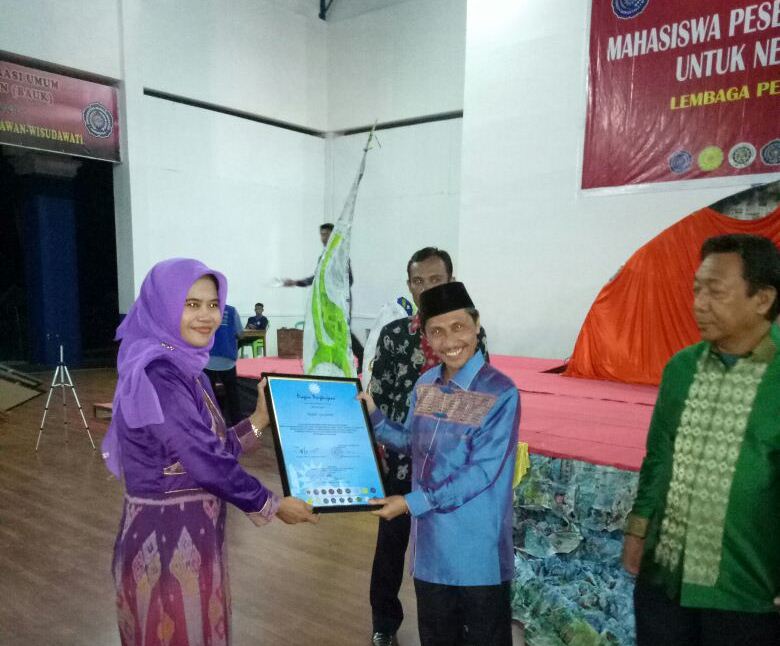 Community Service Program (KKN) entitled 3rd Muhammadiyah Dedication for The Nation was officially ended by the regent of Gorontalo, Prof Dr. H.Nelson Kamis (8/9/2016). The program was followed by 320 students from 18 Muhammadiyah Universities all over Indonesia (PTM). Some rectors of the universities accompanied by deputy rectors and heads of the universities’ Boards of Research and Community Service Program (LPPM).

The regent, who is also one of the rectors, expressed his gratitude to the 18 PTM, which have sent their students for the program.

‘I am proud that Gorontalo has been chosen as the venue of the program nationally and 18 PTM have successfully participated in it,’ he said.

The head of Boards of Research and Community Service Program (LPPM) Muhammadiyah Univefrsity of Gorontalo Dr. Hasyim and the local committee Umar, Msc. Also expressed their gratitude. They felt happy to be the host for different students from all over Indonesia. ‘The program include various activities with different students’ skills.’ He said as giving speech at the closing ceremony at the campus of Muhammadiyah University of Gorontalo.

The chief of organizing committee Dr. Rina Ratih, M Hum. reported that the program ran well. This was because of the support from the rector, who is also the regent of Gorontalo and the chief of local committee.’ said Rina Ratih, who is a lecturer of University of Ahmad Dahlan (UAD). ‘The next program is scheduled to be held in Palembang.’ she added.

The closing ceremony of the program was marked with certificate giving to the 18 universities and the Gorontalo regent from the central committee. The event was reported by local newspapers and radio broadcast. After the closing ceremony all delegates returned home.

Yeah… Being Late, New Students To Take Selfie with The Committee Scroll to top