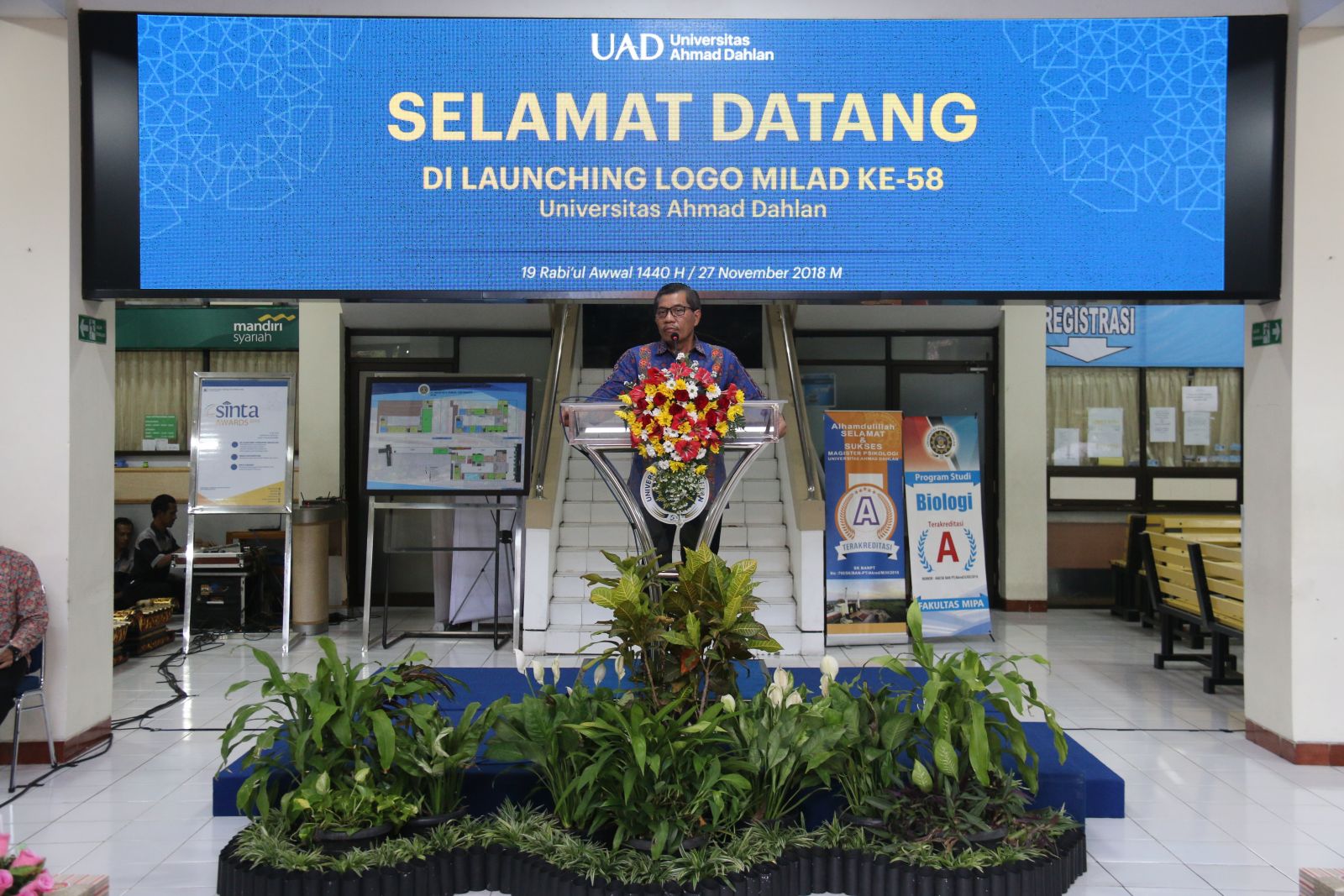 Universitas Ahmad Dahlan (UAD) has officially launched the 58th Milad (Anniversary) logo on Tuesday (11-27-2018) at the hall of campus 1 at Jln. Kapas 9, Semaki, Yogyakarta. The launch was attended by leaders and higher officials of UAD.

In this milad, the Faculty of Psychology collaborated with the Faculty of Literature, Culture and Communication (FSBK) as the organizing committee. The theme of the event was "Developing a National Identity and Progressing Indonesian Culture".

UAD Rektor, Dr. Kasiyarno, M. Hum., in his remarks at the launching event stated that the 58th Milad had to be optimally utilized by holding various activities, including academic, sports, and entertainment activities.

"The activities in this Milad must really be able to target all UAD elements. Don't forget the predecessors who fought for UAD. Invite their families to together commemorate this 58th Milad, because UAD is indebted to its predecessors," he explained.

There is a difference in the making of milad logo for this year. In the previous milad, the making of the logo was contested. However, this year, the committee designed it themselves. This aims to minimize plagiarism in the logo design used for UAD Milad.

Kasiyarno suggested that the 58th Milad provide more recreational activities. The aim was to refresh the participants’ minds and encourage UAD community to live a healthy life. He also shared his expectation that, once a week, UAD would hold a joint exercise.

"With the existence of quality activities in this milad series, we expect that there will be intimacy among the entire UAD family. And then, what is equally important is a better performance of each element of UAD for the progress of the university," he explained. (ard)

In the Series of Milad, UAD Inaugurates KUBI Scroll to top