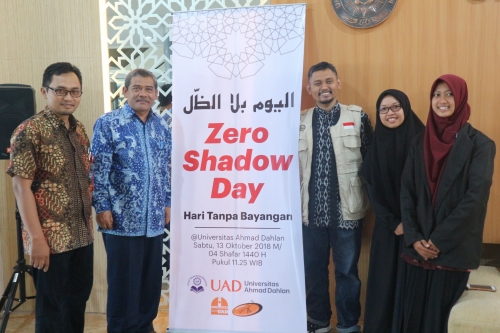 Universitas Ahmad Dahlan (UAD) held an observation and discussion on the Day without Shadow on Saturday (10/13/2018), at UAD campus 4, which is located on Jln. Ringroad Utara, Tamanan, Bantul, Yogyakarta. This event is commemorated twice a year, when the culmination position of the sun is just above the city of Yogyakarta. 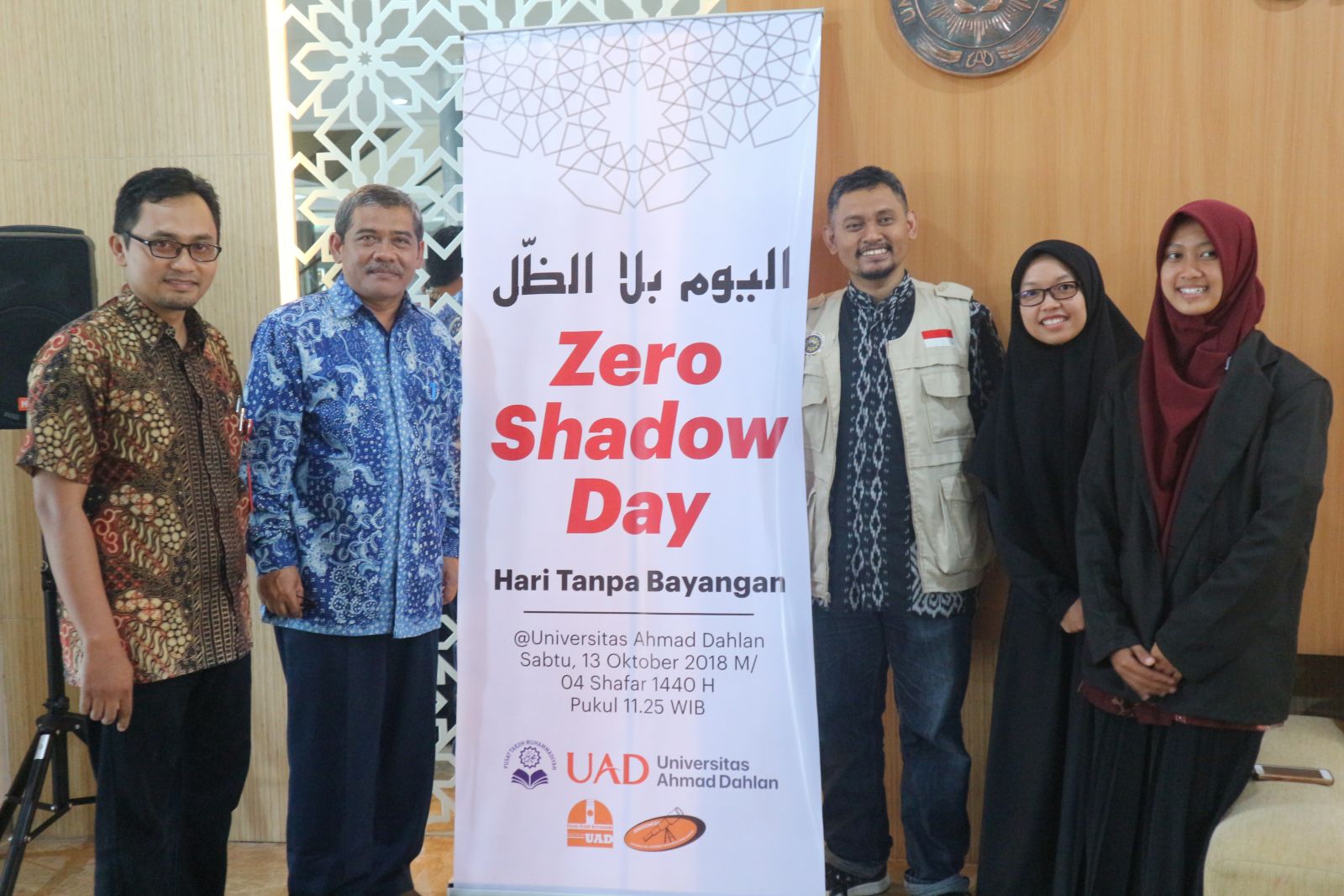 This activity was supported by UAD Center of Astronomy Study (Pastron), UAD Space and Astronomy Study Group (Andromeda), and Muhammadiyah Central Board Tarjih Council. Present at the discussion were Yudhiakto Pramudya, Ph.D., the Chairperson of Pastron, and Dr. Muchlas, M.T., the Vice Rector 1 of UAD.

The observation of the Day without Shadow was deliberately carried at UAD campus 4 building. This building supports observation because it has a 30 centimeter diameter hole that penetrates the 1st floor to the 10th floor.

From Muchlas's explanation, the hole was deliberately made so that it could be used to support observations and research related to light and shadow. "One of them is to observe the Day without Shadow. It is because this phenomenon is rare and important to be studied scientifically."

He added that this phenomenon could be used to determine the direction of Qibla through shadows. "UAD has great attention to natural phenomena. One of them is the Day without Shadow. We hope that such rare phenomenon can be described as scientific, so that it can provide insight for students and lecturers."

We have to keep in mind that when the sun changes its culmination in the city of Mecca or above the Ka'bah, Indonesian people can determine the direction of the Qibla by looking at the shadow of the body, buildings, or other objects that have a shadow. (ard)