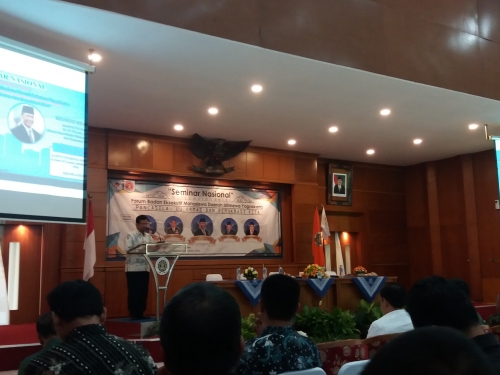 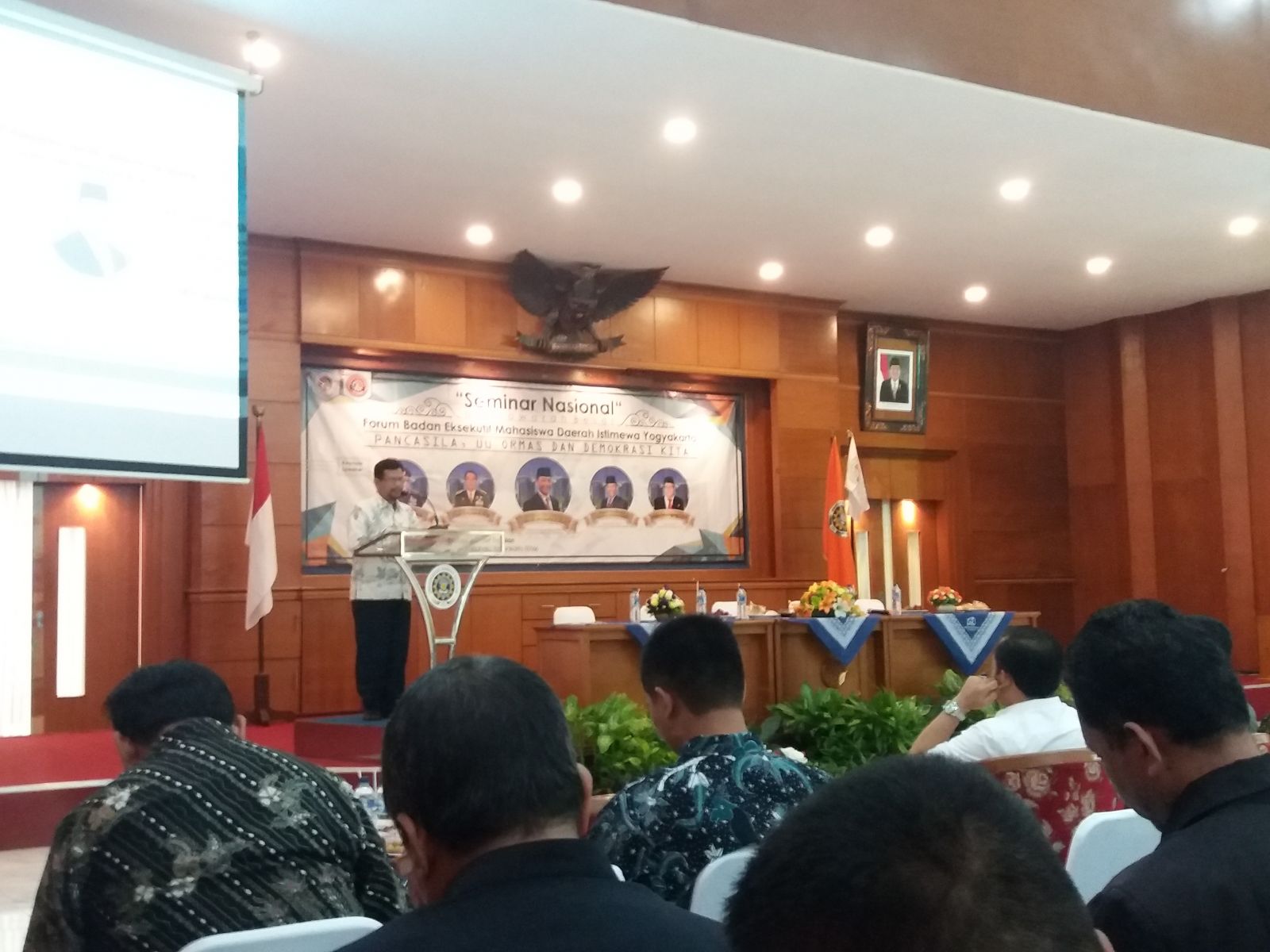 The Student Executive Board (BEM) of Ahmad Dahlan University (UAD) was trusted to host the National Seminar and Deliberation Forum for Student Executive Boards in Yogyakarta which was entitled "Pancasila, Mass Organization Constitution and Democracy". The event took place at the auditorium of Campus 1 UAD on Jln. Kapas 9, Semaki, Umbulharjo, Yogyakarta on Saturday (20/1/2018).

Present as the speakers of the event were the Director of Police Intelligence DIY, Police Commissioner Nanang Juni Wawanto, S.IK., Lieutenant Colonel Jaelan, Kasiter Korem 072 Yogyakarta, Dr. Prabawa from the Ministry of Internal Affairs of the Republic of Indonesia, Yoeke Indra Agung L., S.E., Chairman of DIY DPRD, and First Admiral Jaya Darmawan from the Ministry of Politics, Law and Security of Republic of Indonesia.

This event was the opening of a series of the Deliberation Forum and was the 6th forum held by BEM DIY Forum since its establishment on July 16th, 2012. The determination of the theme was inseparable from the issues that were going on in Indonesia, including issues on Pancasila, mass organizations and democracy. BEM DIY Forum was attended by 55 public and private universities in Yogyakarta.

The President of BEM UAD, Heru Astar, stated that the purpose of this forum was to motivate students to fight against radicalism. According to him, students had to have a critical attitude and have a role as one of the parties that control the nation.

Meanwhile, Dr. Abdul Fadlil, M.T., Vice Rector III, appreciated the performance of BEM of UAD and other universities on the organisation of the 2018 Deliberation Forum.

"We really appreciate the performance of BEM. Although public protest is not prohibited, nowadays students are prioritizing the audience. It usually results in discussion and constructive inputs, "he explained.

Furthermore, Fadlil considered the seminar that was held relevant to the condition of Indonesia at the meantime. The seminar could be a place for intergenerational dialogue between leaders and future leaders. The ongoing BEM Forum can be one of the guarantees of the sustainability of Republic of Indonesia. (ard)