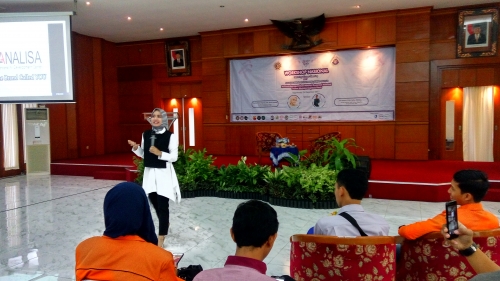 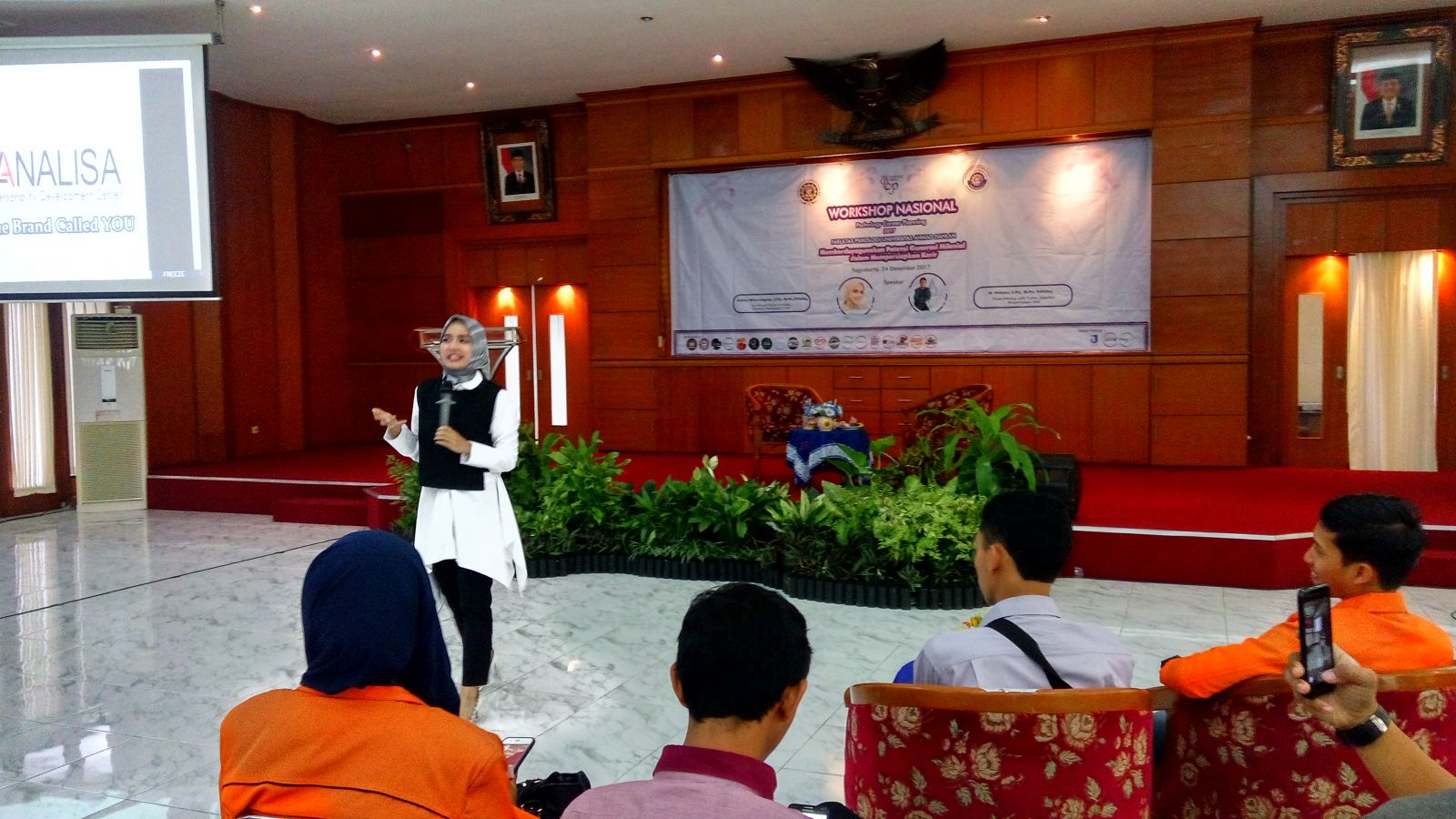 Analisa Widyaningrum, S.Psi., M.Psi., a psychologist, presented as a speaker in the Psychology Career Plan 2017 which was organized by Student Executive Board (BEM) of Faculty of Psychology, Ahmad Dahlan University (UAD). Located at the Campus 1 auditorium on Jalan Kapas, the workshop was entitled "Empowering Millennial Generation Potential and Preparing for Career". Held on Sunday, December 24th, 2017, Analisa, the founder of Personality Development Center Analysis, shared the key to success as a psychologist, as well as a public figure.

"I am very happy to be present among all my friends here. Thanks to UAD for giving me such a wonderful opportunity to be here, "said Analisa when she greeted hundreds of the workshop participants.

She, who is practicing at Jogja International Hospital, is not only famous as a qualified practitioner, but also as a highly admired public figure. Many of the workshop participants claimed to be present because they idolize Analisa.

On the occasion, Analisa shared the ups and downs of his career-building experience to the hidayah she got to wear hijab. "If God allows, if we have good intentions, everything will have its own way. Allah SWT replaces all the things I lost because I wear hijab with something better. Initially, I worked for a skin care company that required me not to wear hijab. After that, Allah SWT gave me an opportunity to work for an Islamic cosmetics brand," she said.

Since the beginning of the workshop, Analisa did not hesitate to interact with the participants. She was not even shy to shake hands or hug the female participants who claimed to be her fans. She then made it as an example of personal branding.

"In my opinion, good communication is the key to personal branding. Just imagine, if you idolize me and have followed my instagram account for a long time, but when we actually meet, I just do the greetings without sincerity, or even answer your questions in an unfriendly manner, how would you feel? You will lose your interest, right? Well, first of all, you have to build your character," she explained.

Analisa also provided personal branding tips, namely passion, vision and mission. First, find out what passion is. According to her, human without passion is like breathing, but not living. The next one is vision. The participants had to have a vision.

"In the past, when I was in college, I imagined what I would become ten years from now on. I imagine, if people are looking for a psychologist, they will look for Analisa. So, the next one is mission. Everything I do since I was in college is a set of small missions that will take me where I want," she concluded. (dev)