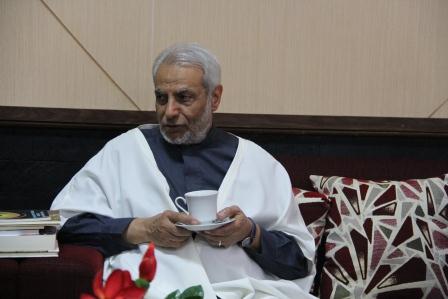 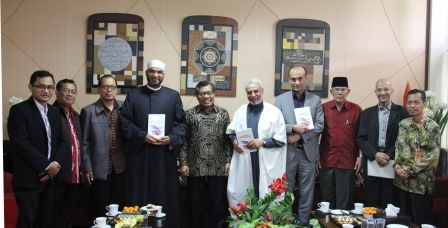 “Once I was asked by an Australian minister why there developed Islamophobia among the people here. He said they deserve to feel that because Islam’s development is the fastest among hundreds religions here. ‘Everyday there are 6 or more persons declaring to be new Muslim members,’ said Prof. Dr. Ibrahim Abu Muhammad (Ausie’s Grand Mufti) as he called on the rectorate office of University of Ahmad Dahlan (UAD), Tuesday, (1/1/2016).

This lecturer and writer on Islamic affairs admits that there are language hurdles in spreading out Islam in Ausie because he is not native Australian. Besides there are also different madzhab or sects in here. Yet, they are under their own coordination with equal position

An Arabic proverb says, ‘Keep candles shining.’ It is the slogan the Ausie’s Muslims maintain.

‘I keep that slogan and I am glad to help Ausie’s Muslims and moreover I will feel honored if we are able to cooperate with UAD in serving Muslim people.

For him, it is important to involve Indonesia in this matter, besides it is near, Indonesia with Pancasila (the five principles) is the biggest Muslim country. And there are Islamic universities including UAD, which is managed by Muhammadiyah.

Before delivering Stadium General at the mosque of Islamic Centre UAD, the rector and the Ausie’s Grand Mufti exchanged souvenirs.