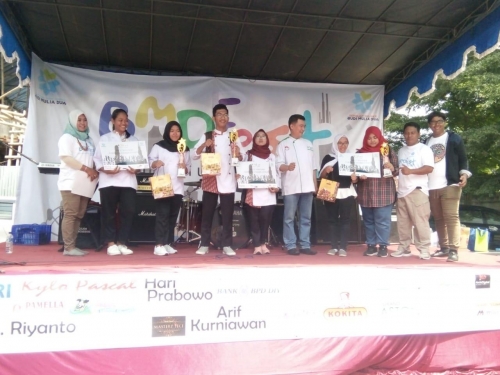 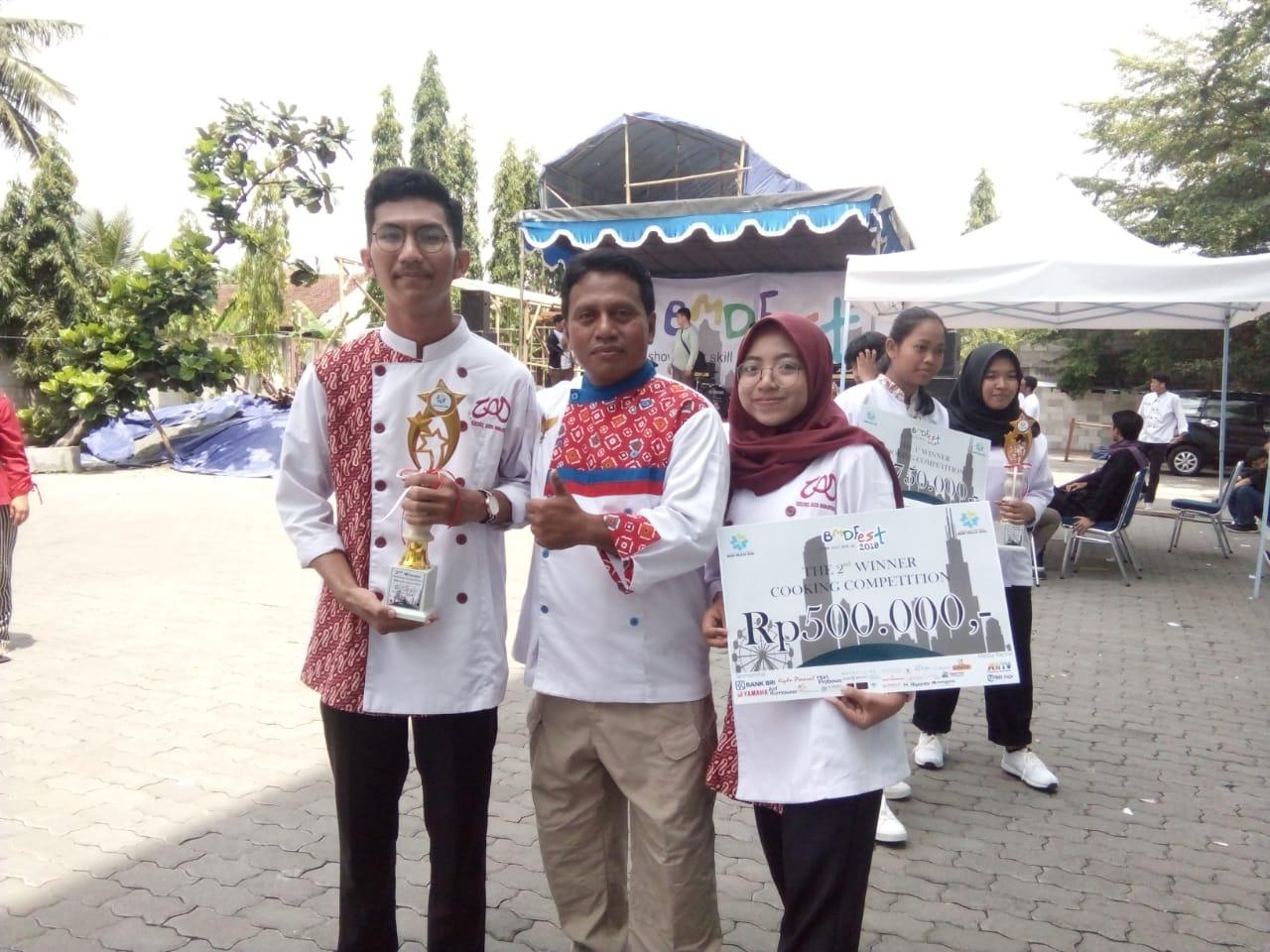 On Sunday (9-12-2018), Budi Mulia Dua held an activity entitled "BMD FEST 2018 PASTA COOKING COMPETITION" at VHS Budi Mulia Dua at Jalan Raya Tajem km. 3, Wedomartani, Ngemplak, Sleman. Starting from their initiative to take part in the competition, Maretta and Krisna tried to convey their intentions and asked permission from the lecturers of Food Service Business (Bisma) Study Program. After getting permission and support from the university, the two students planned the concept that they would use in the competition later. Bisma sent three teams. The first team consisted of Maretta and Krisna, the second one with Heni and Putri, and the third team with Anisa and Isma.

The requirements that need to be fulfilled in order to take part in BMD FEST 2018 PASTA COOKING COMPETITION include the team must consist of two people, choose one type of pasta (fettuccini, fusilli, spaghetti, or lasagna), make two servings of processed pasta with no required technique and at a cost of IDR 40,000.00 for two portions, make a menu and recipe to be submitted to the committee, and is only provided 45 minutes to process the pasta and the clear up (cleaning the work table, processing equipment, sink and preparing the display plate).

The menu made by the first team was "Fusilli Pasta with Kallio Sauce", the second team made "Fettuccini Matcabor" which was a combination of Carbonara sauce with sambal matah, while the third team made "Fettuccini Bolognese". They were very excited to take part in the competition and really had the expectation that someone would win the competition as a representative of Bisma.

PASTA COOKING COMPETITION is divided into two sessions, the first session at 09.15 WIB and the second session at 10.00 WIB. Bisma team got their turn in the second session, so their turn was finished at 10:45 WIB. It felt like the time went very fast when the competition took place. It is because in the duration of 45 minutes, the cooking concept had to be finished, including the clear up. Alhamdulillah, Bisma team can finish on time, even the first team can finish their cooking before the jury reminded the remaining 15 minutes time that was left. The announcement of the champion of the competition was carried out after Zuhur prayer.

Alhamdulillahirabbil’alamiin, Allah Swt. Granted our prayer. Bisma students managed to be the second place winner. The achievement was made by the first team. The results, indeed, will not betray the process. The process started from when the students took initiative to participate in the competition, then prepared everything, practiced cooking before the competition, seriously participated in the race, and finally produced a very satisfying result that made us all proud.