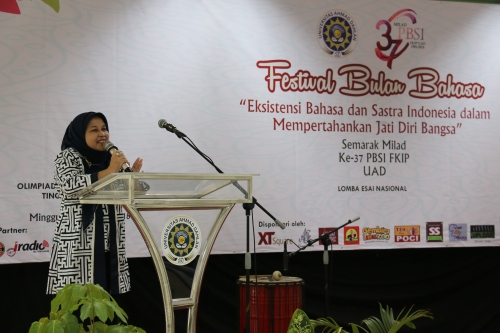 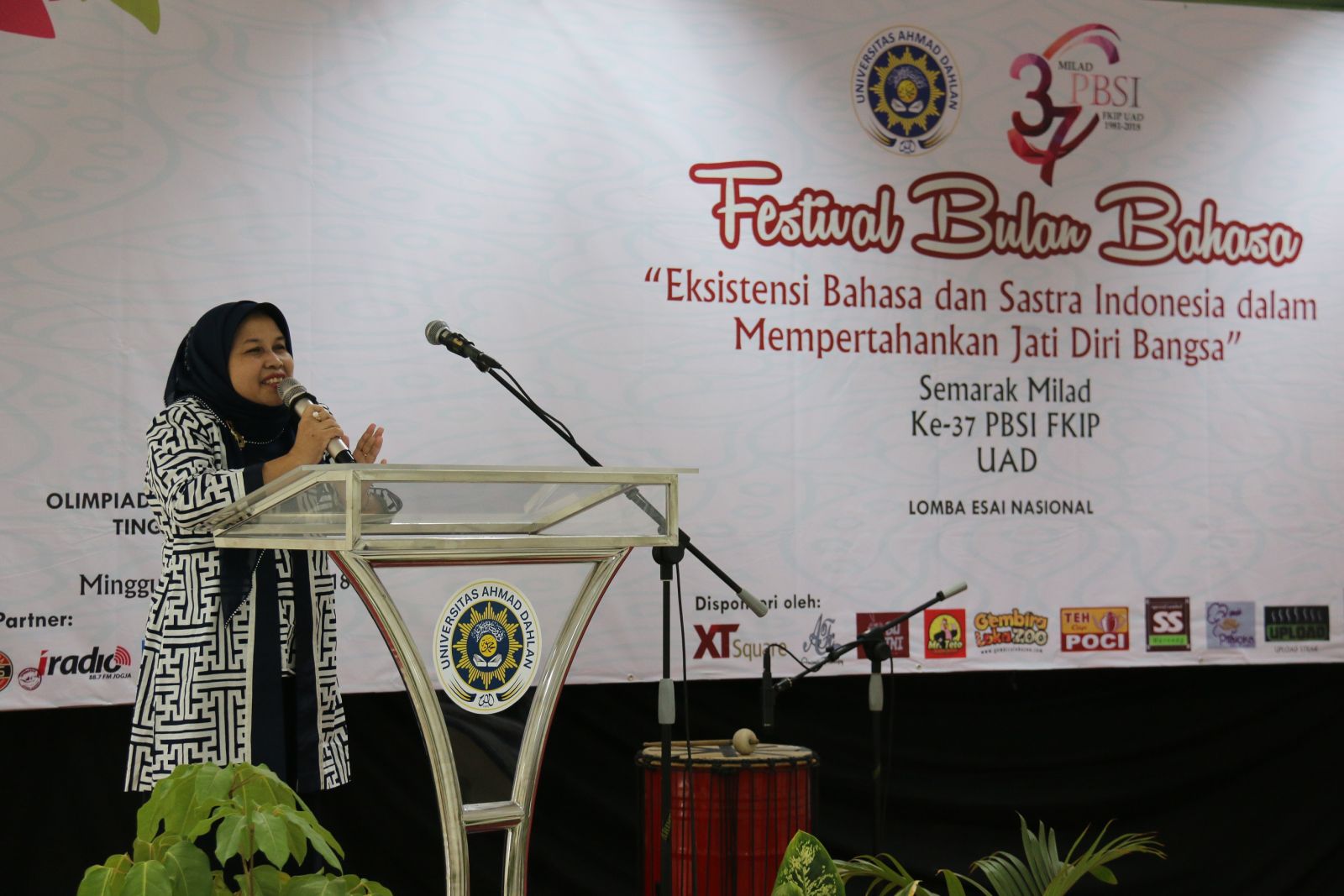 The 2018 Bulan Bahasa Festival was held in the west hall of UAD campus 4 on Jln. Ringroad Selatan, Tamanan, Bantul, Yogyakarta on Sunday (10/14/2018). On this occasion the Chairman of PBSI Study Program, Dra. Triwati Rahayu, M.Hum., delivered that this event was a part of PBSI Anniversary to contribute to Bulan Bahasa commemoration.

"Indonesian language is growing. In the future, it is possible for it to become an international language, at least in ASEAN. For that, everyone must realize the importance of Indonesian as a national identity," said Triwati.

Meanwhile, the Head of UAD Bureau of Student and Alumni Affairs (Bimawa), Dr. Dedi Pramono, M.Hum., asserted that language is the highest cultural product. "With language we can communicate and express our thoughts. However, it can also lead to a confrontation. Language has a special position that distinguishes humans from other creatures."

Dedi added that he respected PBSI which continued to hold and commemorate Bulan Bahasa. He expressed his hope that in the future there would be collaboration between PBSI and Bimawa so that there would be more participants in order for it to become a regular event at UAD and be a national-level event. (ard)

A Day without Shadow at UAD Scroll to top