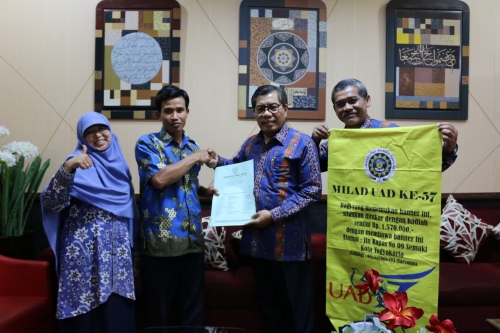 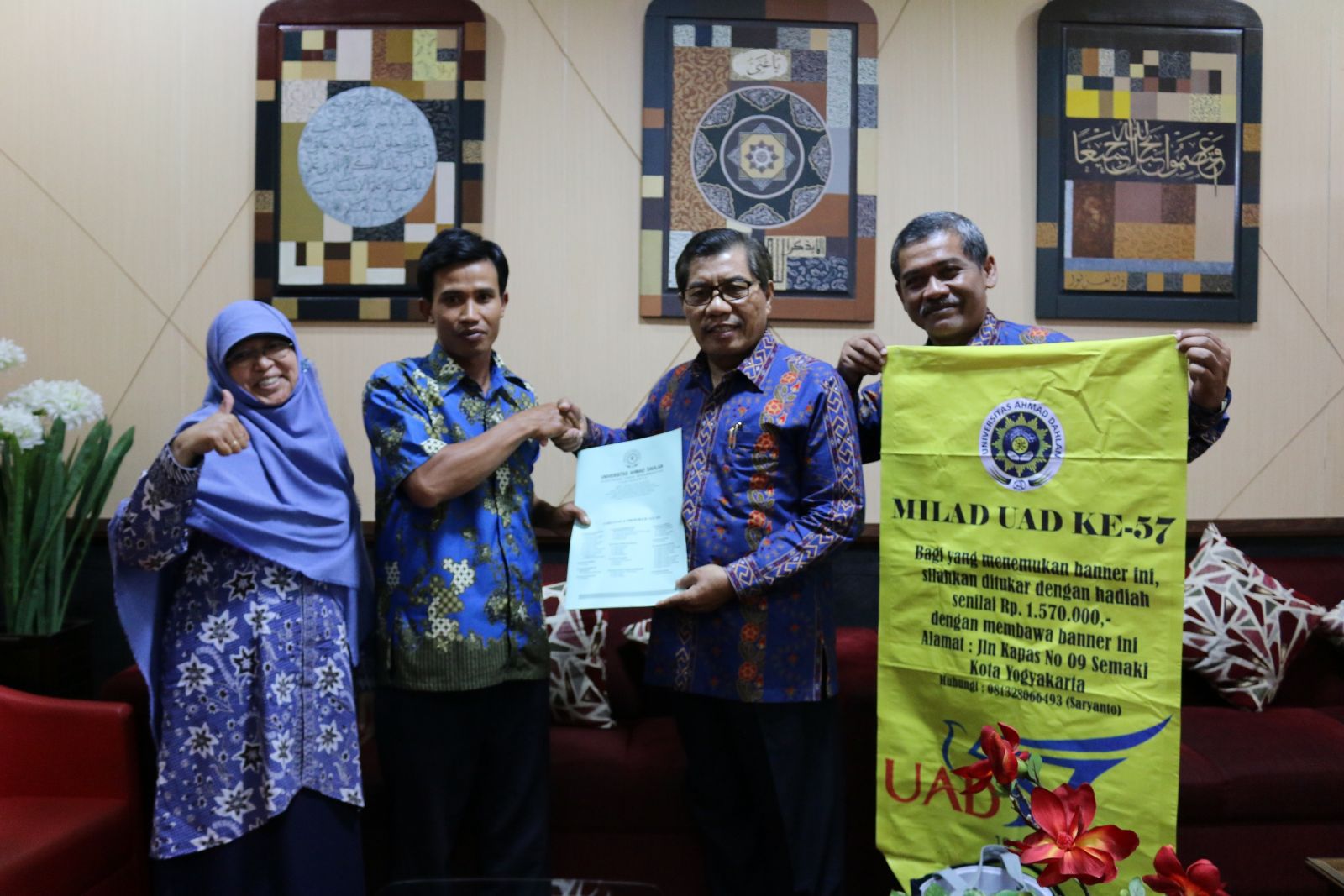 "One day when I was looking for grass, I heard an explosion. There's a bunch of balloons stuck in the clove tree in the front yard. Out of curiosity, I climbed up and grabbed a balloon along with the banner which read the 57th UAD Milad."

This is what was explained by Midomo, the discoverer of the prized balloons flown from Ahmad Dahlan University (UAD) on Sunday (14/1/2018). The balloons were released during a family gathering event on Campus 4 of UAD on Jln. Ringroad Selatan, Tamanan, Bantul.

Midomo is one of the people living in the area of ​​Mount Wilis, Madiun, East Java. This mountain has a height of 2563 meters above sea level. Every day, he works as a farmer and seeks grass for his livestock. Occasionally, he takes care of clove, chocolate, mangosteen, and durian trees that he planted 4 years ago.

"Alhamdulillah, I got this balloon and banner. At first, I doubted whether this was genuine or a fraud. Then, I asked my relatives and family to convince myself. After that, I contacted the number listed on behalf of Saryanto," explained Midomo, a man who has been blessed with two children.

On Sunday night at nine o'clock, with borrowed money from a brother, Midomo who is the husband of Nur Hidayah, headed to Yogyakarta. Along the way, he was still not 100 percent sure about the prized balloon. From his explanation, the last time he went to Yogyakarta was when he was still in junior high in the early 2000s.

After a 5-hour drive from Madiun, Midomo waited at a garage shop located between Jln. Kapas and Jln. Kusumanegara.

"I arrived at UAD at 2 am and the gate was still closed, still feeling anxious and unsure."

His effort by coming from Dukuh Totokan, Bolo, Madiun, which is located around Mount Wilis was paid off. He was welcomed by UAD's Rector, Kasiyarno, M.Hum., Vice Rector I, Dr. Muchlas, M.T., and representatives of Milad UAD committee from Faculty of Public Health (FKM). At the meeting, Kasiyarno officially represented UAD to hand over 2 million worth of money as a reward, and replaced the transport money that Midomo had spent which was worth 250 thousand rupiah, along with some souvenirs.

"Happy 57th Milad, UAD. Thank you very much. Hopefully, UAD will keep improving and be known to the public. I plan to use this money for my children’s school fees and to buy cellphone for my first child, Mirwa Sofiana." (Ard)