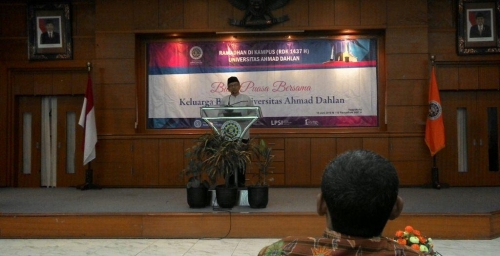 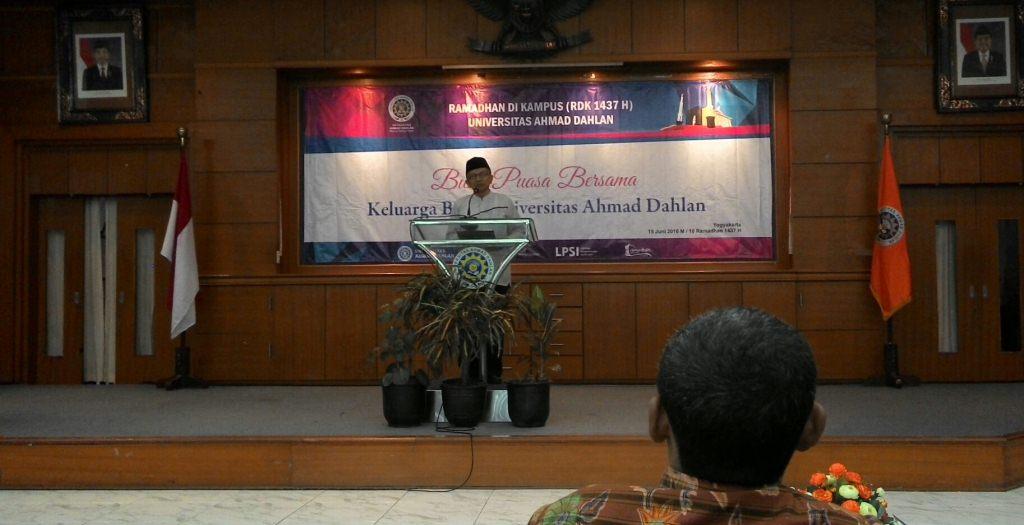 ‘What is the difference between state and Muhammadiyah Schools?’ It was a question, expressed once again by Drs. H.A. Dahlan Rais, M.Hum as he was delivering a speech at the end-fasting event last Wednesday (15/06/2016) at Auditorium Campus I University of Ahmad Dahlan (UAD).

For the man, who was born in Solo March 26th 1951, being Islamic means the moral conduct, which becomed the basis of the institution. Muhammadiyah is an Islamic modern movement. The criterions of Islamic modern among others are clean, regular orderly, discipline, and on time.

‘In Muhammadiyah, the students are trained in leadership, darul arqom and then they are organized in Muhammadiyah University Student Association (IMM) and Muhammadiyah institutions.’

At the end of his speech, he expected that UAD as a growing private university in Indonesia be a leading university and become reference of other universities.

To Be Successful: Do Charity, Be Creative and Their Maintain Brotherhood