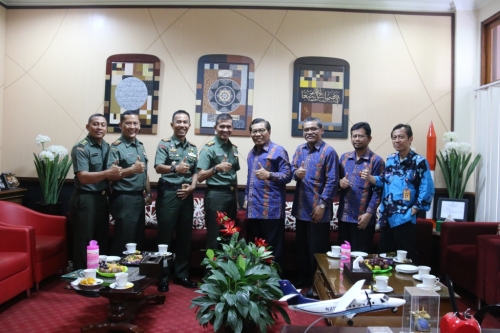 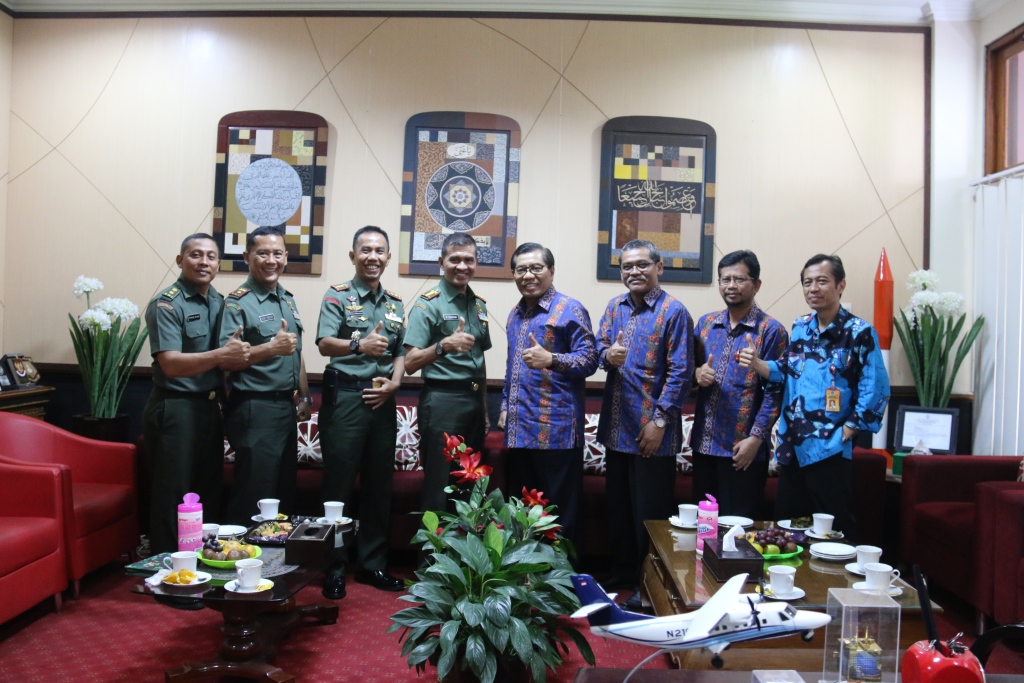 Danrem (the Head of Territorial Command at regency level) from Korem (Territorial Command at regency level) 072/Pamungkas Yogyakarta, Colonel Kav Muhammad Zamroni, S.I.P. visited Ahmad Dahlan University (UAD) Yogyakarta on Monday (27/2/2018). The visit was the first coming from a Danrem. According to his explanation, this was in order to strengthen the relationship between Korem and UAD.

"In this visit, we want to share the same vision for both institutions in terms of strengthening synergy. It is primarily in order to maintain the stability and security of the country from the latent threats that can cause disunity," he said.

He further revealed that it was important to maintain the relationship between agencies and institutions. Zamroni hoped that there would be cooperation between Korem 072/Pamungkas Yogyakarta and UAD. It would be great for them to be given the opportunity to meet the students and be invited to certain events in the campus.

Meanwhile, the Rector of UAD, Dr. Kasiyarno, M.Hum., welcomed his visit warmly. UAD itself has a good relationship with the Indonesian National Army (TNI). Through CIRNOV, UAD cooperates with PT Pindad and the Ministry of Defense and Security. (ard)

UPHEC 2018 to Improve Quality of Life