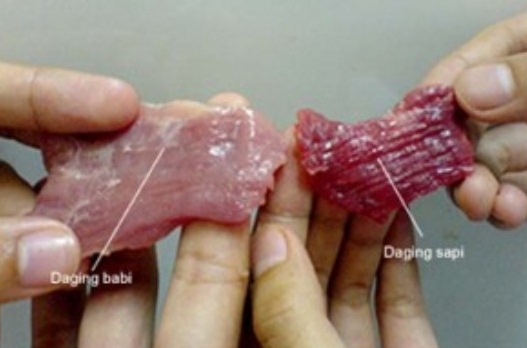 Halal food is an interesting topic to discuss. It is because food is a basic need for human welfare. Moreover the issue of halal food guarantee has worried Muslim consumers worldwide. It is because the counterfeiting halal components with haram or shubhah components in food products has been extensive and difficult to notice physically.

“To identify product containing non-halal components, it requires supporting methods. There are many methods used to identify non-halal containing-element food, for example spectroscopic method of Fourier Transform Infra-Red (FTIR) with chemometric combination. This method is used to identify non-halal compound functional groups or its derivative and compound group with the proximity to non-halal target compound,” said Dra. Any Guntari, M.Si., Apt., a lecturer of Pharmacy Faculty at Uiversity of Ahmad Dahlan (UAD) in her office on Tuesday (7/6/2016).

Moreover, she said that non-halal product could be identified by analyzing the characteristics of fat/oil through thermal analysis profiles with crystallization parameters and the melting point of non-halal compound. This method was known as Differensial Scanning Calorimetry (DSC). Each compound, which is observed with DSC method will result in different thermal profiles. Another method is Polymerase Chain Reaction (PCR). This method is used by the government to detect either row or processed food containing non-halal elements. The method is molecular biology based. This method analyses the isolated DNA of non-halal compound. The degree of sensitivity of this method is relatively high. With the scale of pictogram (pg) sample is enough to detect the non-halal element.

The weakness of this method is that it requires high financial cost. So, it needs further development to find cheaper, more practical, more efficient, and more universal method. The example of the development is by using Kit sensitive to foods containing non-halal elements. So far, most of the non-halal material consumed by people has already been in the form of its derivative, not in its original form, for example oil derivation product. So, it is difficult to identify.

Any said, now, researchers begin to develop electronic smell systems (electronic nose) involving various types of electronics chemical gas sensor with particular specificity. With appropriate statistical methods, this technique can identify complex odors. This technique is used for evaluating volatile compounds in material or food products. It is quite interesting for researchers.

This technique is claimed resembling the smell of human nose. By using typical fingerprint aroma, it is possible to detect the existence of non-halal component in food, pharmacy, and cosmetic products.