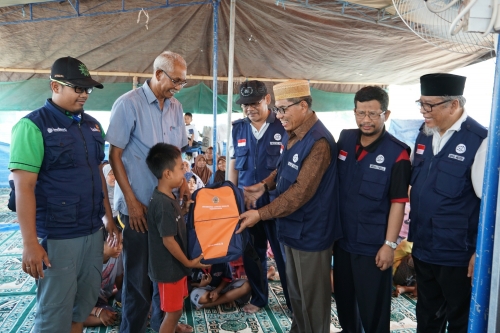 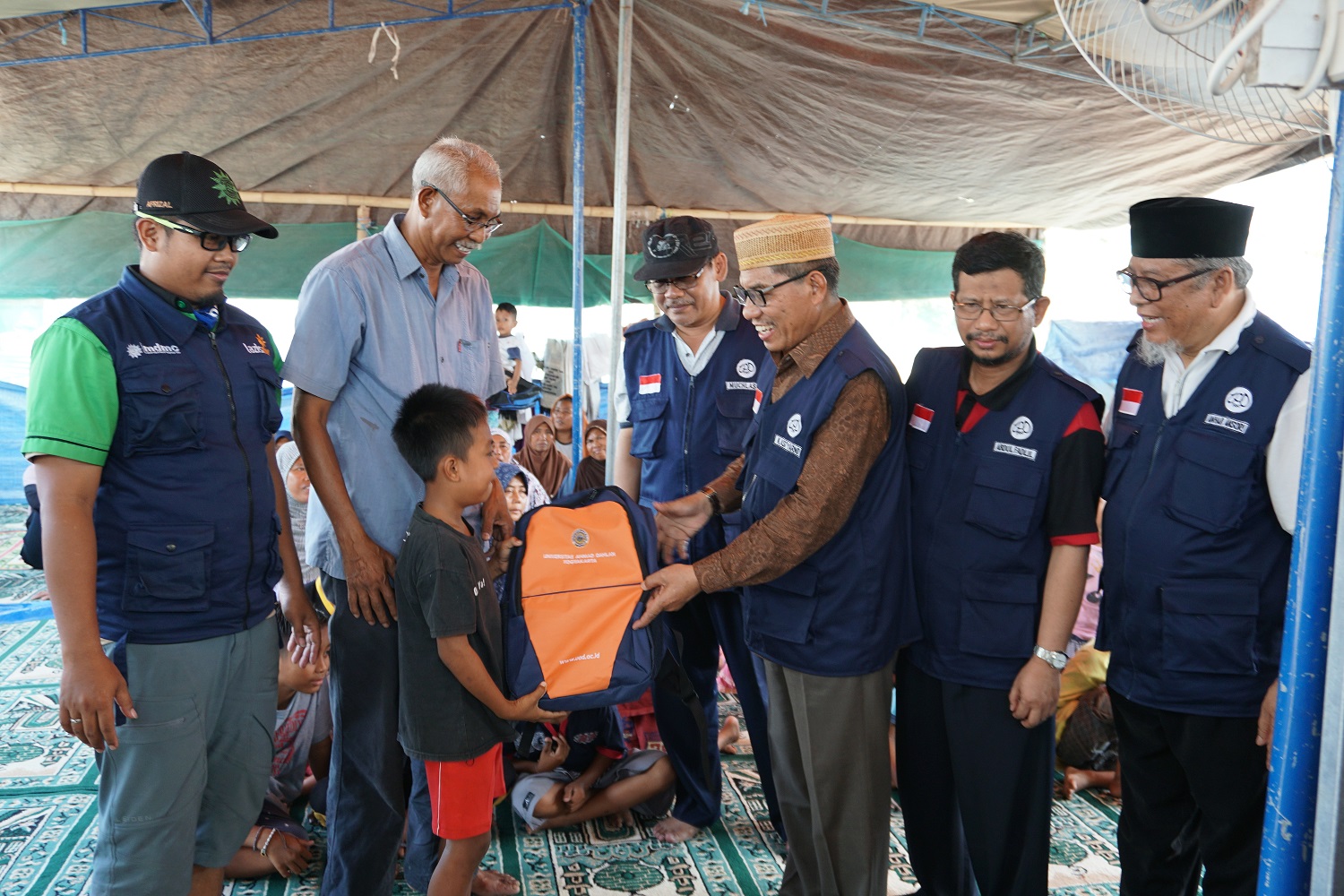 There were a total of ten students from Faculty of Psychology of Universitas Ahmad Dahlan (UAD) who were sent to West Nusa Tenggara (NTB) to help earthquake victims with their recovery.

"This month, there were ten students who were sent to become volunteers. Next month, there will be another ten students for the next three months," explained the Rector of UAD, Dr. Kasiyarno., M.Hum., who was interviewed while visiting into the site of the  earthquake in NTB while handing out symbolic assistance to residents in Pohgading, East Lombok on Saturday (6/9/2018).

The staff of the Institute for Research and Community Services (LPPM) added that UAD also provided temporary shelter (Huntara). It is planned that Huntara will be built right on the collapsed house of the residents. This is done for it to become a growing house.

"Meanwhile, we are surveying locations to find the right place," he explained later.

In addition to the Rector of UAD, on this occasion Vice Rector (Warek) I, Dr. Muchlas, M.T., Dr. Abdul Fadlil, M.T. Warek III, and the Head of the University Office, Dr. Hadi Suyono, S.Psi., M.Sc. also went to the location with LPPM staff and PR staff.