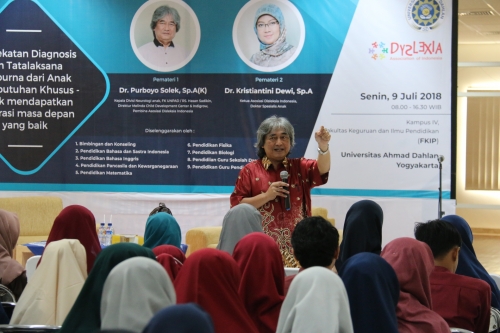 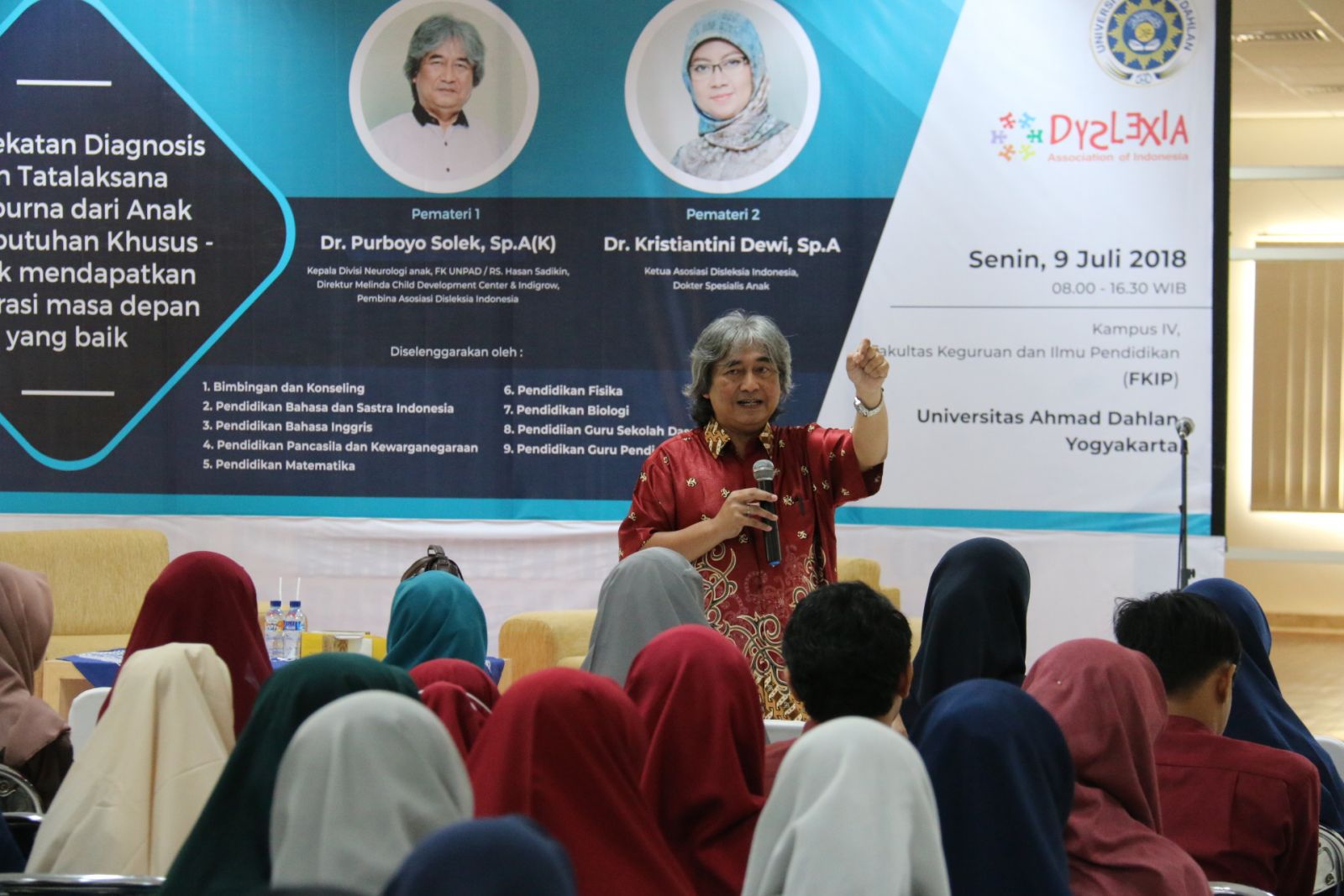 The Faculty of Teacher Training and Education (FKIP) of Universitas Ahmad Dahlan (UAD), in collaboration with Dyslexia Association of Indonesia (ADI), held an expertise public lecture. The event which took place on Monday (9/7/2018) at campus 4 of UAD on Jln. Ringroad Selatan, Tamanan, Bantul, Yogyakarta, was attended by second-semester students from all study programs in FKIP.

The public lecture was entitled "Diagnosis Approach and Ultimate Management of Children with Special Needs for a Better Future Generation". Present as speakers were Dr. Purboyo Solek, Sp.A (K)., the Head of the Division of Child Neurology, FK of Unpad/ RS Hasan Sadukin, the Director of Melinda Child Development Centers and Indigrow, the Coach of Dyslexia Association of Indonesia. The second speaker was Dr. Kristiantini Dewi, Sp.A., the Chairman of Dyslexia Association of Indonesia, a Pediatrician.

Rector of UAD, Dr. Kasiyarno, M.Hum., serving as the Chairman of ADI for the Special Region of Yogyakarta, in his speech conveyed that about 26 million people in Indonesia had dyslexia. According to him, this big number needed attention from all parties, especially from educators.

"Early on, prospective educators from UAD must understand the problems of dyslexia, especially related to education for people with dyslexia. There must be an innovative solution, so the education process for dyslexic students can be carried out normally," said Kasiyarno.

In response to the many problems and cases of dyslexia, UAD also plans to establish Child Development Center. Kasiyarno explained that dyslexia is one of the social disasters that require special attention.

Meanwhile, the Dean of FKIP UAD, Dr. Trikinasih Handayani, M.Si., conveyed that this expertise lecture is the continuation of Development of Learners (PPD) subject.

"PPD is a compulsory subject of the faculty. One of the materials requires the students to study children with special needs," he said.

He expressed his expectation that prospective educators from UAD could become pioneers as those who were able to understand the character of the learners, especially those with special needs. "As a prospective professional teacher, one of the competencies that we must have is related to the development of learners," he explained in front of FKIP students. (ard)