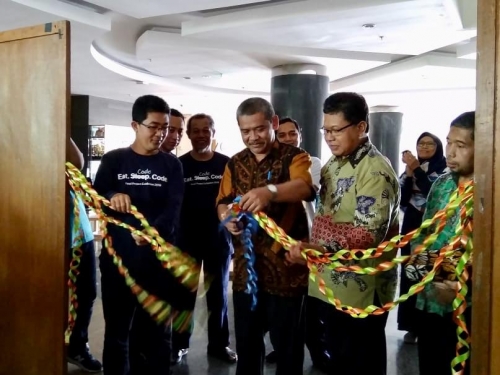 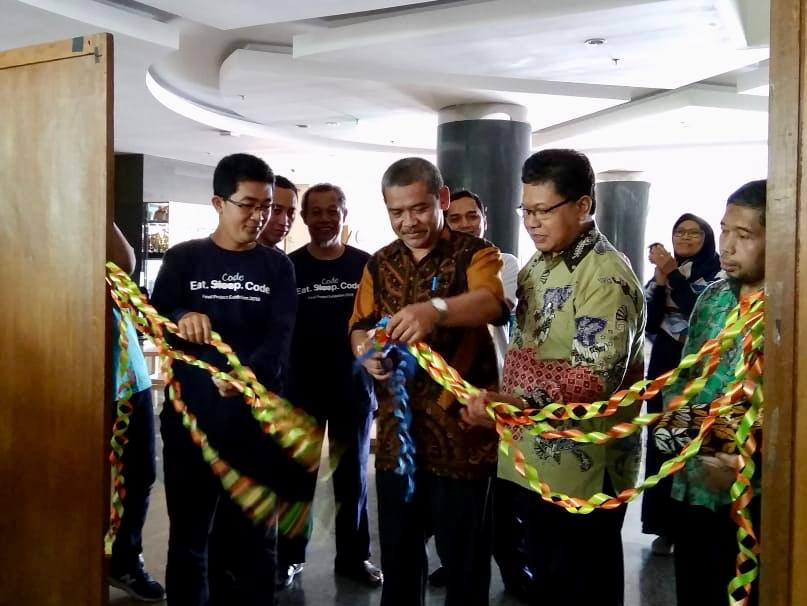 Final Project Exhibition (FiPEx) of 2018 successfully attracted the enthusiasm of students and the general public at Universitas Ahmad Dahlan (UAD). FiPEx of 2018 is an event aimed for exhibiting the work of students of Information System Study Program of UAD in the form of product applications, prototypes, and posters. These works are the result of projects in several courses to be exhibited in FiPEx.

"We are trying out a project-based learning process to trigger students’ new ideas and it turned out the results were very satisfying. There were lots of fresh ideas that emerged and had the potential to turn into startups," said Farid Suryanto, M.T., as a lecturer at Information System Study Program of UAD.

The exhibition which was held from Friday, December 28th to Saturday, December 29th 2018 was attended by Dr. Muchlas, M.T., as Vice Rector 1. "All competencies needed in the industrial era of 4.0 can be found in FiPEx of 2018," he said in the opening session of the exhibition. Furthermore, he said that activities like FiPEx needed to be initiated in other study programs at UAD so that fresh ideas from the millennial generation could emerge.

In line with Muchlas, Imam Azhari, as the Dean of FMIPA UAD, also said that project-based learning was the answer to challenges in the industrial era of 4.0. "I see the ideas displayed in this 2018 FiPEx worth producing for commercial needs. I also see that in the next two or three years, the ideas displayed here will become startups that will compete in the industry."

At the opening session of the 2018 FiPEx, Dr. Dedi Pramono, as the Head of Bureau of Student and Alumni Affairs (Bimawa) of UAD said, "the ideas exhibited here are great. They should be followed up," he said while attending the exhibition stands and trying out web-based game applications that were controlled by body gestures captured by a camera.

The Head of UAD PKM Center, Dr. Endang Darmawan, seemed very enthusiastic when trying out the Virus Shooter application that used Augmented Reality (AR) technology in one of the exhibition stands. In fact, he also had the opportunity to give appreciation Virus Shooter, a work by Muhammad Luthfiansyah, a third semester student of UAD Information System Study Program, by pinning a gold star. In this 2018 FiPEx, the gold star is the highest appreciation that will determine the final grade of students in related subjects.

There was also a talk show in the exhibition held at campus 4 of UAD that presented one of the Google Student Ambassadors for Yogyakarta region, Niken Wulandari. Niken, who is also a student of UAD Information System, shared her experiences at the Google conference held in Bali in 2017 and in Bangalore, India in November 2018.

"We deliberately presented Niken to inspire students to be more proactive to take the opportunity in networking with communities outside campus," said Hudzaifah Saiful Haq from the event division of 2018 FiPEx.

Farrizal Alchudri as the head of the committee added that there were 90 works exhibited in FiPEx of 2018. Furthermore, Farrizal said, "They have worked optimally of one semester to prepare their works and the technical implementation of the event and it turned out that it received big appreciation from the people."