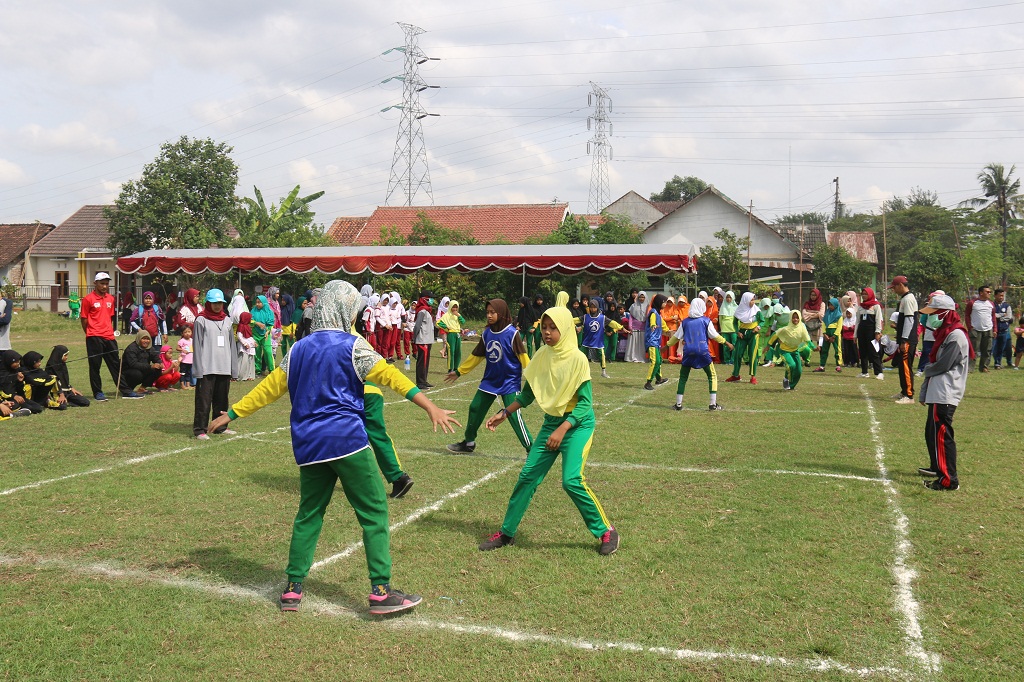 Some of the competitions included coloring and dance competitions, parade of saleh (pious) children, science Olympiad, traditional games competitions, and kid futsal competition. This is the third GPSD being held with the aim of creating competent students and takes place two times, on November 4 and 11, 2018.

Ika Maryani, M.Pd., a PGSD lecturer, explained that this event was to introduce PGSD UAD to the public. In addition, this event provided an opportunity for students to get to know traditional games.

"The traditional games, in its own time, were popular and liked by many people. In this era, new online games shift various local cultures, such as traditional games. We hope that students who compete in this event are competitive, so that they can optimize their potential," he explained.

Meanwhile, Dr. Dedi Pramono, M.Hum., the Head of Bureau of Student and Alumni Affairs (Bimawa) of UAD, expressed his pride to PGSD students who had organized the competitions based on the development of soft skills for elementary school students. According to him, soft skills were needed for nation leaders in the future.

"Leaders need leadership, cooperation, honesty, professionalism and integrity. The development of games like this needs to be done in the midst of the popularity of online games to develop children's potential," he said.

On this occasion, Surti Raharyanto from the Department of Youth and Sports Education (Disdikpora) of DIY Province and Sri Supriyantini from Disdikpora of Bantul Regency were also present. In his remarks, Surti emphasized that his department would cooperate with universities and various other agencies to improve the quality of education in DIY.

"Reintroducing traditional games is a good step to develop children's potential. In addition, children's physical health will also be maintained. At present, in Yogyakarta the prevalence of non-communicable diseases is quite high, and is even the highest in Indonesia. Many factors influence this conditon, one of which is the lack of physical activity," he said.

Surti appreciates GPSD held by UAD because it provides opportunities for elementary school students to express and compete with various schools. This will increase harmony between schools. He shared his expectation that GPSD will continue to be held in the coming years. (ard)

Sendikmad: Innovative Mathematics in the Era of Industrial Revolution 4.0