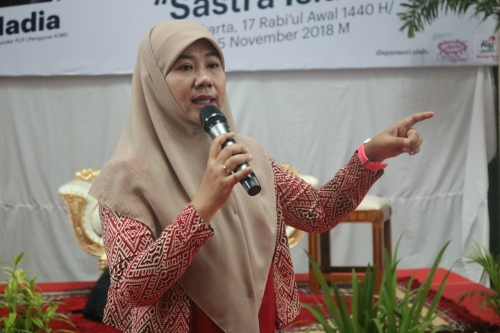 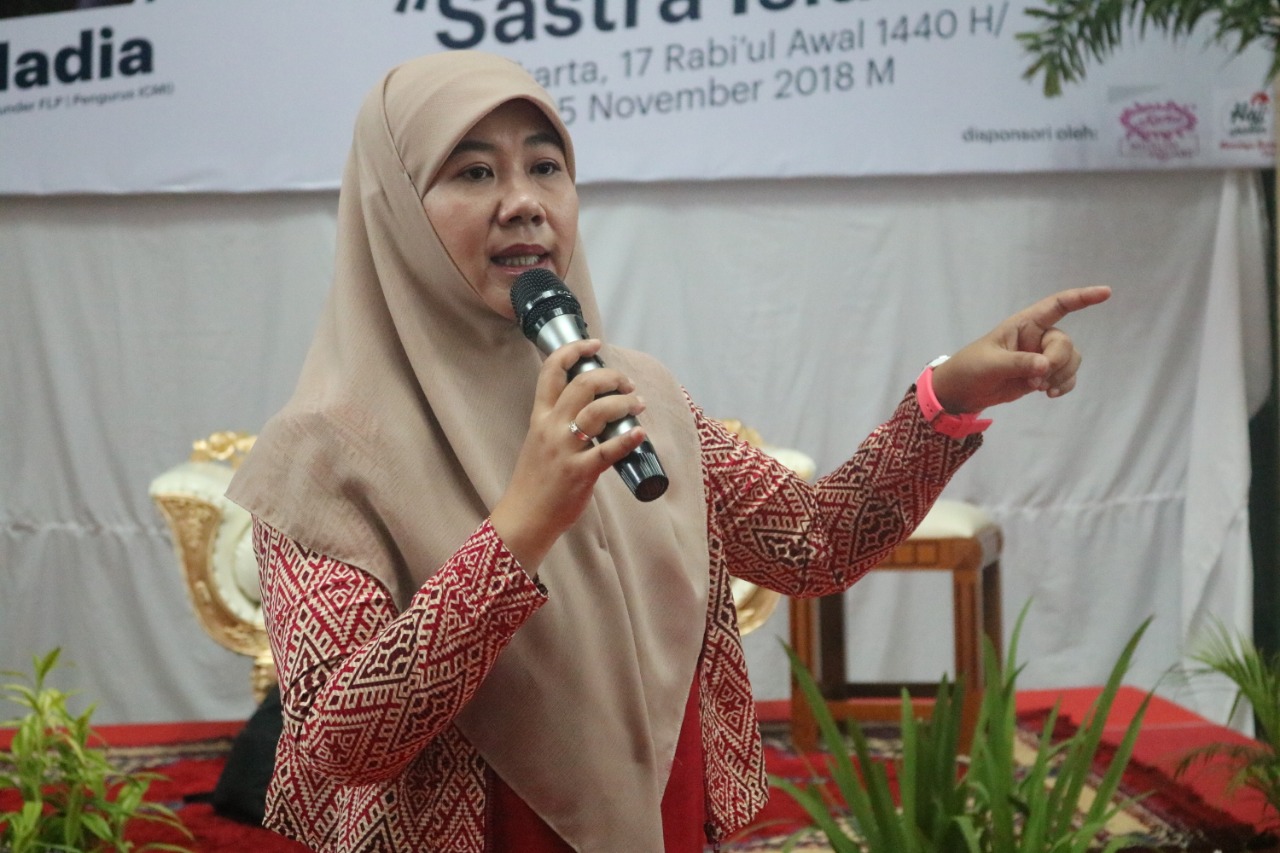 With a theme of "Islamic Literature", Student Islamic Boarding School (Pesantren) of KH. Ahmad Dahlan of Universitas Ahmad Dahlan (Persada) held a national seminar with Asma Nadia who is a book writer, motivator, FLP founder, and ICMI administrator as the speaker. Her books that have been published and taken to the big screen include Surga yang Tak Dirindukan, Assalamu’alaikum Beijing, and many more. The event took place on Sunday (11-25-2018) at 08.00-11.00 WIB on the 2nd floor of the Islamic Center Mosque of Universitas Ahmad Dahlan (UAD) in Banguntapan, Bantul, Yogyakarta.

The seminar was also attended by Mudir Persada, H. Thontowi S.Ag., M. Hum., who also gave a speech and opened the event. The event continued with the launch of the First Edition of UAD PERSADA Magazine. More than 700 participants who were UAD students as well as the general public were present at Islamic Center Mosque in order to enliven the seminar as well as increase their knowledge about Islamic literature.

Asma Nadia provided materials on the Dynamics of Literary Work, the Process of Creative Ideas in Penetrating the Print and Film Markets. She advised that students fully support Islamic film in Indonesia, especially D-7 before an Islamic film work was shown in theaters. The hope is for all Muslims in Indonesia to help publishing the film so as not to lose when competing with foreign films or other genres of films. This support will also make Islamic films shown in a lot of cinemas throughout Indonesia.

On that occasion, Asma Nadia gave seven signed books to for seven people who asked questions. Not only that, she also brought books and other merchandise that could be bought by seminar participants. The books purchased can be signed directly by Asma.

Many things were obtained by all participants in the seminar, including being able to take pictures directly with a writer whose works have been published in books or in films, which are now familiar to the public. (M.IA)