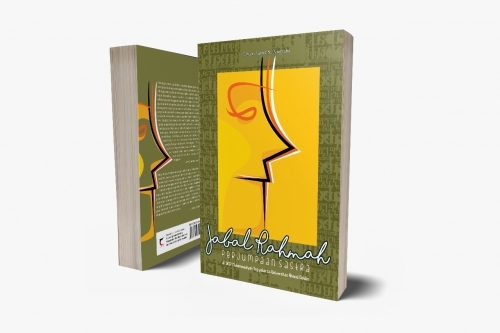 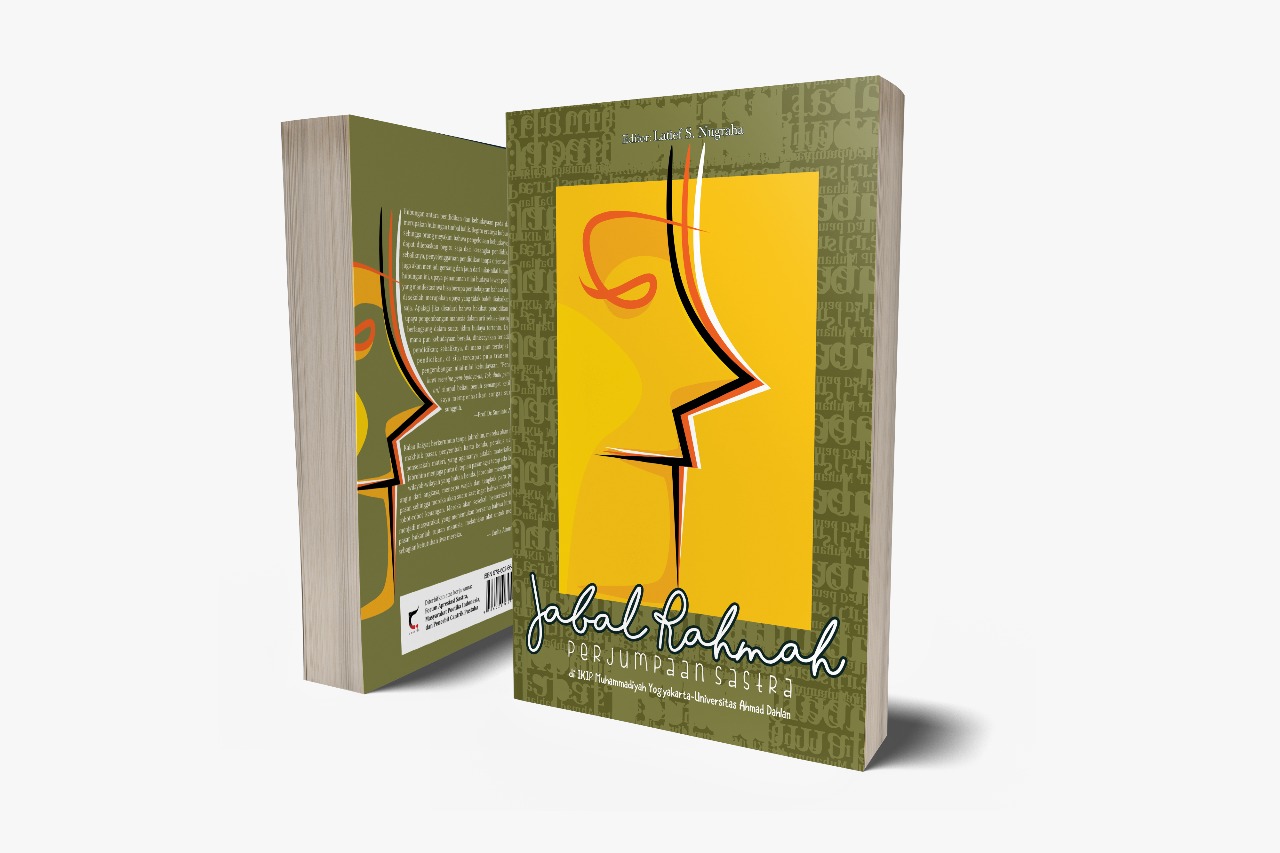 To celebrate the release of Drs. Jabrohim, M.M. as a lecturer of Indonesian Language and Literature Education (PBSI) Faculty of Teacher Training and Education (FKIP), Jabal Rahmah book launching event entitled "Pak Jab (Is Not) Retiring" was held on Monday, December 25th, 2017. Jabal Rahmah Book: Literary Encounter at IKIP Muhammadiyah Yogyakarta-Ahmad Dahlan University is a Jabrohim retirement memento presented by Komuitas Sastra Alumni of Ahmad Dahlan University (KSA-UAD). This book is divided into two parts; Tegur and Sapa, compiled of 39 notes by writers, poets, associates, and colleagues of Jabrohim. In the note, there are some famos names like Suminto A. Sayuti, Emha Ainun Najib, Tirto Suwondo, Suwardi Endraswara, Mustafa W. Hashim, Iman Budhi Santosa, B. Rahmanto, and many more. Dr. Kasiyarno, M.Hum., in the Rector's Speech section, writes that every author's record in the book is what makes it a historical inscription.
The book is compiled and published based on the idea proposed by ​​the students and alumni of Indonesian Language and Literature study program, Faculty of Teacher Training and Education, Ahmad Dahlan University and is presented as an effort to record the literary event that has been taken place in UAD since it was still called IKIP Muhammadiyah Yogyakarta. Therefore, every note written in this book manifests as historical evidence. (2017: ix)
As written by the Rector of UAD, Jabal Rahmah is indeed published with the aim of keeping a memento of Jabrohim as a lecturer of FKIP PBSI. However, since Jabrohim plays an important role in the development of literature in UAD, this book also records the history of the development of literary movement since UAD is still called IKIP Muhammadiyah Yogyakarta until today. Prof. Dr. Suminto A. Sayuti, in his notes entitled "Understanding Pak Jabrohim" who is also a prologue in this book tells his close relationship to Jabrohim who is like a family to him. In fact, literary activities that he did when he was appointed as the dean of the Faculty of Languages ​​and Arts (FBS), Yogyakarta State University (UNY), was more or less inspired by Gerakan Sastra(-wan) Masuk Kampus led by Jabrohim at IKIP Muhammadiyah Yogyakarta at that time.
Why Pak Jab embraces "stubborn aesthetics" when it comes to literary process? According to him, as one of the sectors of cultural activities, the literature of a nation necessitates the existence of areas of intellectual life that encompass three areas, i. e. productive / creative / creating, reproductive / recreational / observation-and receptive / appreciative / enjoyment. (2017: xiv)
In the prologue, Suminto A. Sayuti explains the foundation of Jabrohim's "stubborn aesthetics", that culture and education are closely interrelated that if education is done without a cultural orientation, it will be lacking of noble values.
Anes Prabu Sadjarwo, shared his personal memories with Jabrohim during his study at UAD. He calls Jabrohim a strange lecturer, who did not stick to conventional rules.
I do not acknowledge lecturers who teach how to write with dull pen. Well, Pak Jab is one of the lecturers I like because he does not only deliver nonsense. Pak Jab has piles of works, especially papers and ideas that he can realize. Pak Jab wrote poetry, essays, research guide books, and is also a great editor. (2017: 166)
In Anes’ eyes, Jabrohim always forced students to read literature as much as possible. In his lecture, Jabrohim often told his experiences with famous literature figures. Learning process is, for Jabrohim, the liberation of mind. Jabrohim did not follow the rules around him just to be able to fit in, he dared to stand in the way of the flow even though he was alone. This then refers back to Suminto A. Sayuti’s term that Jabrohim embraces "stubborn aesthetics".
In the Epilogue section entitled "Jangan Sampai Tak Ada Jabrohim", Emha Ainun Najib (2017: 178) writes, "If you look at Jabrohim from the earth: Jabrohim is just a lecturer, a university administrator in his Faculty. A loving husband. An encouraging father and a generation guard who will be away in the future. A friend who cannot bear not to give, offer his heart and hands to help and make everything easy for anyone surrounding him." (Dev)
https://uad.ac.id/wp-content/uploads/field/image/buku_jabal_rahmah_0.jpeg 333 500 webmaster https://uad.ac.id/wp-content/uploads/logo-uad-akreditas.png webmaster2018-01-11 02:24:242018-01-11 02:24:24Jabal Rahmah: A Note on Memories and Love to Jabrohim