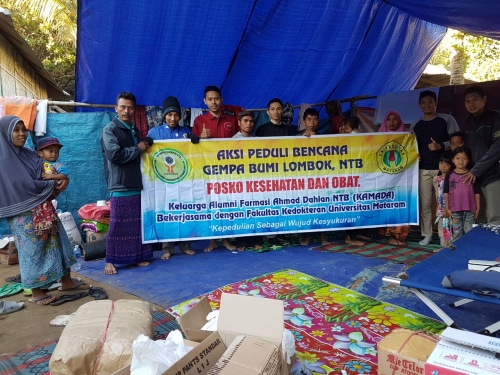 Ahmad Dahlan Alumni Association of Faculty of Pharmacy (Kamada Farmasi) in West Nusa Tenggara (NTB) established a medical center for victims of the earthquake in Lombok. The post was established in collaboration with the Faculty of Medicine (FK) of Universitas Mataram (UNRAM). 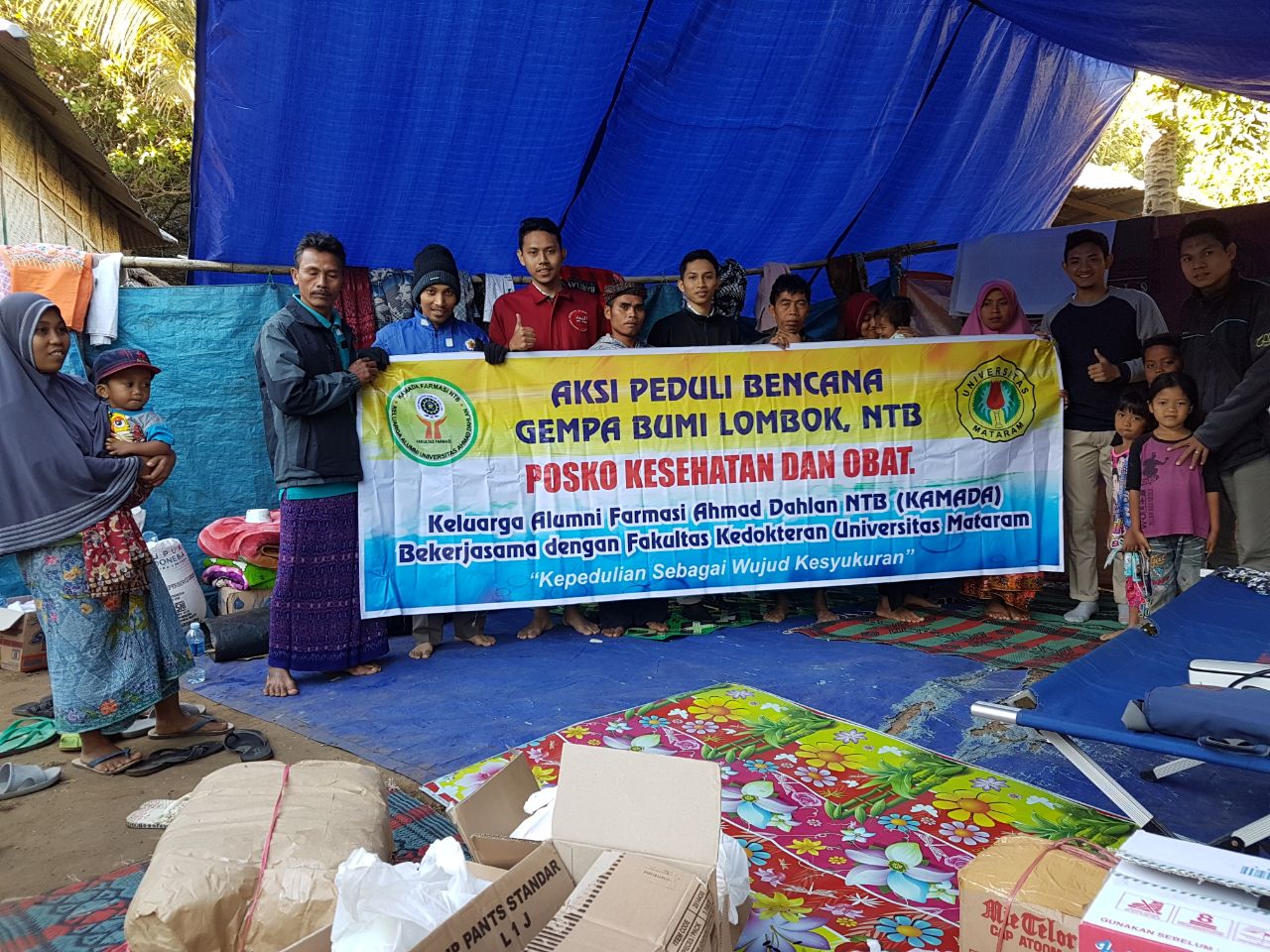 From the explanation from Dzun Haryadi Ittiqo, M.Sc., Apt., the Chairman of Kamada Farmasi of NTB, a post was established to provide medical access for earthquake victims. "Disasters give us many lessons, including increased solidarity and caring for others. It aso builds a sense of empathy, and sympathy in the community," he explained.

He, who is also a lecturer at Universitas Muhammadiyah Mataram added that a lot of knowledge learned while being a student could be implemented in the community, especially in disaster locations. He and his team moved from one place to another to facilitate medical access.

In providing services to the community, it is emphasized to always be patient, smile, and friendly, so that the victims feel like they have found new relatives at the refuge center. "Both academic and non-academic knowledge that I got while studying at UAD are useful and can be applied at disaster locations," said the man who was also active at Regional Executive Board of Indonesian Pharmacist Association (PD IAI) of NTB.

According to his statement, pharmaceutical workers could not intervene with the disease examination, so they needed to cooperate with FK of UNRAM. The problems they faced while at the disaster site were the limited drug logistics and the difficult access that made it difficult for them to reach isolated places. Currently, Dzun and Kamada Farmasi of UAD still continue to provide health services for the earthquake victims in Lombok. (ard)

P2K of UAD Batch Two to be Participated by 2,800 Students