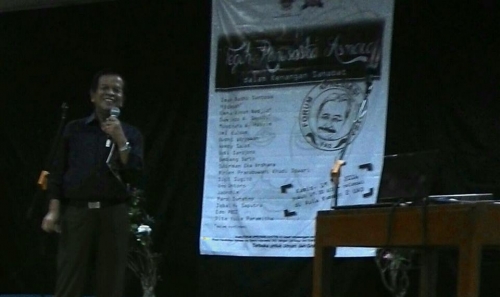 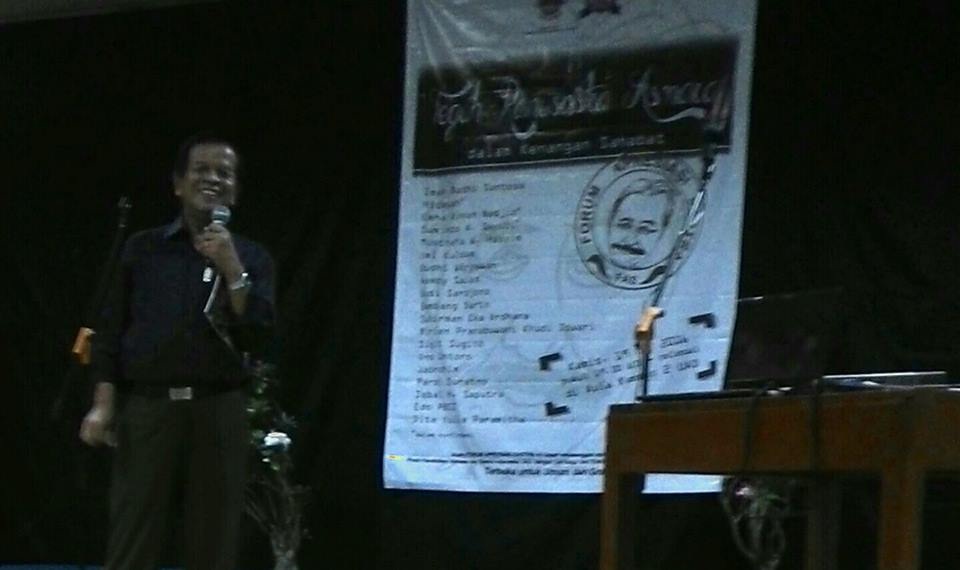 Who knows no Teguh Ranusastro Asmara in literary circle of Yogyakarta? Teguh used to attend any University of Ahmad Dahlan’s (UAD’s) literary gathering, he was not never present.

‘Brother Teguh was the first man to write literary works among our colleagues. He was the man, who treated them besides Cak Nun (Ehma Ainun Najib,’ said Imam Budi Santosa in his speech.

‘He worked faithfully while we wrote by motives, I emphasized,’ Sutirman, one of the late’s close friend, emphasized in an event with the theme In Memoriam of Teguh Ranusastro Asmara at Hall of Campus II UAD last Thursday (19/05/2016)

‘But brother Teguh did not do that. He wrote with no individual interest, getting wages or not. He kept producing literary works,’ Sutirman continued.

The event was marked by poetry reading. The first reader was Dita of Indonesian Education Department (PBSI) student followed by her colleagues and friends of the late Teguh Ranusastro Asmoro.

Jabrohim, Teguh’s comrade and lecturer of UAD, said ‘Teguh was a chum as well as brother, who was always present at any Literary Appreciation Forum (FAS) to facilitate students of UAD.’

Besides Jabrohim, poets and writers from and around Yogyakarta were present at the event to appreciate the dedication of the late writer by poetry reading.

Teguh used to work as an editor staff for a magazine and for some other media. Last, he worked for an online media as a journalist.