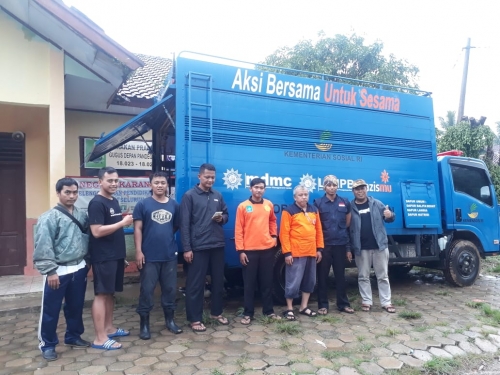 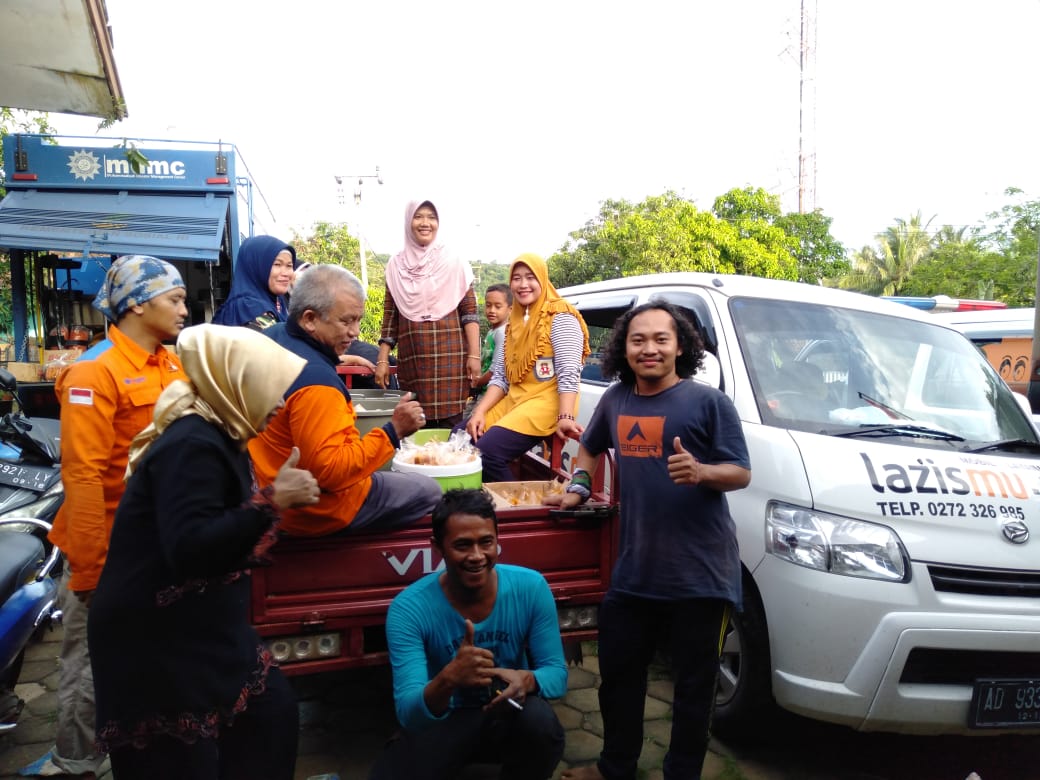 From the results of the coordination, Madapala sent two delegates, i. e. Muhammad Ainul Yaqin from Law Study Program and Dodi Irawan from Communication Studies Study Program. Both of them are members of MDMC Yogyakarta. This joint volunteer team departed from Yogyakarta on December 23rd, 2018 at 23.00 WIB. They arrived at the location of the Muhammadiyah main post at 14.00 WIB on December 24th, 2018.

The team from Madapala of UAD has the task of distributing logistics to evacuation posts. One person serves in the main post, while the other is in the location affected by the tsunami. On December 25th, 2018, the team distributed foods of one pick-up truck and one MDMC car for the public kitchen.

From the information obtained by the team at the location, the total population that was evacuated was around 450 households or 1,500 people. This number did not include local residents of Karang Bolong village, Cileungsi District, Pandeglang Regency, Banten.

UAD Madapala team will serve until January 4th, 2019. But if they are still needed, they are ready to continue the humanitarian work in Banten until the condition gets better. (doc)