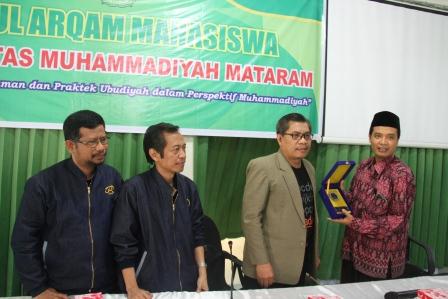 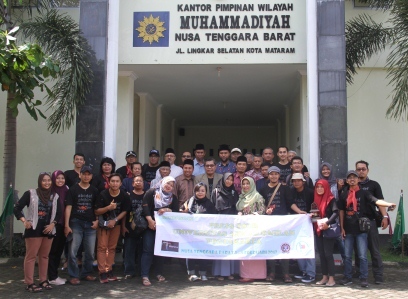 “There are more than 300 students of UAD from West Nusa Tenggara (NTB) each year” said Dr. H. Kasiyarno, M.Hum. in his speech in the Province Board of Muhammadiyah (PWM) Lombok, Saturday (4/2/2017).

Kasiyarno added, "The trust of NTB people in UAD is the main reason for us to see this place in person. Currently, NTB becomes the province which has the highest number of students in UAD compared to other provinces in Indonesia. "

"Now, Subhanallah, how big UAD is. So, it is no wonder that there are many students from NTB who study at UAD, "he said then.

Meanwhile, H. Falahhiddin M.Ag., the chairman of the PWM said, "UAD visit in PWM in Lombok becomes an inspiration to us who wish to increase. The story from Dr. Kasiyarno as Rector, the responses from Drs. M. Nasir Safar, M.Sc. as Vice-Rector (WR) 2, and Dr. Abdul Fadlil M.T. as WR 3, encourage us to be more eager to move forward."

This visit was also participated the Public Relations and UAD staff, as well as some journalists from Yogyakarta. (Doc)