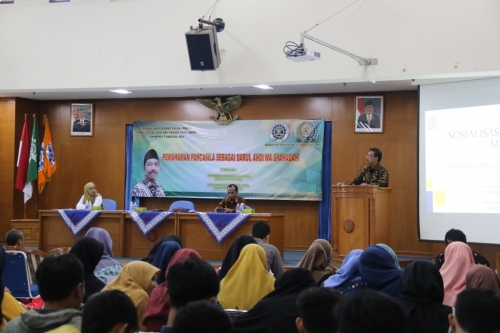 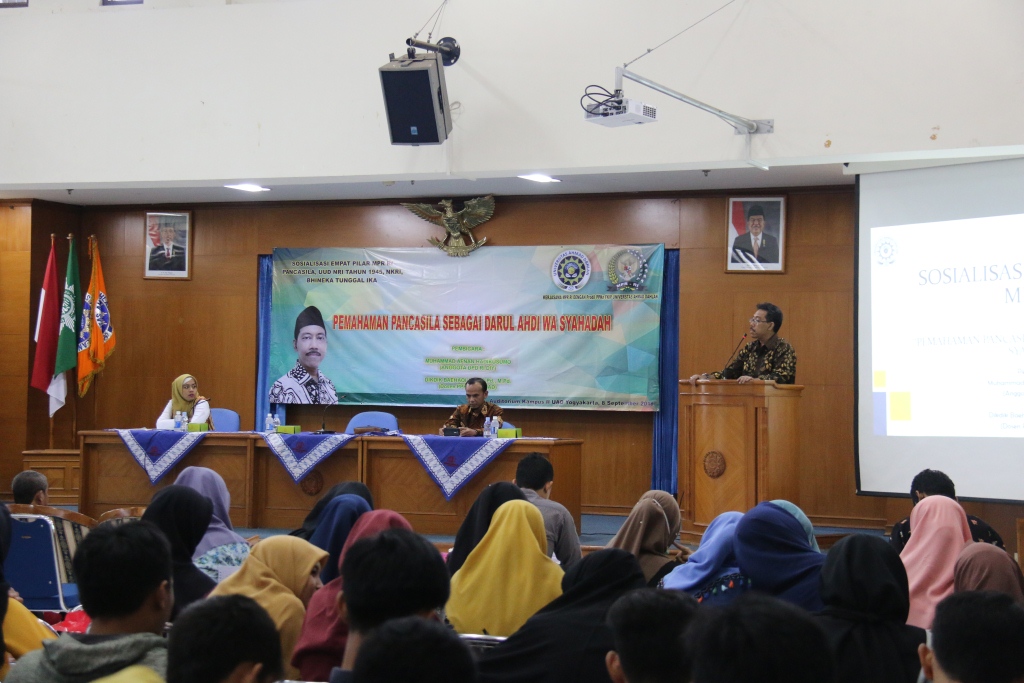 This socialization is entitled "Understanding Pancasila as Darul Ahdi Wa Syahadah" with Muhammad Afnan Hadikusumo, a member of DPD RI and DIY, and Dikdik Baehaqi Arif, S.Pd., M.Pd., a lecturer from Civics study program of UAD as the speakers.

The event took place on Saturday (8/9/2018), at the auditorium of UAD campus 2 at Jln. Pramuka 42, Yogyakarta. It was initiated by the alumni of Civics study program. The four pillars discussed were related to Pancasila, the 1945 Constitution of Indonesia, the Republic of Indonesia, and Unity in Diversity.

In his remarks while opening the event, UAD Vice Rector I, Dr. Muchlas, M.T. conveyed the importance of understanding Pancasila for UAD academics. "We hope that the entire community of UAD has a stronger commitment to believe in the Unitary State of the Republic of Indonesia which is based on Pancasila," he said.

On the other hand, related to the theme raised in the event, Muchlas explained that Muhammadiyah viewed Pancasila as the final Darul Ahdi Wa Syahadah, as the basis of an independent state. For this reason, independence must now be maintained by conducting various movements to improve the welfare of the community.

"Muhammadiyah view on Pancasila and the nation must be continuously socialized so that all cadres know about it." (Ard)

After Participating in Peksimida DIY 2018, UAD Send Represetatives to Peksi... Scroll to top