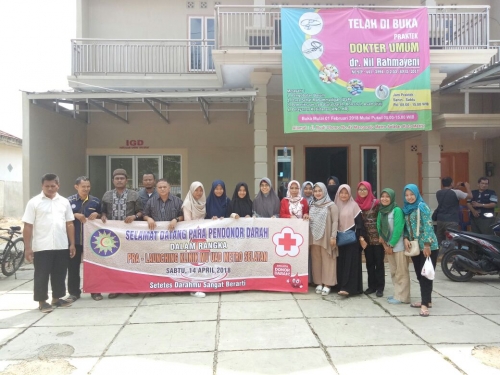 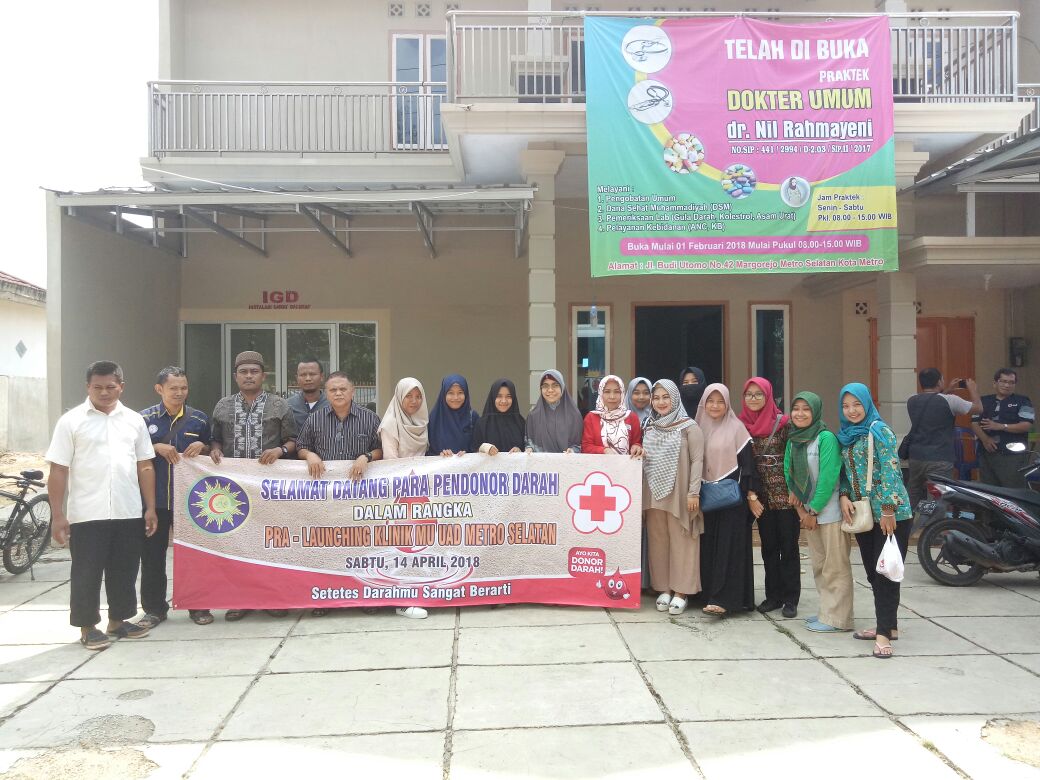 Muhammadiyah Clinic of Universitas Ahmad Dahlan (MU UAD) Metro, Lampung, held a pre-launch by organizing a blood donation event on Saturday (14/4/2018). On this occasion, MU UAD Clinic cooperated with the Indonesian Red Cross Society (PMI) Metro. The event was held in the front yard of the building and was attended by the people near the area.

"This activity is a form of promotion, informing the community that there have been many activities done in MU UAD Clinic, as well as notifying the people that there is already a clinic that has been operating in Metro. It's still a pre-launch, and we will officially start operating from April 22nd," said dr. Nil Rahmayeni, the clinic manager.

Meanwhile, the Chairman of Metro PMI, Yahya Wilis, said that PMI really appreciated this blood donation event. Moreover, up until now, PMI could only get 800 bags of blood out of the 1,200 bags targeted to meet the needs of blood in Metro city.

"In addition to permanent blood donors, to meet our target, we try to collaborate with some communities to hold voluntary blood donations," he said.

On the other hand, Linda, a community member who participated in the blood donation event expressed her expectation for this activity to be held on a regular basis. According to her, who had already taken her blood four times, blood donation would nourish her body, in addition to being able to help those in need. (ard)