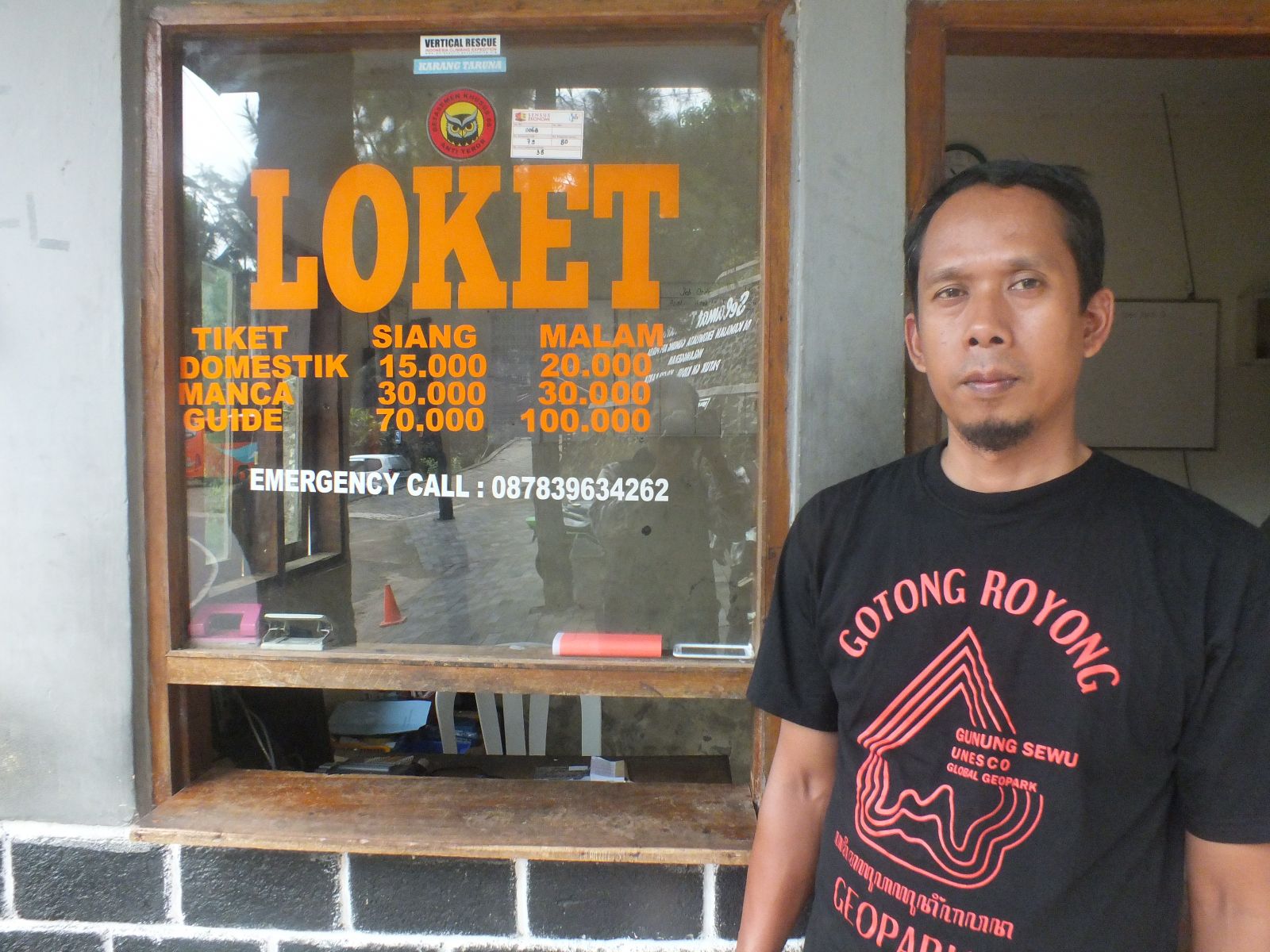 “Sugeng has big contribution in developing ancient volcano at Nglangeran. He has good networks and be a mobilizer in tourism activities.” Said Mursidi, the head of Tourism Cognizant Community (Pok Daris) at his office, Nglangeran Gunung Api Purba, Thursday (6/10/2016).

Beside his ability to be mobilizer, he was also a man who could organize this tourism object well so that this object become well-known. This can improve the economy of people around.

In line with what some parking attendants said, Mursidi also  said that Sugeng as a secretary, had a significant role the tourism management. He had good performance and good speech in working. He also had a good communication skill. He maintained to communicate with people under his management or around he met and in small discussion forum to discuss the development of the tourism village.

“Ahmad Dahlan University (UAD) has a great contribution in developing Sugeng’s charater, so he is able to manage the tourism village properly. Although he is from industrial engineering department which is not match with tourism, he always tries to improve himself to have maximum effort in developing tourism village. One of his achievements is  intranet system to facilitate communication to the outside. He created the web, Facebook account and other social media he had learned in UAD.” said Mursidi.

Mursidi also said that UAD was one of outstanding campus in Jogja. UAD had created many great students or beneficial human resources for human welfare like Sugeng.

“Sugeng is able to manage Ngalangran village into tourism village. Previously, people in this village were only farmers, but now, they can make use their natural resource to improve their life.” He said. (Sbwh)

FTI Alumnus succeeded in raising the society awareness about Ecotourism of Ancient...