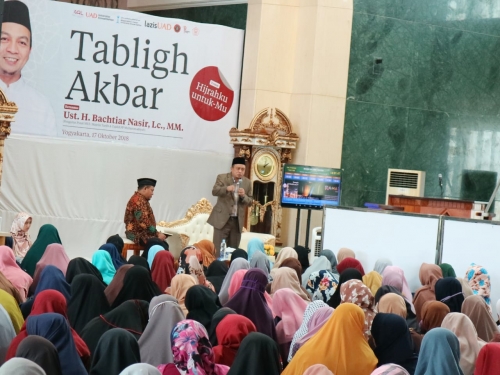 Universitas Ahmad Dahlan is one of the Muhammadiyah universities that has gained trust as a university that produces Muslim scholars who prioritize moral, intellectual and integrity values. There are various ways that can be done to shape moral values in students,  one of which is holding a tablig akbar activity. With tablig akbar, one can provide a foundation and broad insight into religious values ​​so that moral values ​​are easy to shape. 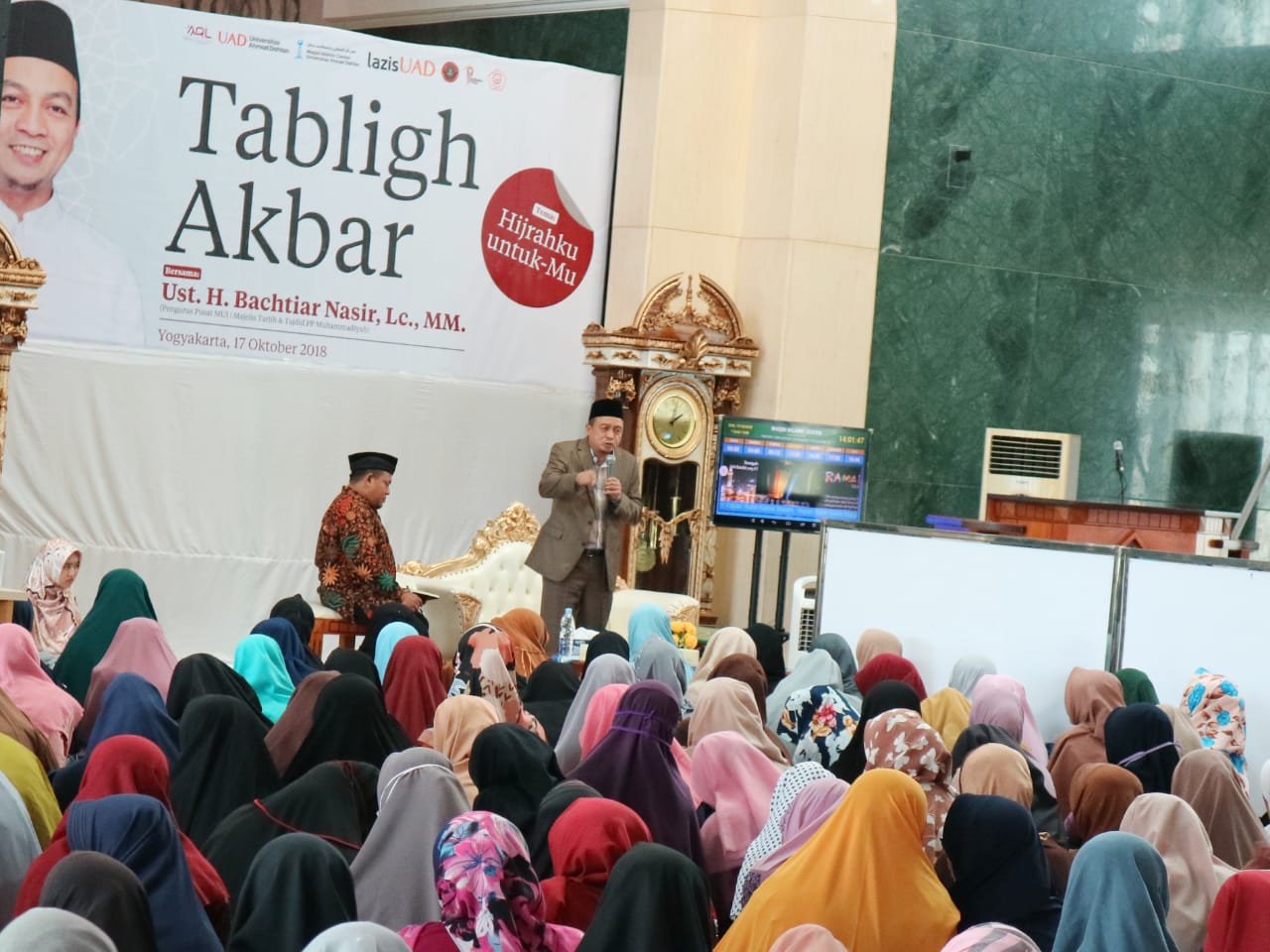 The Ministry of Religious Affairs under the Student Executive Board (BEM) of Universitas Ahmad Dahlan Yogykarta has successfully held a tablig akbar with Ustaz H. Bachtiar Nasir, Lc., M.M. as the speaker on October 17, 2018 at UAD Islamic Center Mosque. The event took the theme of "My Hijrah for You". The tablig akbar, which was attended by more than 1,000 worshipers, began at 12.00 WIB before the Ashr prayer. The committee provided 2,000 lunch boxes for the participants.

The theme taken for the tablig this time was very millennial, according to Bachtiar Nasir. He explained that hijrah needed to be done for Allah SWT, and should be in accordance with the teachings of the Qur'an and Al-Hadith. He attributed the condition in Indonesia that had been stricken by consecutive natural disasters with the human attitude in Indonesia itself. He explained that really Allah SWT had warned the people through the earth with the earthquakes, those in Lombok, Palu and Donggala.

"Indeed, the earth is talking and warning people to improve their morals. That is the pattern of communication from the Almighty to His servants. As stated in QS. Al-Qamar verse 4 which means, ‘There have come to them stories in which there is a threat to infidelity. If you look at the time of the people of Noah who did immorality, like being lesbians and drinking liquor, they did not follow the advice of Noah, then indeed Allah SWT inflicted punishment on them'," explained Bachtiar Nasir.

Many stories of the people of the previous prophets who, when viewed from their morals, were not in accordance with what is taught in Islam, and in the end would get a punishment. The punishment actually includes a reminder that Allah SWT loves His servants.

Therefore, the true hijrah must be accompanied with knowledge, namely the real hijrah based on the Qur'an and the Sunnah, by obeying all His commandments and being away from all His prohibitions. Then, hijrah also begins with moral change. With good morality that always draws one closer to His creator, disasters can be avoided.