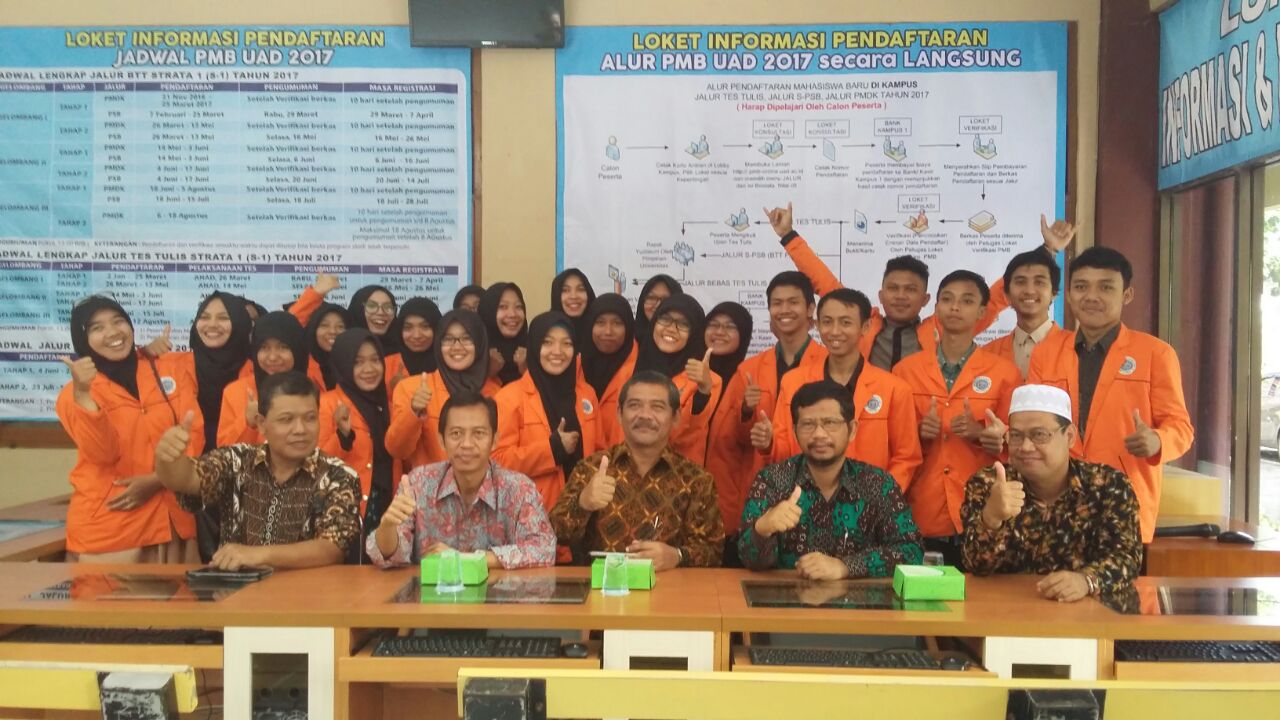 As in previous years, UAD used the Student Employment (SE) services or the final semester students who were working on thesis (not the early-year students) to deal with PMB so that it would not disturb students in studying.

“This year, there are 30 student employees who serve registration. They are students of UAD who have been selected from several faculties. We also give them training and guidance. Said Drs. Dedi Pramono, M.Hum., the head of BAA in his speech.

In that occasion, Muchlas advised the student employees (SE) to give the best service to prospective students or applicants with physical, appearance, and mental preparation.

He also informed SE that in 2018, outstanding and productive graduates would be supplemented with letters and official documents by UAD.

"UAD will also record the students who were active in the organization, including those who have work experience as SE in UAD," he explained.

The event ended with a joint prayer led by Abdul Mukhlis S.Ag., M.Ag, the head of “Tafsir Hadith” Study Program.