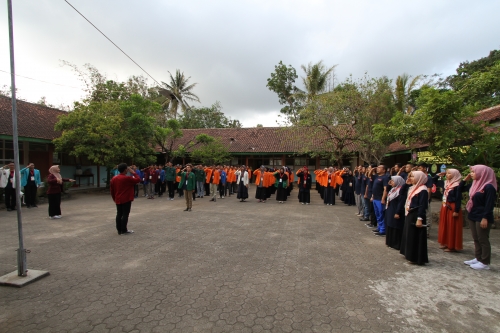 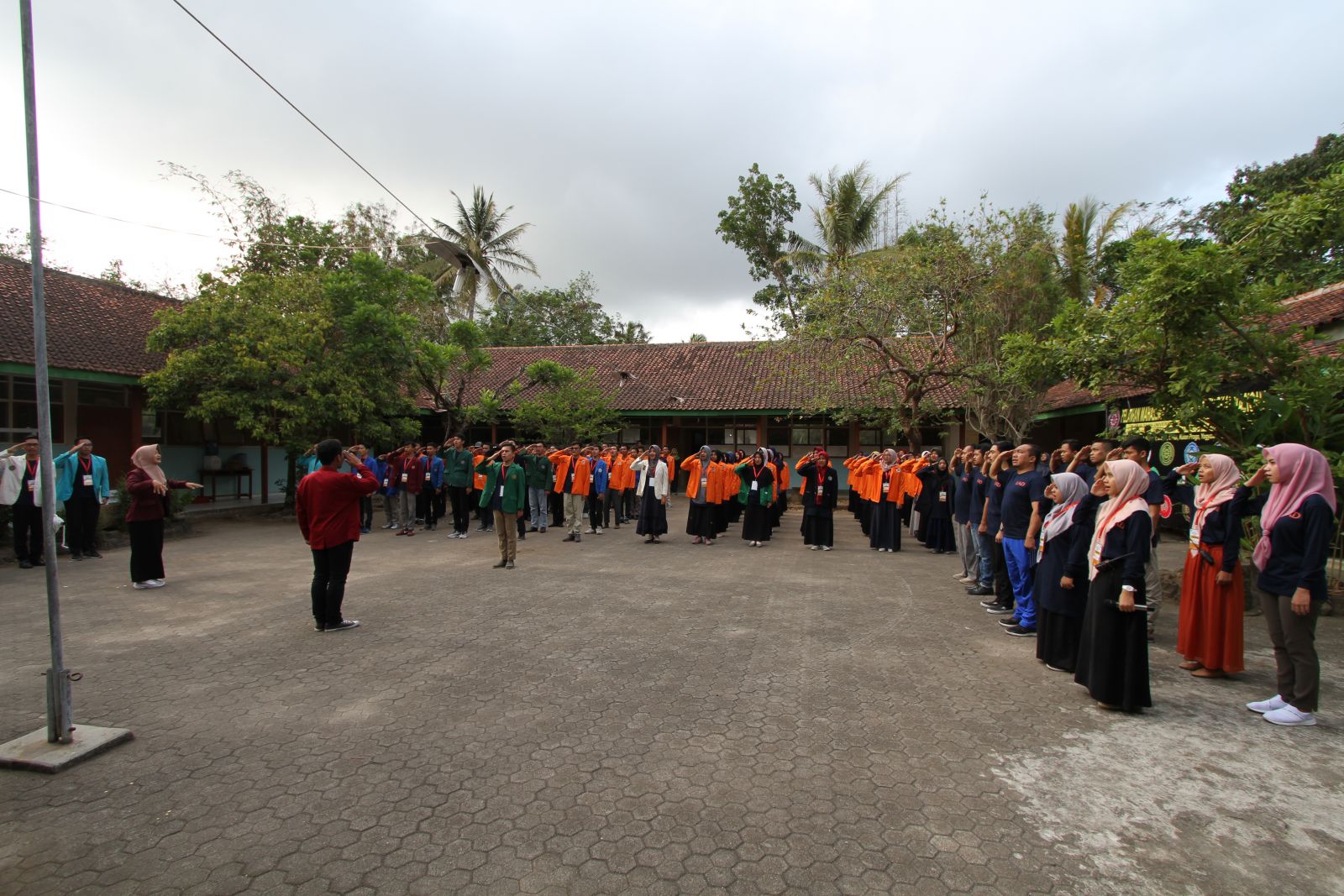 A total of 105 participants of the National Student Cadre Training (PMKB) from 20 Muhammadiyah universities from 11 provinces in Indonesia held a ceremony to commemorate the 90th Youth Pledge Day on Sunday (10/28/2018). This ceremony is a part of the event series of PMKB organized by UAD in collaboration with the Council of Higher Education, Research and Development (Diktilitbang) of Central Board of Muhammadiyah and Muhammadiyah Al Manar Galur High School.

The ceremony took place solemnly and was led by Andika Sahputra from UM Bengkulu and Muhamad Sofian from UM Yogyakarta as the inspectors of the ceremony. All ceremonial officers were selected from a number of participants of PMKB 2018 that took place from 26 to 28 of October 2018 at Muhammadiyah Al Manar Galur High School, Brosot, Galur, Kulon Progo, Yogyakarta.

The ceremonial officers included Fera Elvayuni (bearer of Pancasila) and Dwi Irma Mutia (reader of the 1945 Constitution) from UAD, Yorenza Melfinda (conductor) and Wikan Kurniawati (protocol) from STKIP Muhammadiyah Bangka Belitung, Diki Bayu Aji (reader of Youth Pledge) from UM Purworejo, and Resky Gustiandi GI (prayer reader) from UM Surakarta. Although some are from the same university, they all come from different regions.

In his speech, Muhamad Sofian invited all PMKB participants to have a sense of togetherness and to care of others. "Indonesia is a country with many differences. Therefore, we need to make it as our power. Show mutual respect and tolerance," he explained in front of the participants.

In addition, the man from East Nusa Tenggara conveyed that the moment of the Youth Pledge must be a trigger to advance the Indonesian nation. Real implementation must be carried out by generating ideas and innovations that can support the improvement of the living standards of the Indonesian people.

In the ceremony that was held in the morning with a drizzle, the participants still showed their enthusiasm for nationalism. This moment is one of the many activities carried out by the current youth to welcome Indonesia's progress in the future. In addition, these young people will later become the golden generation that will bring the progress of civilization throughout the nation. (ard)

UAD Alumni Board is Formed in North Maluku Scroll to top