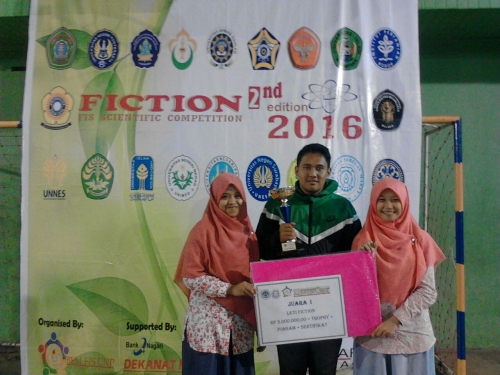 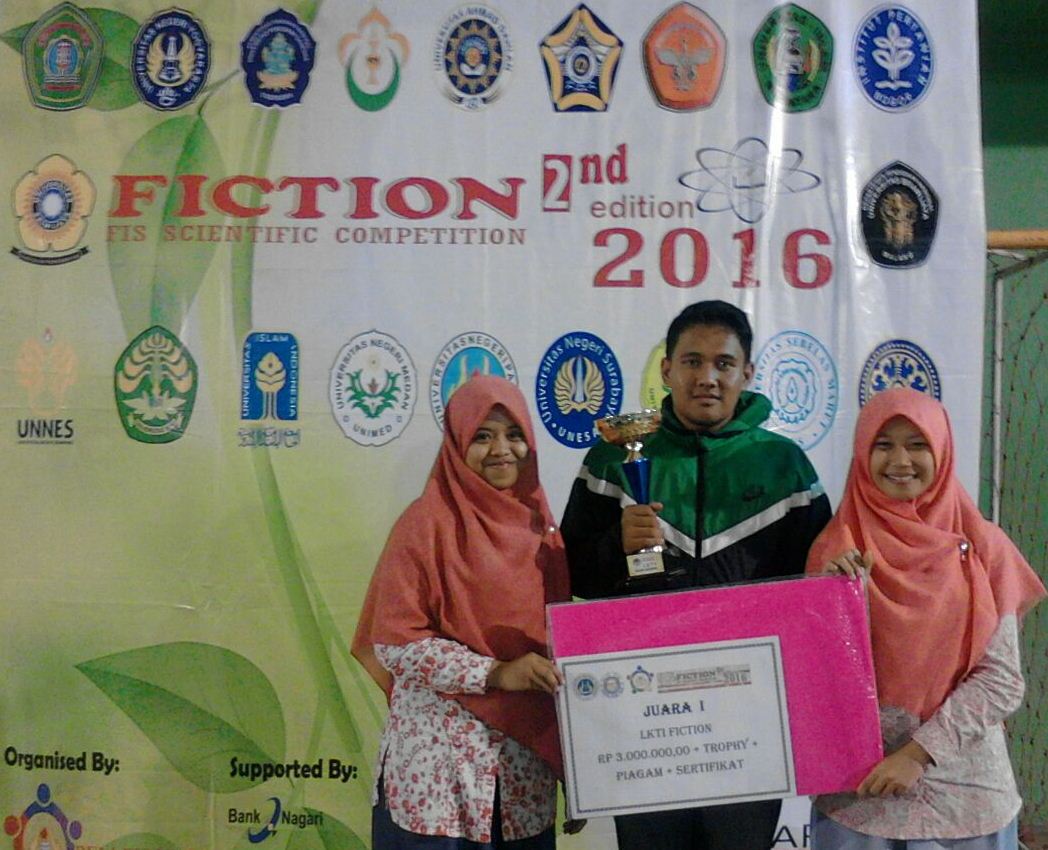 Spirit of achievement owned by Nurul Eka Pramesti and team led them to get the first place in National Scientific Paper Competition (LKTI) held in State University of Padang, West Sumatra. In this competition, Primary Teacher Education (PGSD) team of Ahmad Dahlan University (UAD) competed with 85 universities in Indonesia.

In the competition. the team from PGSD UAD discussed an interesting topic entitled “Mathematics 3D Pop Up, an effort to improve independence and curiosity of the Diskalkulia Students”

“It is not an easy thing to produce something extraordinary. We started it from zero. We have done maximum Preparation for approximately one month to work on everything starting from seeking reference books, titles, and others., "Esti said when she was met on Saturday. (11.12.16).

Furthermore, she said that it was not easy to determine something, particularly the title although she finally could determine the expected title for the scientific paper.

The ultimate goal to be achieved by LKTI team is learning media that can help students to study independently and improve their curiosity. Esti said that the idea of creating this scientific work was obtained from the Internet. "After establishing the idea, the next step of the team is having consultation with the lecturer. Thank God, the lecturer, Mr. Muh. Ragil Kurniawan, M Ed is willing to guide us, "she said. (As / AKN)

A Foreign Student of UAD Became the Favorite Winner on Speech Competition in...