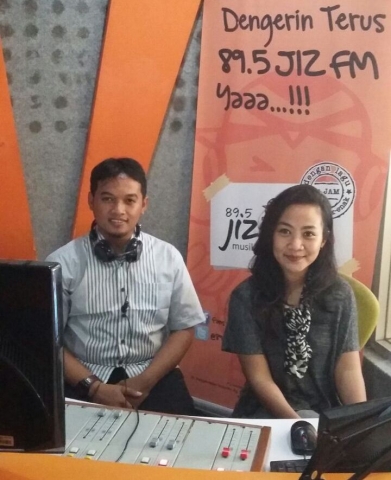 Since the game of Pokémon Go was released, it had become the trending topic in all levels of society starting from children, teenager and adult. They discussed about Pokémon Go. Some sources said that the downloaders number of the software application for this game reached more than ten millions. Took for example in America, there were more than seven millions of people downloaded this application. This kind of phenomenon was also happened in Indonesia some days ago.

Many people competed to post information about Pokémon Go through social media. Some of them shared negative news like traffic jam caused by Pokémon Go, how people plunged into a river, and accident. Because of these, some policy makers in certain institutions called on people not to play the game of Pokémon Go. Some TV stations also invited some interdisciplinary experts to discuss about the effects of Pokémon Go in their programs.

Rutledge (2016) said that the main factor of the success of the game was the combination between real and virtual world. Pokémon Go combined the experience of playing game with the real physical activity and encouraged people to interact with others. Furthermore, Pokémon Go was also occupied with some elements that were close to the real human behavior involving needs of interaction with others, need of exploring the environment, need of being capable and skillful.

From that phenomenon, there were many opinions coming up in relation to the negative and positive effects of Pokémon Go.  This phenomenon also encouraged the team of Clinic for Community Empowerment, Psychology Faculty of Ahmad Dahlan University (UAD) to have responsive action by doing mini research of psychological study of Pokémon Go game. This responsive action had been carried out from July to early August 2016. The result of this action was the comparison between positive and negative effects of Pokémon Go game, the result was in the following table.

Table of positive and negative effects of Pokémon Go game

From the description above, it can be concluded that the Pokémon GO game gives more negative effects than positive effects. Therefore, government and society are expected to be wise in responding to this phenomenon. Parents are also expected to have more time accompanying their children so that their children can be far for being addicted.