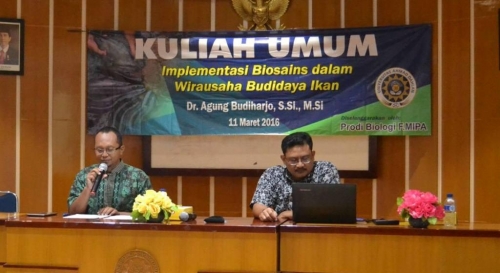 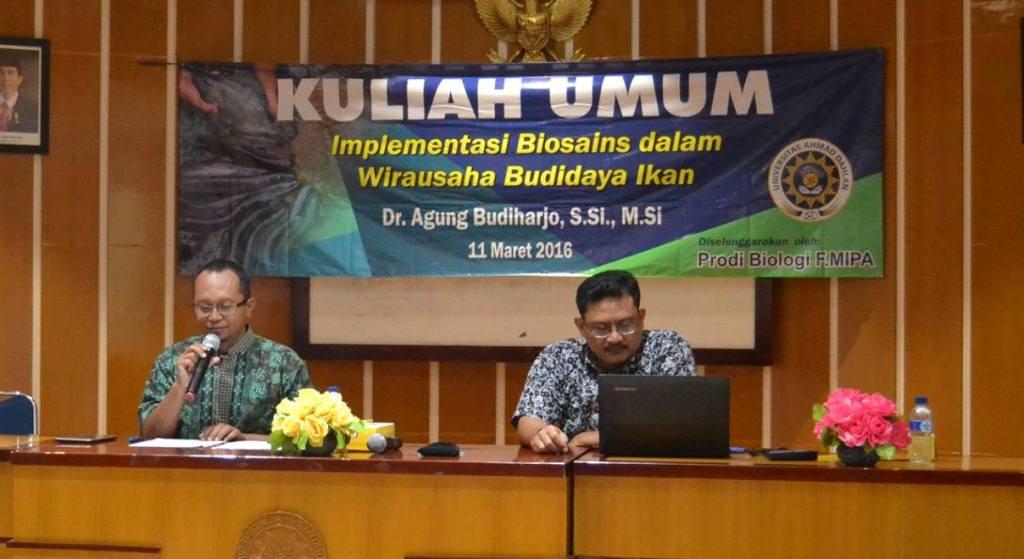 More than 300 students took part in a public lecture with the topic ‘The Implementation of Bioscience in Business of Fish Cultivation’ by the Faculty of Mathematics and Science, Ahmad Dahlan University (UAD) Yogyakarta, on 11th March 2016 at the Islamic Center Hall, South Ring road, Tamanan, Bantul. The event started Friday from 8.30 a.m. until 11 a.m.

Getting fish cultivation started with business is promising said Dr. Agung Budiharjo, S.Si., M.Si, the presenter who is a lecturer of Biology of Sebelas Maret University (UNS). By now, he has been successful in running his businesses covering fish cultivation of Giant Mottled Eel, fighting fish as well as sea weed and teabag production. Moreover, the sales have reached abroad such as Paris

Agung said that he tried fish cultivation while doing business. With the help of his researches it proves that everything is promising. As a result, many people come to follow him and he gets more money from the training.

‘To be successful, a man should be self-confident and be eager to have more consultation with experts. Learning never ends,’ said he, who also owns a Japanese restaurant.

Agung said, ‘No success prior to trial.’ As he has proved he has been running his business for more than ten years ups and down.

‘Should we be experts, we can overcome problems. Keep working, through it, job opportunities open.