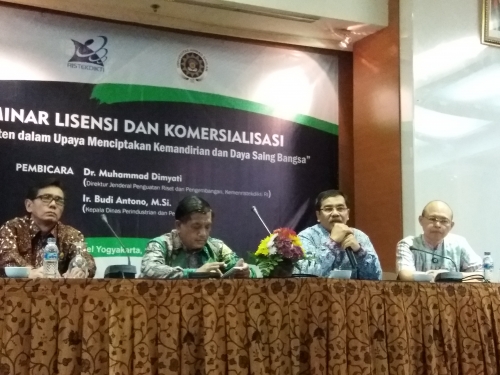 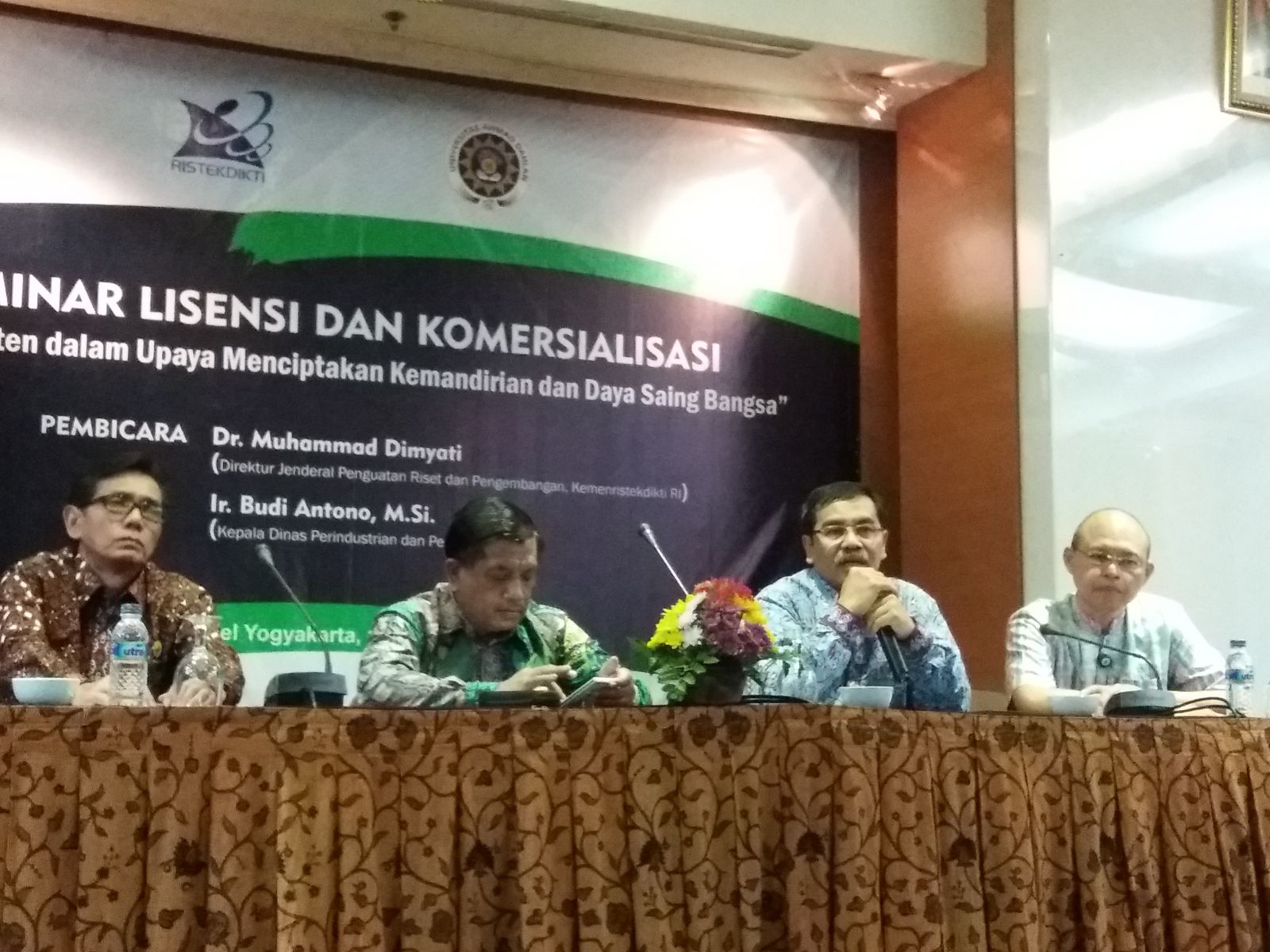 "A work of research or technological innovations that no have patented will be highly vulnerable imitated by others. Of course it will hurt the inventor, "said Dr. Muhammad Dimyati, General Director of Research Reinforcement and Development of Research, Technology and Higher Education Ministry (Kemenristekdikti) RI on the seminar of Licensing and Commercialization with the theme "Down-streaming Patents in Efforts Creating Independence and National Competitiveness" organized by the University of Ahmad Dahlan (UAD) in Ros In Hotel, South Ring Road, on Thursday ( 17.11.2016).

Dimyati encouraged researches to patent their work. This notification was delivered because there were many research works of appropriate technology of lecturers and students that were not registered as intellectual property rights (HKI). In fact, HKI was important to protect the works so that they would not be imitated without permission of the inventor.

According to Kemenristekdikti, there were many advantages of the patented research works. As arranged by Law 28/2014 about Copyright. The advantage was that the research products will get protection from the government because it is protected by law. "Another advantage was not easy to be imitated by others," he said.

In addition, Dimyati said that the researchers were entitled to receive royalties when others used their products. "Now, to register the research product is quite easily. Researchers simply fill out the HKI form and then registered to Ministry of Law and Human Rights (Kemenkumham). HKI registration is free, no charge. The patent is valid for 10 years, "he explained.

The event was attended by UAD lecturers and researchers in Yogyakarta Special Province (DIY). It also presented the Head of Industry and Trade of DIY Ir. Budi Antono, M.Sc. (Sbwh)