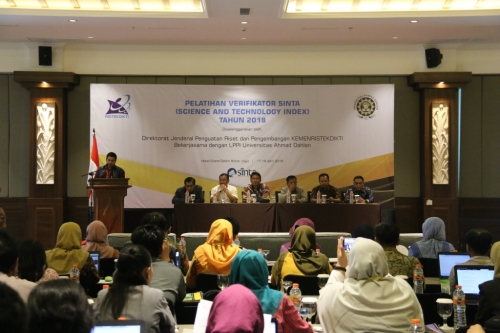 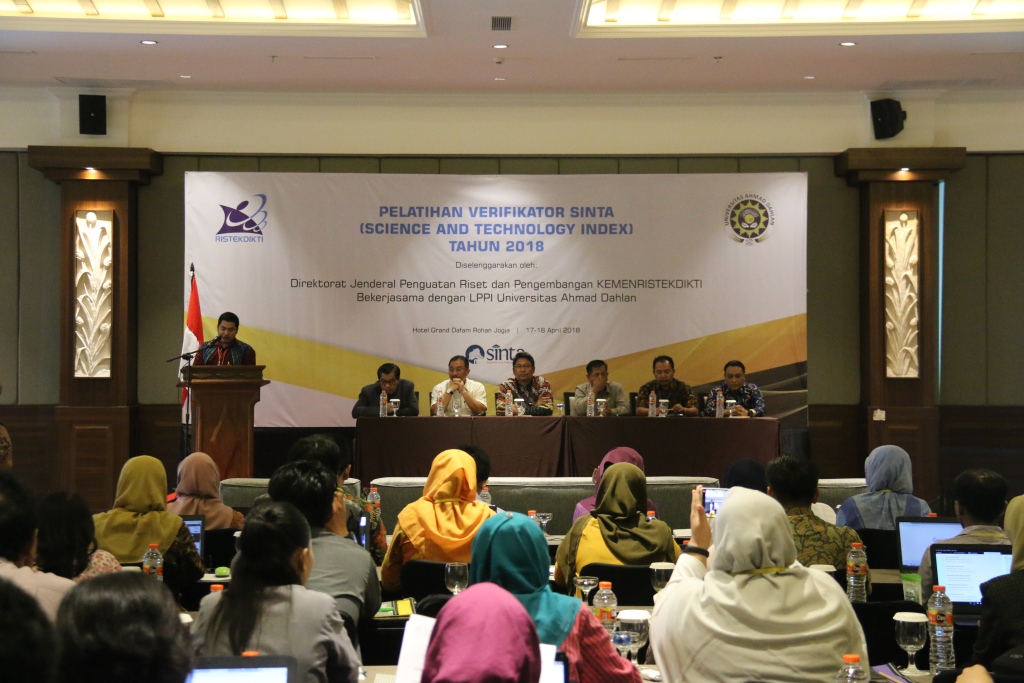 "We want the number of scientific publications in Indonesia to increase and have good quality. Later, the participants of Indexing and Citation System (SINTA) verification training are expected to help lecturers in their own university to register to SINTA. In addition, we hope that there is input for the improvement of the system," said Ir. Ira Nurhayati Djarot, M.Sc, Ph.D., the Director of Research and Development System of the Ministry of Research, Technology and Higher Education (Kemenristekdikti) while giving a speech at SINTA verification training event.

From Ira's explanation, SINTA is a form of effort made by Kemenristekdikti to strengthen the publication of researchers and lecturers. SINTA is dedicated for the advancement of science and higher education technology in Indonesia

Meanwhile, the Rector of UAD, Dr. Kasiyarno, M.Hum., expressed his expectation for SINTA to be independent. He made a suggestion on SINTA to be indexed in the future, so there would be no need for it to depend on other databases. This is a challenge for SINTA managers.

"After participating in the training, the verifier should be professional and able to facilitate lecturers who have an account at SINTA. This cooperation is expected to be beneficial for universities, lecturers, and Kemenristekdikti. Thank you for trusting UAD to host the event. Hopefully, we can strengthen our cooperation to improve scientific publications in Indonesia," explained Kasiyarno.

The purpose of this training was to compare perceptions on the features and facilities that will be provided by the trainer to the verifiers, as well as to provide assistance, technical guidance, and problem solving methods in the process of verifying data of lecturers and institutions in each university. Finally, it was also intended as guidance for the verifiers in the university, so that the quality of the existing data in SINTA will be well preserved. (ard)