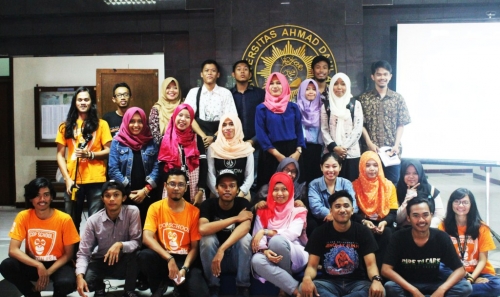 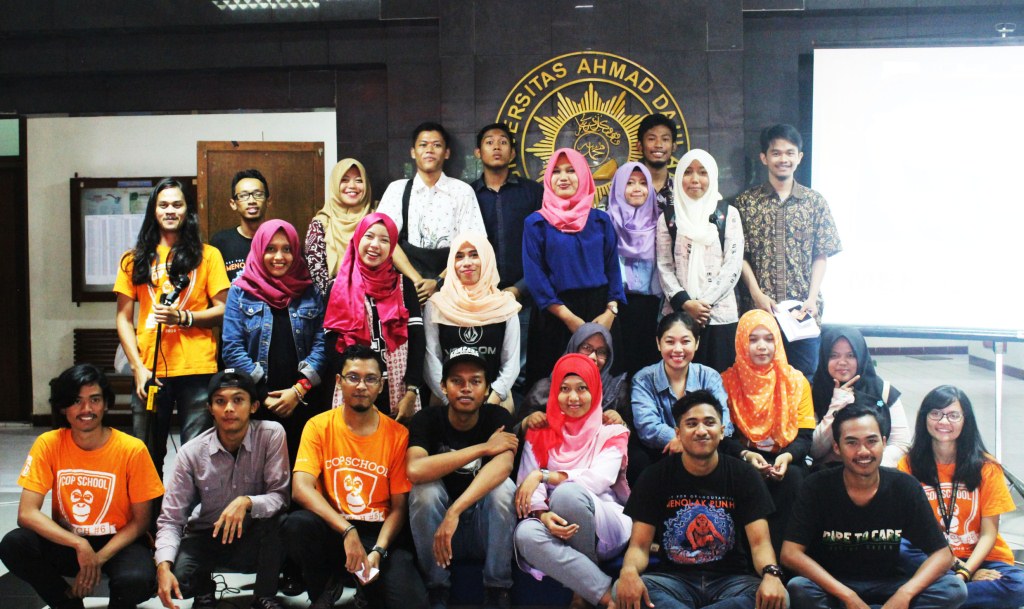 Eight volunteers, Orangufriends, visited Campus II University of Ahmad Dahlan (UAD) in a program entitled Campus Visit last Tuesday (11/10/2016). Orangufriends is a non-profit organization for education and fundraising to support the activities done by Center for Orang Utan Protection (COP). Campus Visit is a program for counseling of wildlife habitat in Indonesia especially Orang Utan and their problems.

‘People often misunderstand. When their palm farms are destroyed by Orang Utan, they consider it as pest to eradicate. In fact the farms were formerly the habitat of the primate.’ Said Bukhori, one of the volunteers.

In the program, he explained how successive destructions continued to happen starting from illegal logging, which causes the loss of Orang Utan habitat, the decrease of green areas in Indonesia up to the loss of wildlife in general. Orangufriends aims at improving people’s awareness and care for the existence of wildlife.

The program was held in cooperation with the theater Jaringan Anak Bangsa (JAB) and media partner Dare to Care to greet Animal Rights Day, which due to October 15th. The event was preceded by 2016 Production Performance and the whole agenda would last on October 28th.

The performance by JAB theater chose ‘The Great Star: Humane Is Something To Laugh’ to increase awareness to be human as social creature. In the performance JAB showed the necessary of man to improve their care for social and environmental issues. Faur Rahman Ramadhan the production chief aid, ‘This performance is a satire for modern man can hardly understand suggestions. The performance took the perspective of animal, which tells that man is the great star above all stars, having inconsistent characteristics in life whose uncivilized actions are to alugh. (dev)

The Great Star Scroll to top