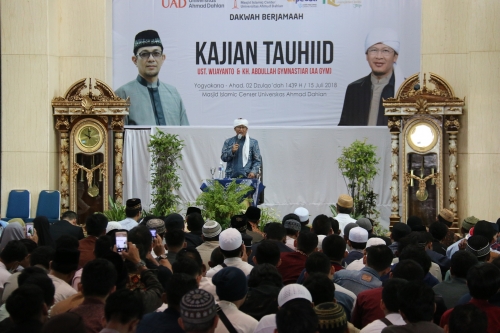 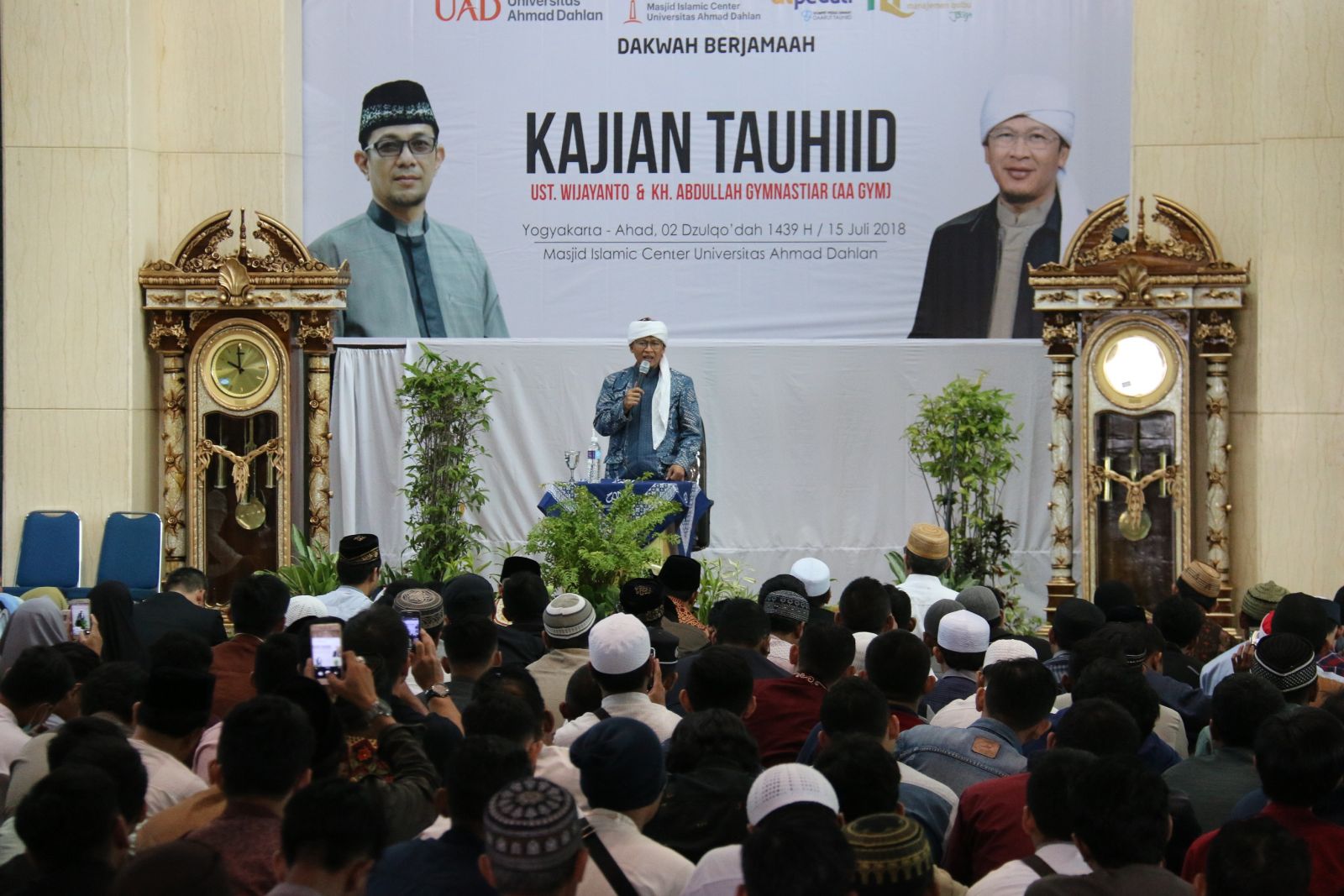 Universitas Ahmad Dahlan (UAD) Yogyakarta organized a tawheed study with K.H. Abdullah Gymnastiar (Aa Gym) and Ustaz Wijayanto as the speakers. The event that took place at the Islamic Center Mosque of UAD was attended by people from the community, lecturers, employees, and students.

In his speech, UAD Rector. Kasiyarno, M.Hum., conveyed that as one of the Islamic universities, UAD provided scholarships for prospective students who could memorize at least five Juz of Al-Qur’an.

"This event aims to strengthen tawheed and aqeedah, so that students can understand the true Islam."

Moreover, when interviewed on the issue of terrorism, Kasiyarno revealed that there were no terrorists on campus. "Campus has its own system to solve the problem of terrorism. There are rules and Islam teaching. However, we are still keeping a watch, because anything that concerns with terrorism can happen anytime," he said.

In line with Kasiyarno, Aa Gym firmly stated that terrorism had nothing to do with Islam. Evildoing is not taught in Islam.

"We should be proud to be a Muslim. Islam is rahmatan lil alamin (blessings to the whole world and its content). Now, our duty is to prove the beauty of Islam, by actively spreading the truth when false information is widely believed," he told reporters on Sunday (15/07/2018). (ard)