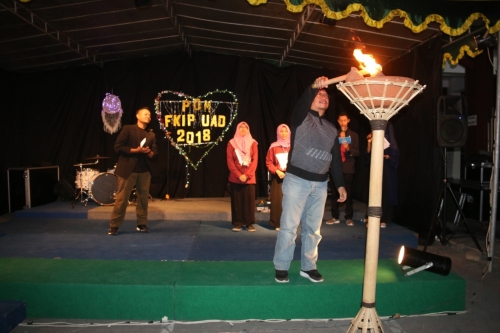 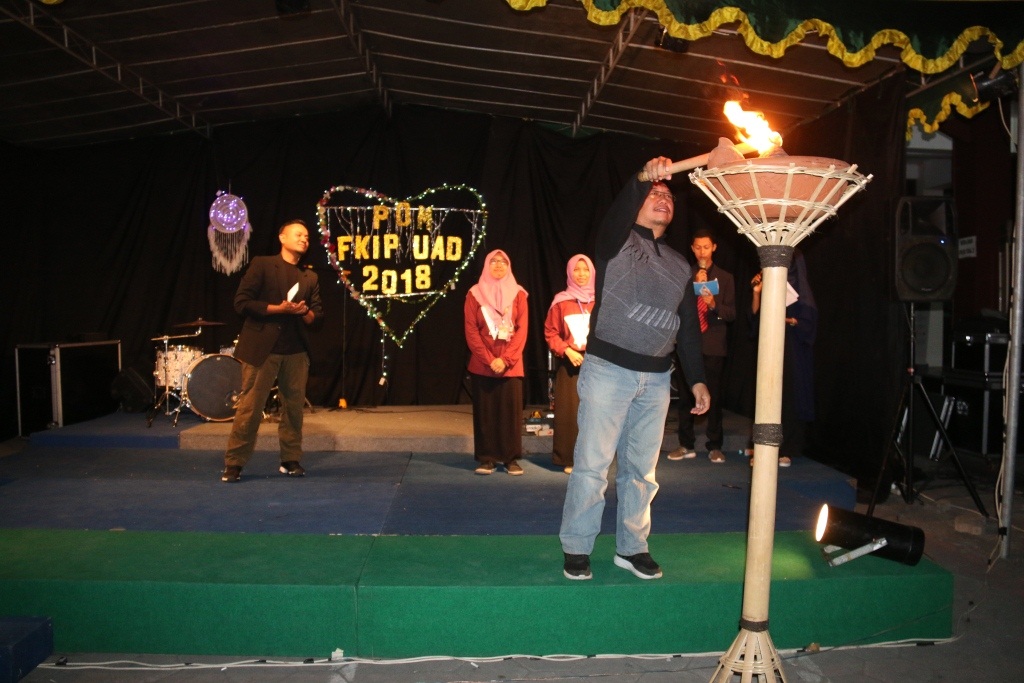 Student Sports Week (POM) of the Faculty of Education and Teacher Training (FKIP) of Universitas Ahmad Dahlan (UAD) 2018 was officially opened on Tuesday (11/09/2018). The opening of the 3rd POM was marked by the ignition of torch by Danang Sukantar, M.Pd., the Head of Student Affairs and Alumni, the Bureau of Student and Alumni Affairs (Bimawa) of UAD.

In addition, there was also a return of the perpetual trophy by the Primary School Teacher Education Study Program (PGSD) who was the champion of the 2nd POM in 2017. The contests held in the event were futsal, basketball, badminton and volleyball.

The purpose of organizing POM is to strengthen the relationship among FKIP members and most importantly to develop the interest of the students in non-academic field. Almost all study programs at FKIP sent their contingents to take part in each competition.

On this occasion, Danang Sukantar in his speech revealed that students had to have physical and psychological health. He explained that many graduates did not pass job selection because they were unhealthy which amounted to 25 percent, 60 percent was because of soft skills, the rest was because of administration issue.

"Physical and psychological health are important. Students must be active both in scientific and non-scientific fields. Continuous practice and maintained condition may lead to achievements," he explained.

He shared his hopes that more UAD students would excel. "There are many national events that can be followed by UAD students. Therefore, the student soft skills must be developed," he said.