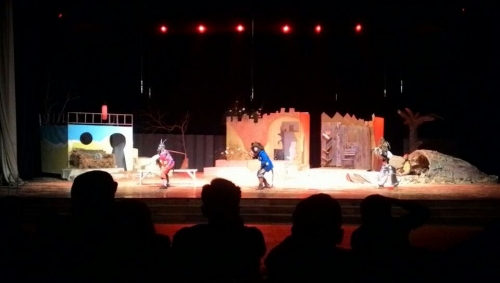 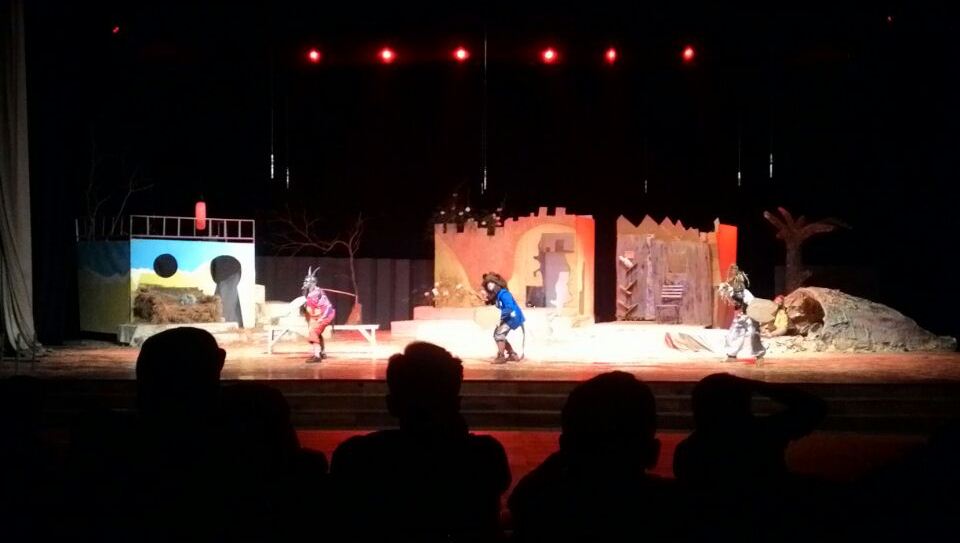 Tuesday (18/10/16) was the day for the theatre Jaringan Anak Bangsa (JAB) of Univesity of Ahmad Dahlan (UAD) to present the performance entitled ‘The Great Star’ at Taman Budaya Yogyakarta. The performance was an adaptation of Badrun’s works presented human aspects of life and stars.

The performance tells the relative truth and inconsistency through animal characters. These characters are objects of genetic researches done by a man named Meysa (man).

According to Fatur Rahman Ramadhan, the chief producer, the performance aims at educating people to be aware of nature and environmental surroundings. Fatur added that through animal characters the audience are encouraged to be aware of norms related to nature, where animals live.

‘After Yogyakarta’s performance, the next performance will venue at University of Muhammadiyah Perwokerto (UMP) next November 18th with some improvements as a result of contemplation of the first performance.’ said Fatur at the end of the performance. (Ap)

Taking Care of Environment through Literary Works and Real Action

A Scholarship for Thailand Student Exchange Granted to A Student of Faculty... Scroll to top