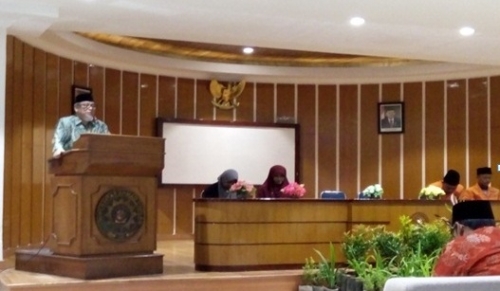 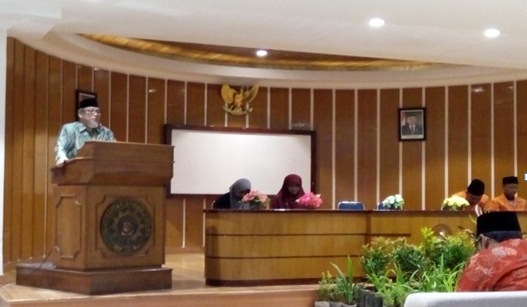 Thursday, (22/09/2016) was an impressive night for all members of Persada (Islamic cleric school of K.H. Ahmad Dahlan). About 200 students, male and female members and male and female cleric teachers, and the top leaders attended the handover ceremony of Persada executive leaders at Islamic Center on South Ring Road, Tamanan, Bantul.

The event was held due to the end of service of the mudir or director and vice director of Persada. Thonthowi, S.Ag, who was vice director of the board for 2016-2017 was appointed as the director taking the position of the former director Anhar Anshari, M.Si.

‘I have been a mudir for 2 years and there are some ideas have not been implemented. Now it is the job of Thontowi to realize them.’ Said Anhar in his speech.

Anhar added that there were three human potentials to be developed i.e. faith, logic, and morals, where the three should be implemented in man. When man possesses the three he will be a ‘perpetual candle’, which is worthwhile for himself and for others.

‘Members of Persada should become young vanguard of the world, they cannot be lazybones nor maudlin. Although they learn at campus during the day time and learn Islamic matters at night, they keep enthusiastic in following many activities. They should be worthwhile for Islam, nation, and for the state.’ Said Thontowi in his speech.

From the podium, he repeatedly urged the members to recite Arabic proverbs or mahfudhat, which says ‘Ijtihad wa laa taksal wa laataku ghoofilann fanadaamatul ‘uqbaa limayyatakaasalu.’ Which means ‘Make every effort, don’t be lazy nor careless, for regret comes with lazybones.’ (As/AKN)