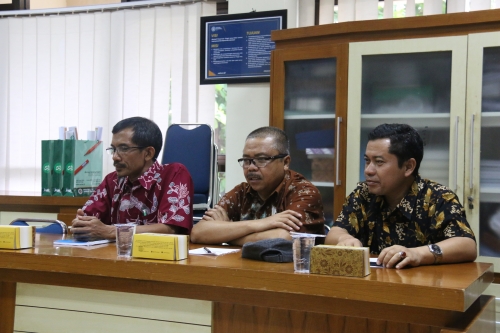 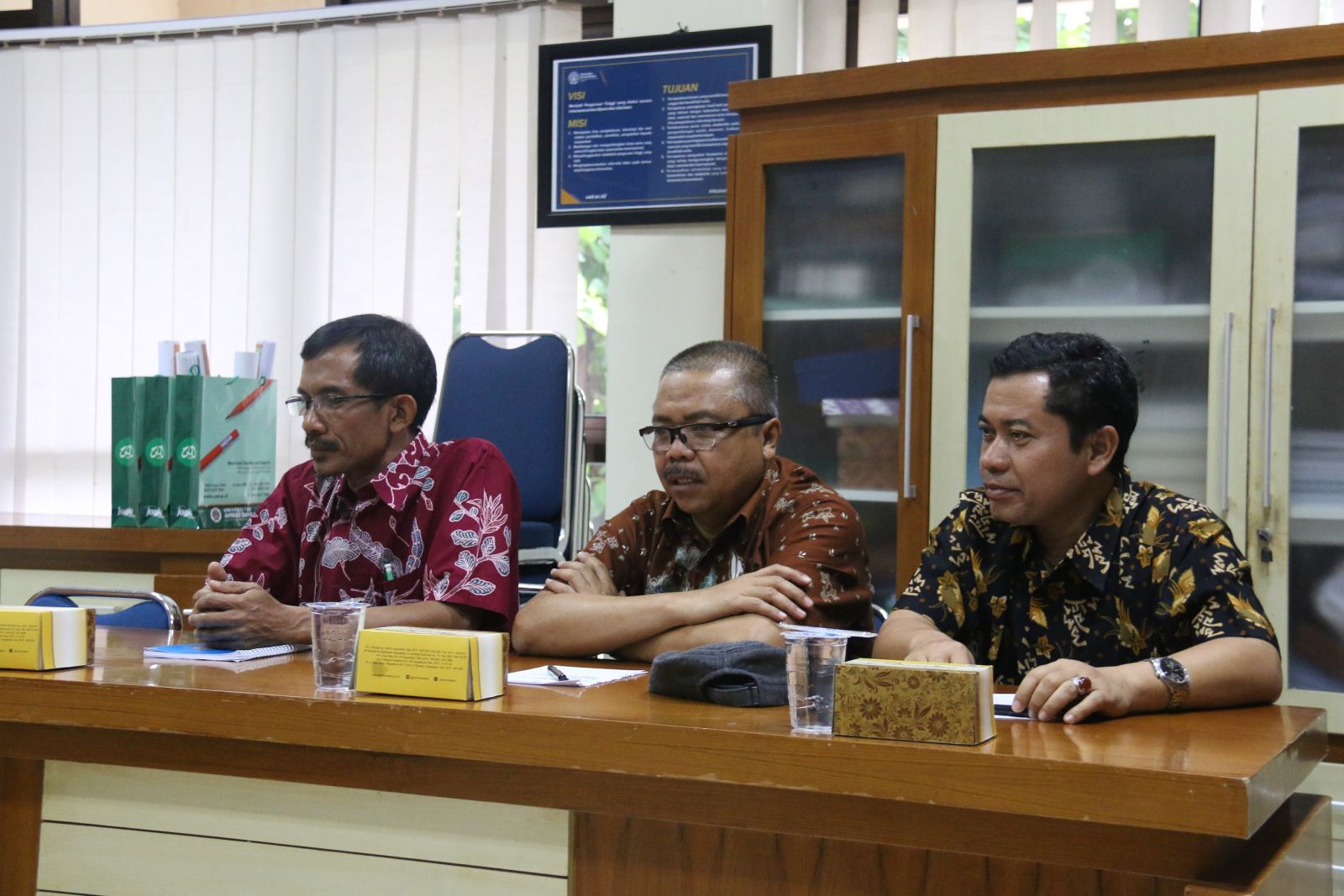 University of Muhammadiyah Bengkulu (UMB) conducted a visit to Ahmad Dahlan University (UAD) Yogyakarta. The purpose of the visit was to share the management system of Muhammadiyah Higher Education (PTM) and other related issues. Dr. Rifai, M.Pd., a representative of UMB in his speech stated his wish to learn and gain knowledge from UAD that was just accredited A from BAN-PT a few months ago.

"We have conducted comparative studies to some PTMs, and UAD became one of the main destinations. We want to study the human resources, quality assurance, finance, and some other things," explained Rifai when delivering his speech in the rectorate courtroom in Campus 1 UAD on Jln. Kapas 9, Semaki, Yogyakarta on Wednesday (7/2/2018).

Meanwhile, Vice Rector I, Dr. Muchlas, M.T., in his speech delivered the achievement of UAD in getting accredited A which was thanks to the good performance of all the involved parties. He stressed that one of the efforts that had been done was conducting internal audit on a regular basis.

"For a year, we audited three to four times. This is as a control to avoid misappropriation and to resolve things that still need improvement," he said.

At the meeting, Muchlas presented with Vice Rector II, Drs. Safar Nasir, M.Si., accompanied by the Head of BPM, BIFAS, as well as some representatives from other bureaus and agencies in UAD. Over the past few years, before accepting the accreditation of A, UAD carefully considered advice and inputs from the stakeholders and auditors. UAD accepts criticism given as a reference to continuously improve its quality to get nationally and internationally acknowledged. (ard)

The Objectives of UMS Student Affairs Department’s Visit to UAD