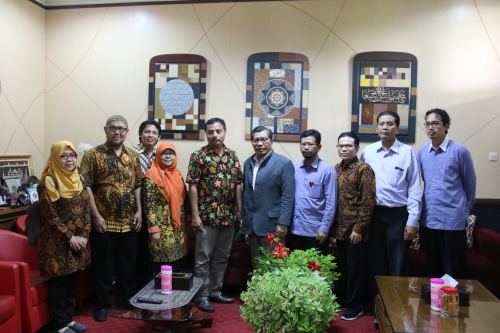 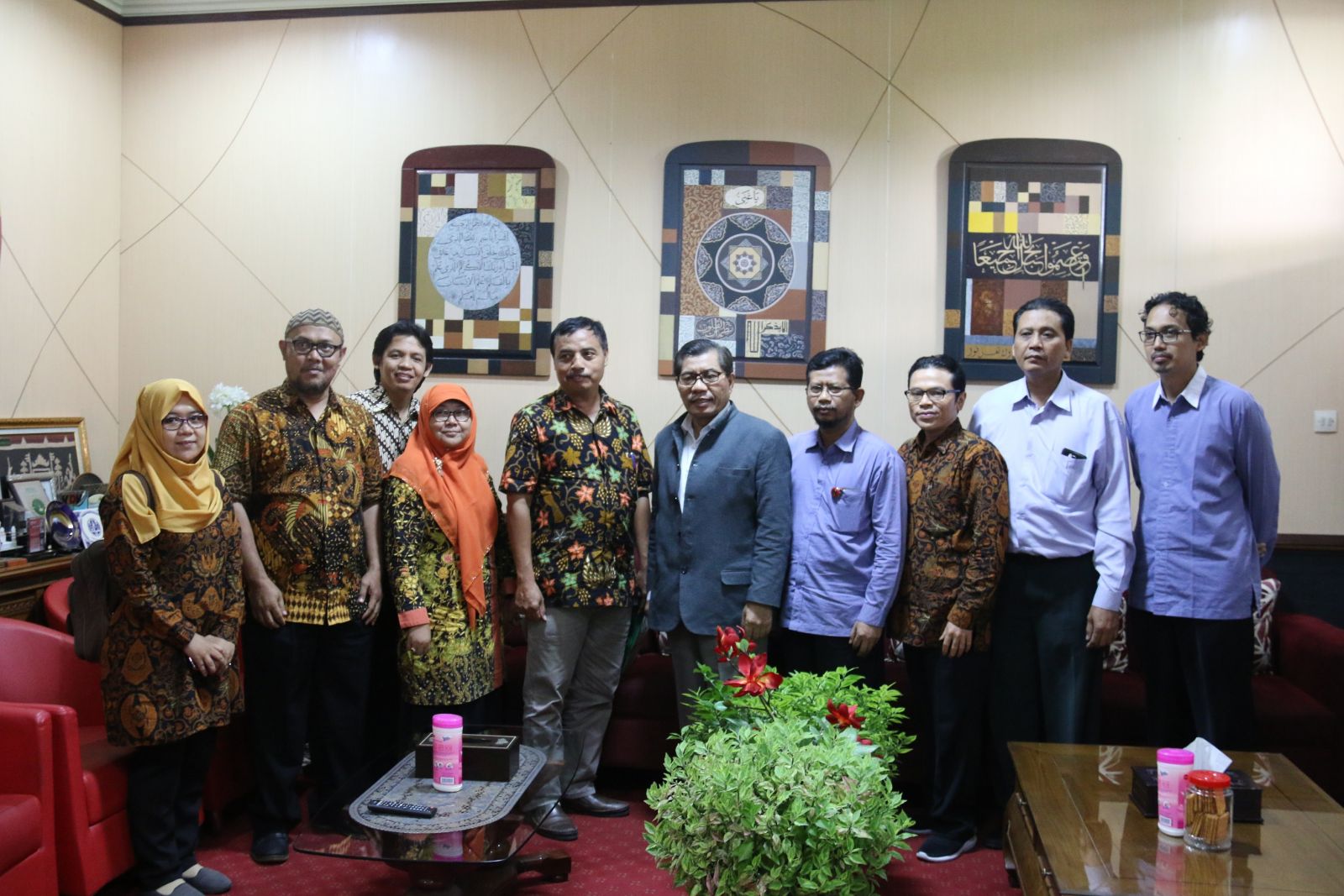 "In recent years, from our observations, UAD student achievements are quite good. As a fellow Muhammadiyah university, we would like to learn from the student management in UAD, especially the student controlling," stated Mahasri Shohabiya, M.Ag., the Head of IMM UMS.

Ahmad Dahlan University (UAD) Yogyakarta received a visit from the Muhammadiyah University of Surakarta (UMS) on Tuesday (6/2/2018). The meetings and discussions on student affairs were held in the hall of Campus 1 on Jln. Kapas 9, Semaki, Yogyakarta. Also presented as representatives of UAD were Vice Rector III, Dr. Abdul Fadlil, M.T., the Head of BIMAWA, Triantoro Safaria, S.Psi., M.Si., Ph.D., and the Head of Student Affairs, Drs. Hendro Setyono, S.E., M.Sc.

In the discussion, Abdul Fadlil emphasized the importance of synergy among Muhammadiyah Higher Educations (PTM). According to him, a good relationship among PTMs will have an impact on improving the quality and quantity of PTM in its competition with Public Universities (PTN).

On the other hand, related to student affairs, he suggested that student controlling in PTM started from the cadres of Muhammadiyah Student Association (IMM). From his view, IMM was an important pillar of the development of PTM and Muhammadiyah in the future. In addition, the distribution of student talent should be in accordance with their field of interest.

"In addition to guiding, we also facilitate. It means that we support the student activities, both Ortom and Ormawa which are positive and have potential to get acknowledged for their achievement. We try to provide sufficient facilities and infrastructure, as well as giving rewards for outstanding students," he said.

The important thing that needs to be underlined from UAD's student affairs is that it is now prioritizing hearings than demonstrations. There is closeness and harmonious relationship between students and leaders. (ard)