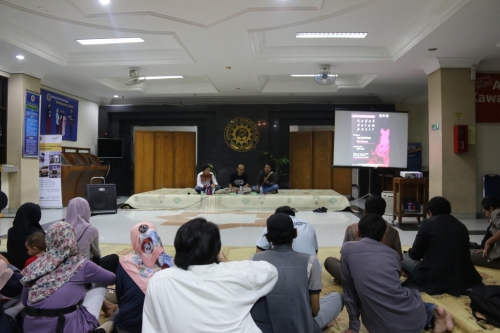 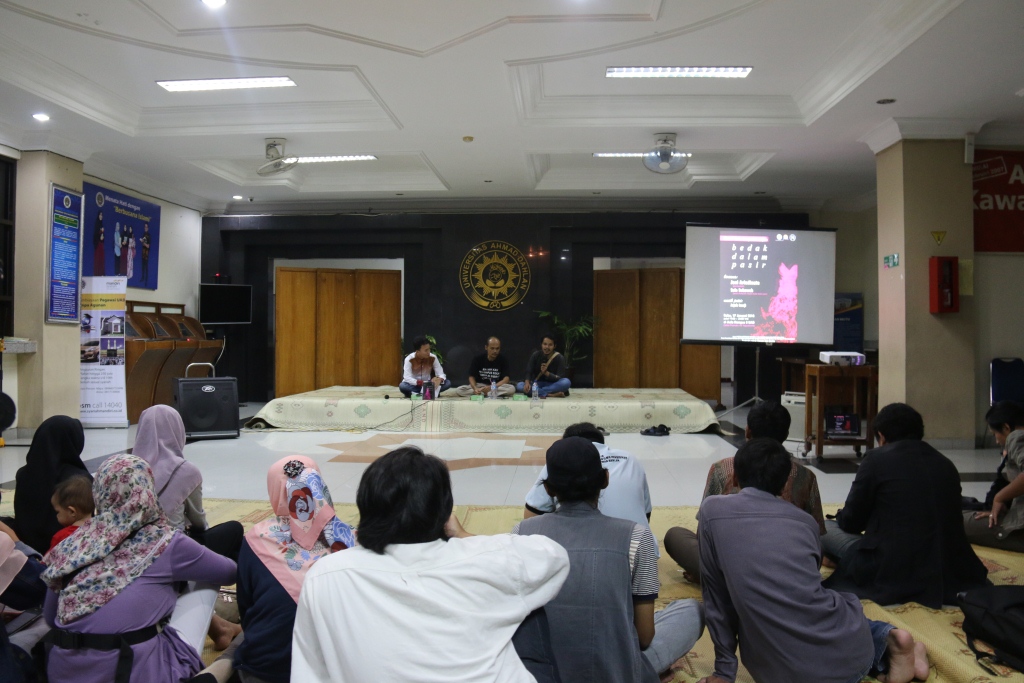 The Literature Appreciation Forum (FAS) in collaboration with the Indonesian Poetics Society and the Indonesian Language and Literature Education (PBSI) study program of Ahmad Dahlan University (UAD) held a book launching and review of Bedak dalam Pasir by Sule Subaweh. This collection of short stories is Sule's first work during his creative process.

Present as the reviewer was Joni Ariadinata, the President of Cerpenis Indonesia. He is also an alumnus of UAD when it was still called IKIP Muhammadiyah.

"For almost 3 decades I keep waiting for the birth of UAD short story authors. Although, I have already graduated from UAD, I continue to observe its literary development. Nowadays, it seems like there are more newly-found poets rather than short story authors," said Joni when interviewed in the hall of Campus 2 UAD on Jln. Pramuka 42, Sidik, Yogyakarta.

Speaking of Bedak dalam Pasir, he expressed his appreciation for Sule who dared to return to the concept of a realist and simple story like, the style of short story writing from the past.

"Most authors (young ones) usually avoid writing stories with simple and realistic styles, unlike Sule, who is not carried away with the current style which tends to be elusive. Every writer has a responsibility for his/her choice. "

Furthermore, Joni explained that Sule was good at noticing the reality in society. The closest and most familiar things were written into stories. Some of the examples were short stories with the title of "Shaf yang Hilang", "Wajah Lain Supriana", and several other stories.

On this occasion, Joni who is also the editor of short stories in one of online media welcomed the emergence of new short story authors, like Sule at UAD.  It is because it has been 3 decades since Joni started being active in the literature world of Indonesia. There was not any nationally recognized short story author after him.

In the final session of the discussion, Joni provided tips for students who wanted to become a writer. He said that the main requirement was to be accustomed to reading books and writing.

"Smart people on campus are different from smart people as writers. Being a writer should not depend on campus. Instead, a writer must communicate with the communities outside. If you want to be a writer must have a creative opponent, the more the better. And the most important thing is to diligently go to the library, even if you have to skip classes," he joked. (ard)

Climbing Clove Tree to Get Prized Balloons Scroll to top