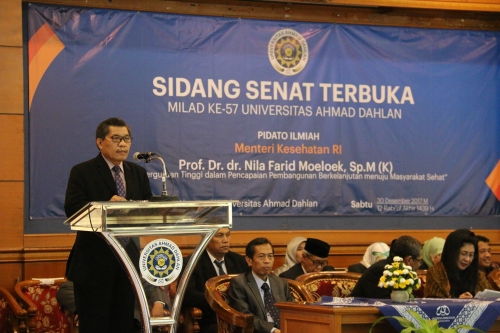 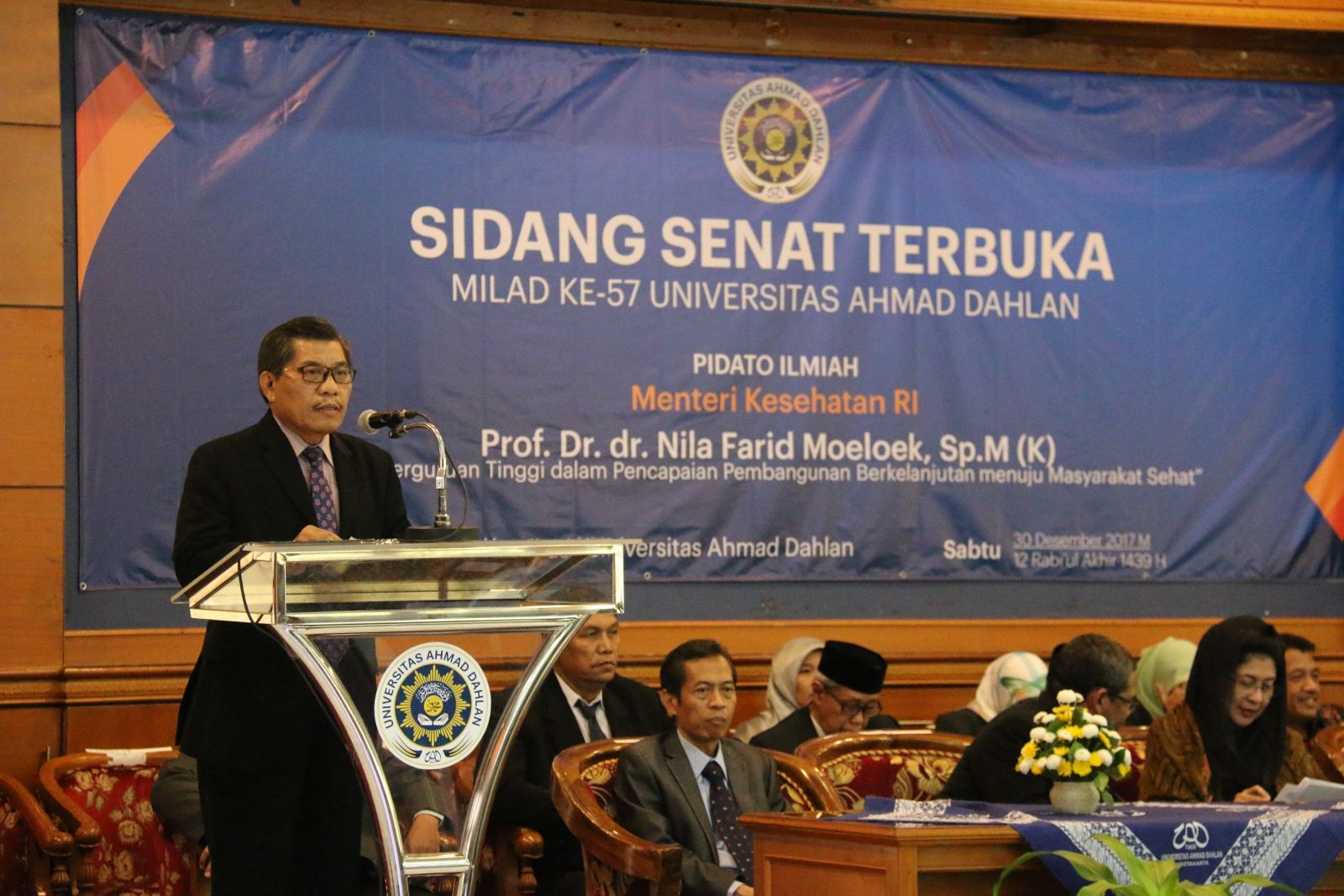 The increasing interest of prospective students of Ahmad Dahlan University (UAD) indicated that there was an increase of public trust in this Muhammadiyah university. The statement was conveyed by the Rector of UAD, Dr. Kasiyarno, M.Hum., in a speech for the 2017 rector's annual report which was held on Saturday (30/12/2017) at the auditorium of Campus 1 UAD on Jln. Kapas 9, Semaki, Yogyakarta.

"As a form of mutual benefit, UAD keeps on improving good academic service for students, conducted by lecturers in learning process and convenient administrative service by educational staff," explained Kasiyarno.

To ensure the quality of the learning process, one of the efforts made is by providing pre-curriculum guidance. The guidance process begins since the student candidates are declared as students of UAD. They are equipped with information technology training (IT), English, soft skills, and entrepreneurship.

Other efforts to produce quality graduates is through the provision of curriculum that fits the needs of the community, the development of active learning methods, the provision of adequate infrastructure facilities, IT-based services, and qualified lecturers.

"The success of UAD graduates is not only determined by academic ability, but also non-academic skills. To equip students with these skills, student coaching is carried out in 5 categories, namely reasoning, interest and talent, organizational, welfare, and succession. "

Up to now, UAD can maintain the tradition of being a champion, one of the examples is always being qualified to be in the top 3 in Most Outstanding Student (Mawapres) championship on Kopertis Region V level from 2002 to 2017, and being finalists or champions on the national level. The champion's tradition is also shown in the field of Student Creativity Program (PKM) as well as National University Debating Contest (NUDC).

"One of the great activities that is successfully implemented by students from UKM Madapala is Cataract Operation for the Elderly. This charity work was in collaboration with Yayasan DHARMAIS and PERDAMI Yogyakarta and was held on April 23, 2017 at UAD Hospital. They successfully operated about 70 people. And then, there is Jaringan Anak Bangsa (JAB) Theatre in Surabaya and Purwokerto. "

On the international level, Ika Suciwati, a UAD student, earned 3 awards as the Best Paper at ASEAN Youth Cultural Exposure 2017 in Thailand, the Best Idea, and the Best Team at ASEAN International Summit 2017 in Malaysia.

"Another great achievement comes from a student of Professional Pharmacist Study Program (PSPA), Liliyani Fatonah, who achieved the highest national score in UKAI (Competency Test of Indonesian Pharmacist) with a score of 84. This score is far above the UKAI standard score of 46.21," said Kasiyarno.

After receiving an accreditation score of A from National Accreditation Board of Higher Education (BAN-PT), UAD keeps trying to improve its every element, primarily in improving the quality of human resources of lecturers and students. This increase aims to maximize the potential and maintain the tradition of being the champion in order for UAD to be increasingly known on both national and international level. (doc / ard)