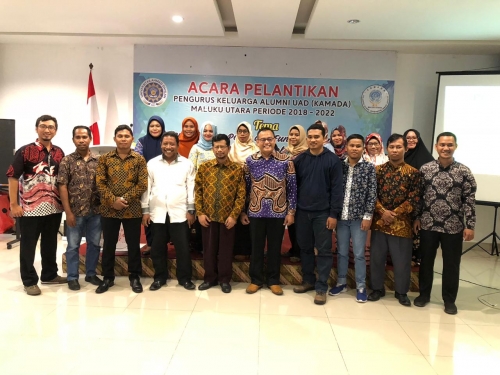 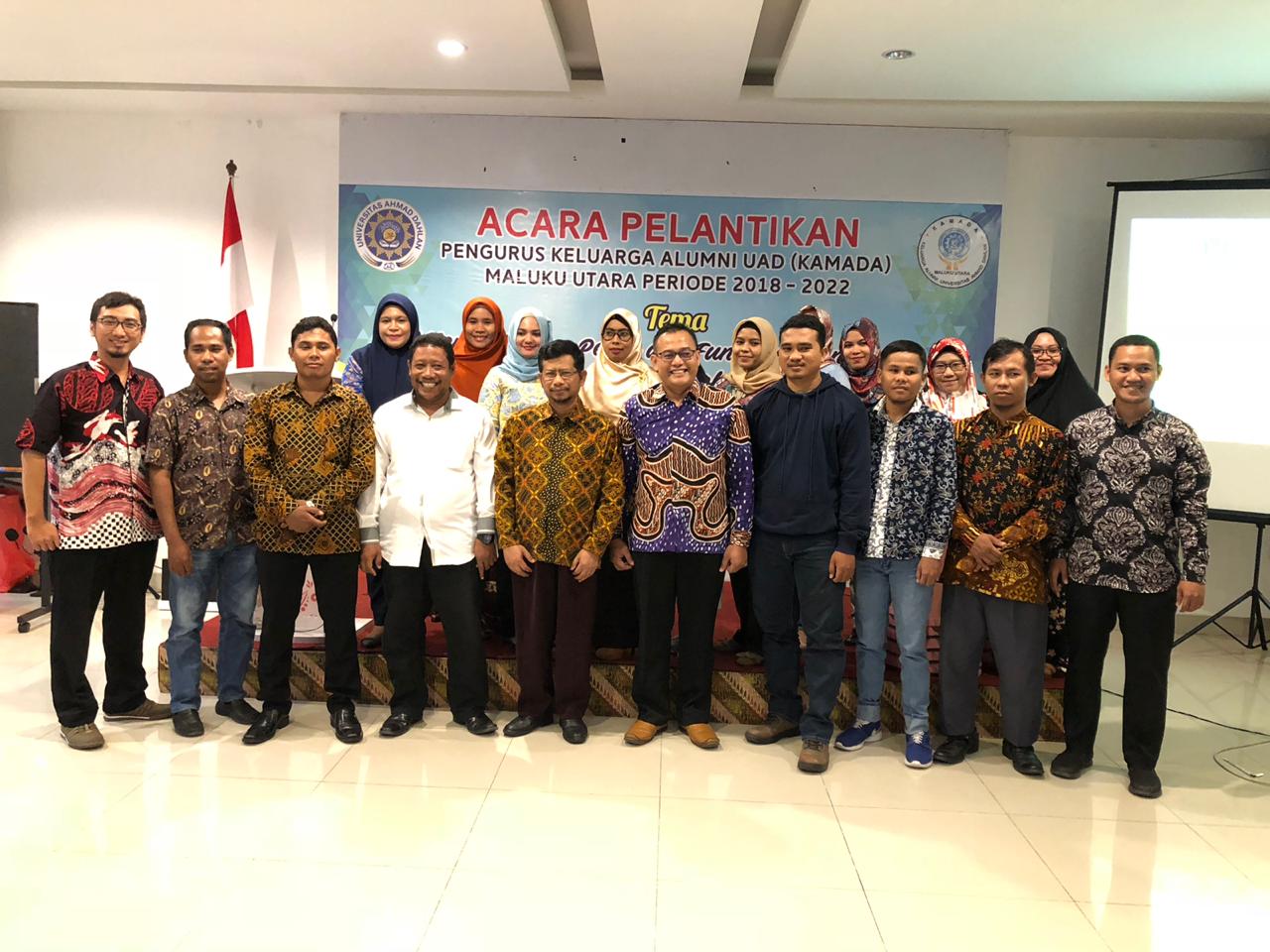 Universitas Ahmad Dahlan Alumni Family Central Board of Yogyakarta (PP Kamada) inaugurated the almuni board for North Maluku region on Saturday (10/27/2018) in Ternate. This is the first regional board of Kamada ever formed and will be followed by other regions. The direct inauguration was carried out by the representatives from PP Kamada, namely Purnomo, S.T., as the chairman and Ahmad Ahid Mudayana, S.K.M., M.P.H. as the treasurer. UAD Vice Rector III for Student and Alumni Affairs, Dr. Abdul Fadhlil, M.T., also attended this event. Kamada board in North Maluku will be led by Bahran Thaib, S.Psi., M.Si. for the next one period.

"With the inauguration of this board, it is expected that it will be able to develop UAD network to eastern Indonesia," said Bahran.

"Kamada in North Maluku is also expected to be a forum for developing the potential of UAD alumni here," Purnomo added.

Meanwhile in his remarks, the Vice Rector III advised that the Alumni network should continue to be developed so that it also contributed to the progress of UAD. "Alumni have an important role in advancing UAD so it needs to be developed continuously."