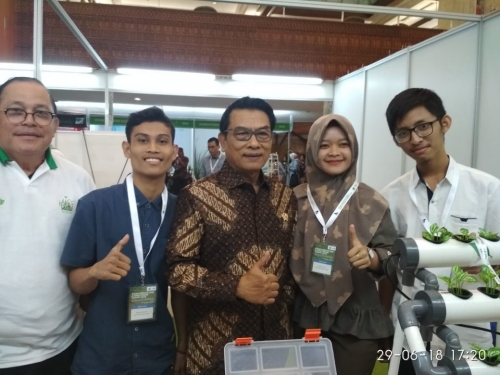 Himpunan Kerukunan Tani Indonesia (HKTI) has announced the ten awardees of HKTI Innovation Award 2018. One of them is a team from Universitas Ahmad Dahlan (UAD) Yogyakarta.

The team managed to get a special award of young innovator after inventing Bluetooth for the Monitoring and Controlling of Hydroponics (Bponik). The team consist of Vernandi Yusuf Muhammad, Mar’atul Husna, Yenny Rahmawati, Muhammad Annas, Ponco Sukaswanto, and Rifa’ Atul Hanifa, with Anton Yudhana, S.T., M.T., Ph.D as the supervisor. 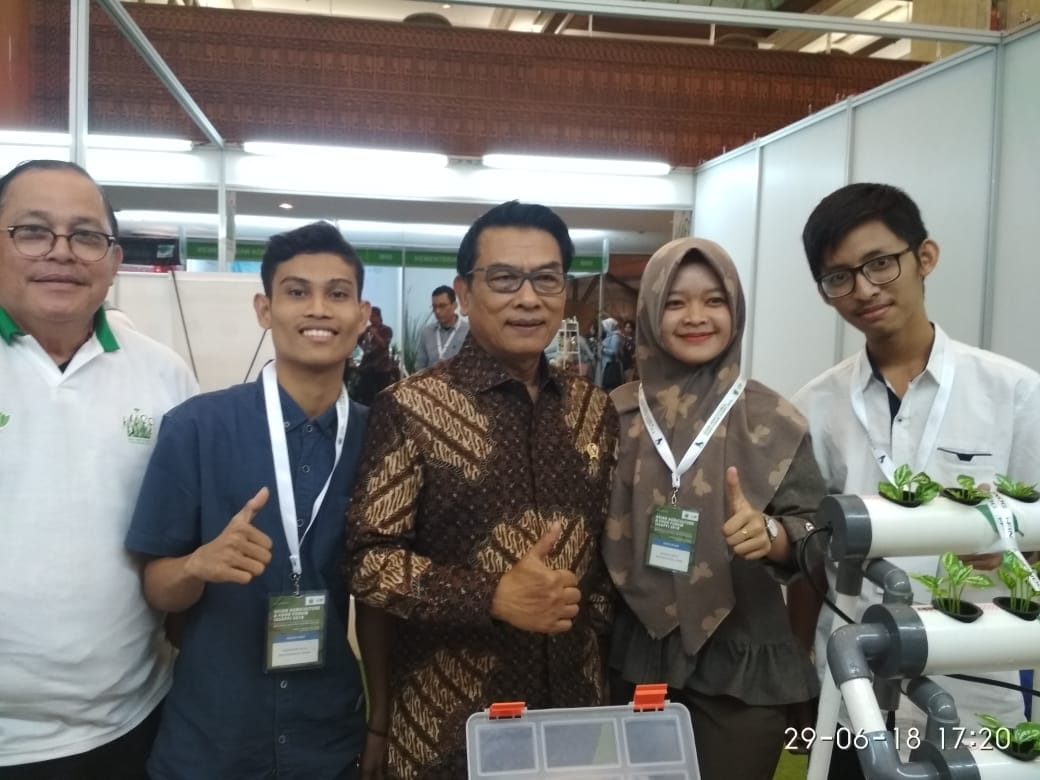 HKTI Award was announced at the same time as Agriculture and Food Forum (ASAFF) 2018 that was held at Jakarta Convention Center (JCC), Jakarta on June 28-30, 2018. There were, in total, 67 participants coming from various regions of 16 provinces that took part in the selection for HKTI Innovation Award.

Bponik is a hydroponics controlling and monitoring device. The platform can help hydroponics farmers to control their crops better. The device is easy to use because it only needs to be placed at inside the green house. The device works by itself that the farmers do not need to check the water acidity level (pH).

“The initial idea for the device comes from complaints made by hydroponics farmers, especially those under our firm, Damar Hidrofar, who always complained about the difficulty they faced in monitoring the pH, water temperature, and air temperature control in the green house, “ said Vernandi, the team leader.

He added that they continue to develop Bponik. It will be modified to use wifi instead, since the use of Bluetooth only covers a radius of 10 meters.

The team is optimistic that the Bponik technology will generate a great demand in the future as the hydroponics farming gets more popular. Hydroponics farming is usually done by urban people who are responsive to the latest technology development that Bponik can be an option for them.

In the exhibition of Asian Agriculture & Food Forum (ASAFF) 2018 and HKTI Award, UAD Bponik team was visited by the President of Republic of Indonesia, Joko Widodo, Minister of Agriculture, Amran Sulaiman, and the Head of Presidential Staff as well as the Chairman of HKTI, Moeldoko. (ard)