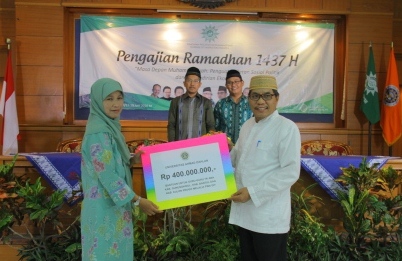 Previously the grants were given trough Aisyiyah Chapter Yogyakarta to the teachers at Bantul, Sleman, Kulon Progo and Gunungkidul regencies.