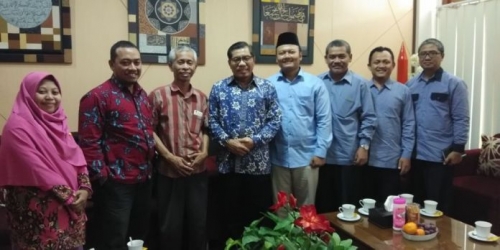 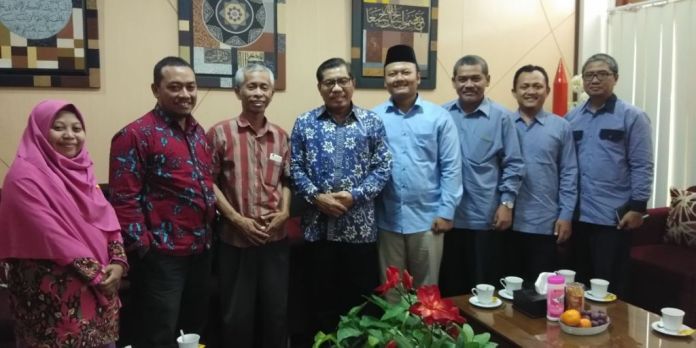 The Chairman of MPI PWM DIY, Dr. Robby Habiba Abror, S.Ag., M.Hum., said that UAD was the future of Islamic campus. So far, UAD has proven its dedication to the nation in terms of education.

According to Robby, independence is an integral part of UAD in addition to moral integrity and intelligence. Muhammadiyah universities (PTM) also often conduct studies of Islam intensively on a regional, national, and international scale. He believes that Islamic civilization can grow and start from UAD campus.

Meanwhile, Kasiyarno expressed his expectation that in the future MPI PWM DIY could synergize with UAD da’wah, especially in terms of Islamic da'wah.

"Currently Islamic propaganda cannot be separated from the media," he said.

On the same occasion, Muchlas, who is also Chairman of MPI PP Muhammadiyah said that together with MPI PWM DIY, UAD was optimistic to build cooperation and work to contribute to Muhammadiyah.

The cooperation between MPI PWM DIY and UAD begins with the provision of mediamu.id web server and the activities coverage of UAD. Implementation of the first activity to be covered is of Ramadan 1439 Hijriyah. This Islamic da’wah is organized by PWM DIY in cooperation with UAD.

Prior to this, UAD and MPI PWM DIY had worked together in the library field in terms of utilization and empowerment of human resources, information technology, and literacy. (ard)

A Total Scholarship of 1 Billion Rupiah for Kampung UAD