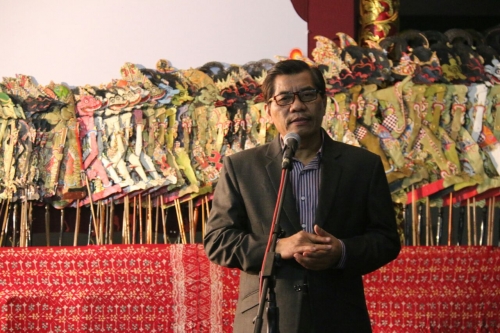 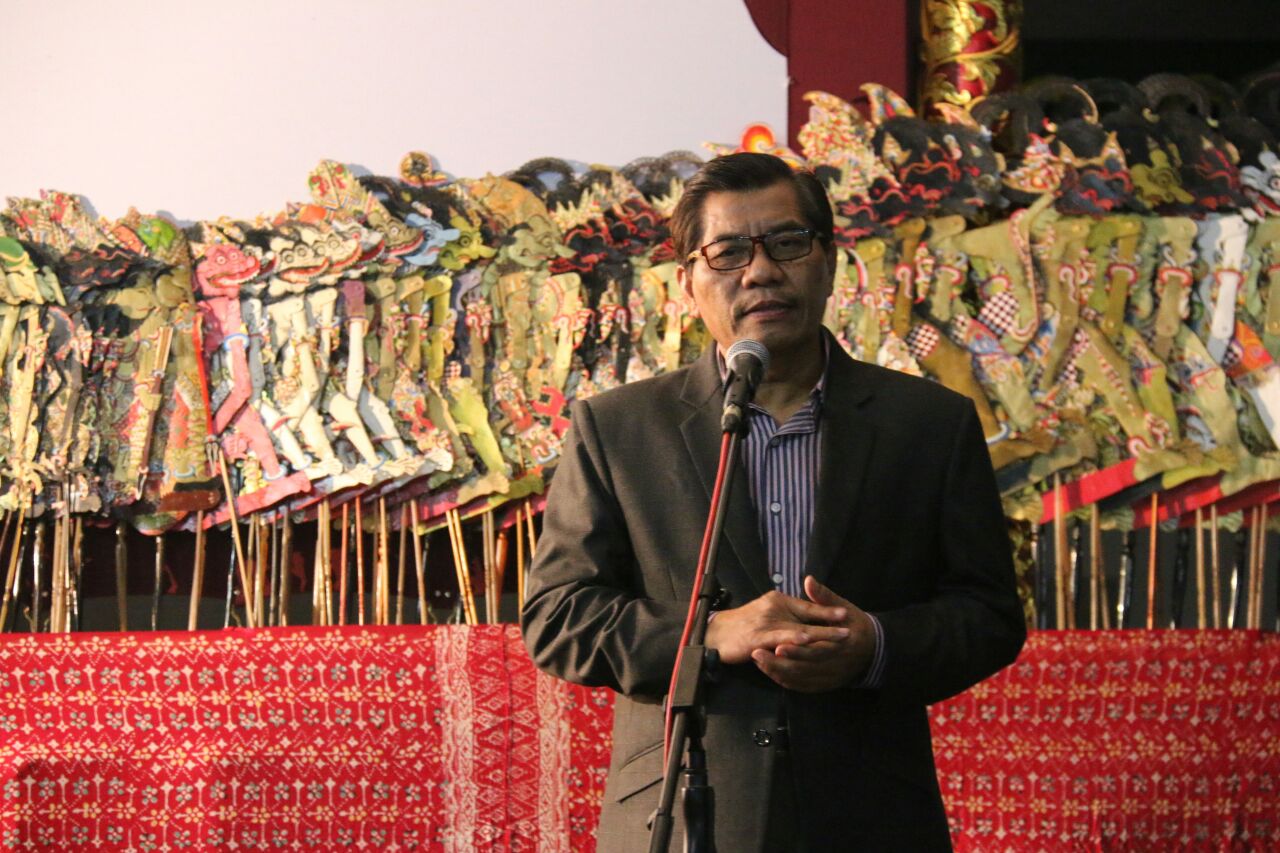 "Ahmad Dahlan University (UAD) is happy to have students who have skills in ndalang (the ability to act out wayang or puppets). This kind of profession and expertise are already very rare. Puppet is a good medium for preaching. Ki Anom Teguh Purwocarito is one of 24 thousands UAD students who can ndalang," explained Dr. Kasiyarno, M.Hum., the Rector of UAD while giving a speech in the opening of the all-night puppet show at Campus 4 UAD on Jln. Ringroad Selatan, Tamanan, Bantul, Yogyakarta.

The puppet show that was held on Saturday (10/2/2018) entitled "Semar Mbangun Kayangan" was one of a series of activities for 57th Milad of UAD. Currently, Ki Anom is listed as a fourth semester student of Islamic Education (PAI) study program of Faculty of Islamic Studies (FAI), UAD.

According to Kasiyarno, UAD has the obligation to introduce and popularize talented students like Ki Anom. On several occasions, this young puppeteer was featured during some of UAD programs, including Campus Introduction Program (P2K), Milad, and other activities. He has also performed puppet shows in Cilacap, Semarang, Klaten, and several areas in Yogyakarta.

One that needs to be underlined according to Kasiyarno was that although UAD is an Islamic campus, it was not opposed to arts and cultures. UAD has a wide variety of arts and cultures that are preserved, including gamelan, dance, theater, and music groups.

"UAD is also currently in the process of making a film. There have been many accommodations for students who want to pour their art skills. Furthermore, there are also many students who are excellent in arts. "

Meanwhile, Ki Anom Teguh Purwocarito who currently lives in Pondok Pesantren Al Maun Tegalayang, Caturharjo, Pandak, Bantul, said that his ability in ndalang is obtained from his family and his surroundings. As a child, he was often invited to watch puppet shows by his grandfather. This Klaten-born man admitted that he started learning ndalang since grade V of elementary school.

"In the dorm, my skills are more polished. In addition to studying religion, I continue to develop my ndalang skills. I want to continue the goals of Walisanga (Sunan Kalijaga) which is conducting Islamic da'wah through the media of wayang," said Ki Anom who learned ndalang on his own.

As a Javanese, he asked the people to conserve cultures. The 21-year-old puppeteer cannot accept it if this Javanese culture of wayang is claimed by other countries. It is more unacceptable when the Javanese do not strive to preserve their own culture. (ard)

Be Careful When Taking Drugs