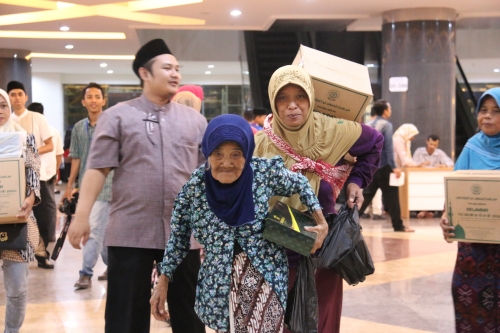 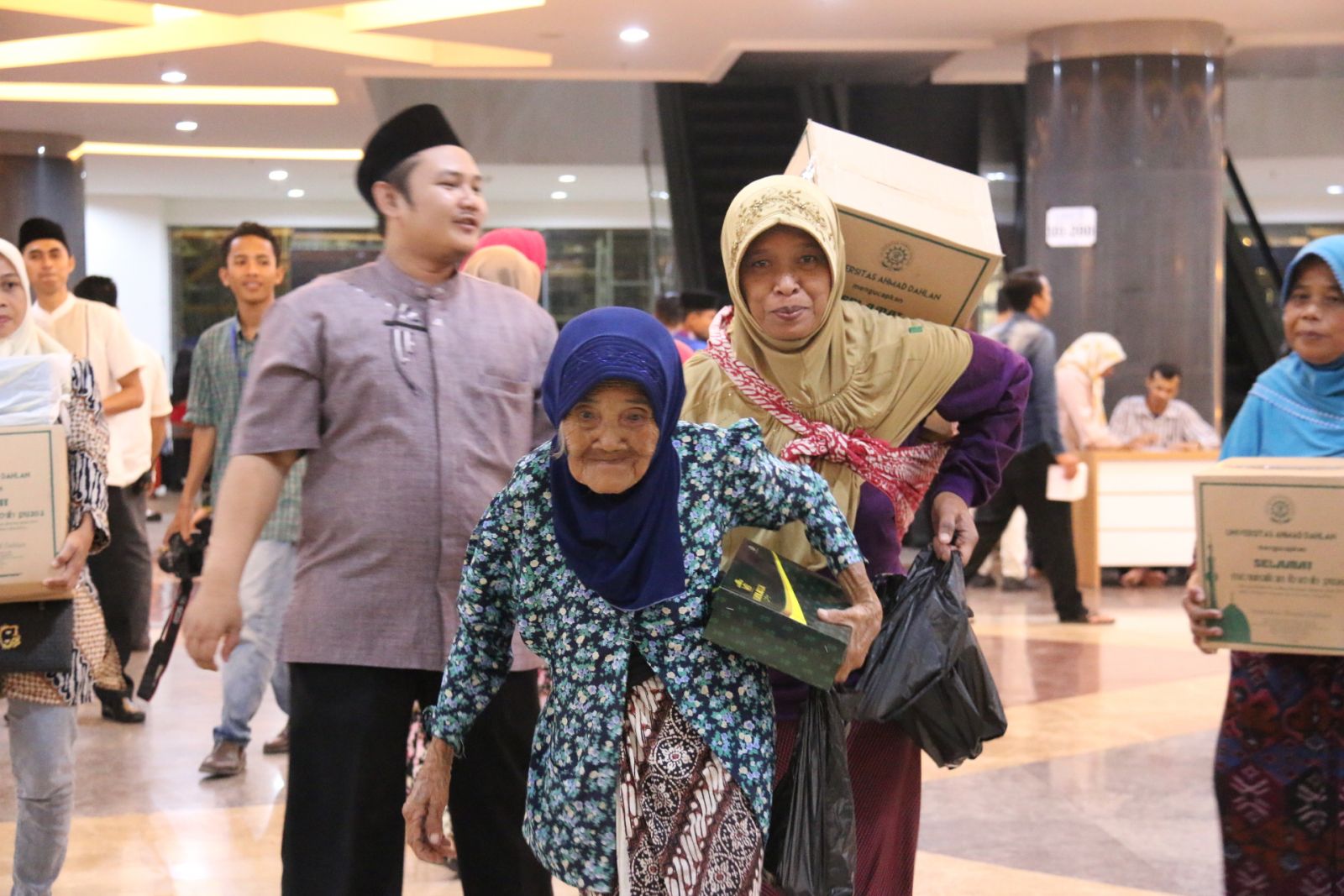 Every year in the month of Ramadan, Universitas Ahmad Dahlan (UAD) Yogyakarta holds a fast-breaking event with duafa (the poor) and orphans. There were a total of 1,000 people invited to the event in 2018. Each year, the number of participants increases.

UAD Rector, Kasiyarno, M. Hum., said, "Each year, we will continue to increase the number of those invited to the event. The bigger UAD is, the more will be invited," he explained while giving a speech before the duafa and orphans in the west hall of campus 4 UAD on Jln. Ringroad Selatan, Tamanan, Bantul, on Tuesday (29/05/2018).

In addition to the fast-breaking event, there were also other events, including pengajian (communal Al-Qur’an Reading) with Ustaz Saijan, S. Ag, M. Pd., and distribution of donation to the duafa and orphans.

On the occasion, Kasiyarno also delivered about the scholarship at UAD. Each year, UAD provides scholarships to qualified and competent student candidates. "We give scholarships to those who deserve it. Including prospective students from orphanages," he explained.

"UAD is not only an educational institution, but a da'wah institution. We open opportunities for anyone who wants to study at UAD. Hopefully, this activity will help UAD to keep improving itself and keep our faith to Allah SWT. "