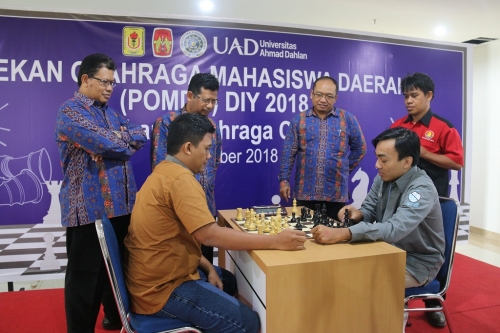 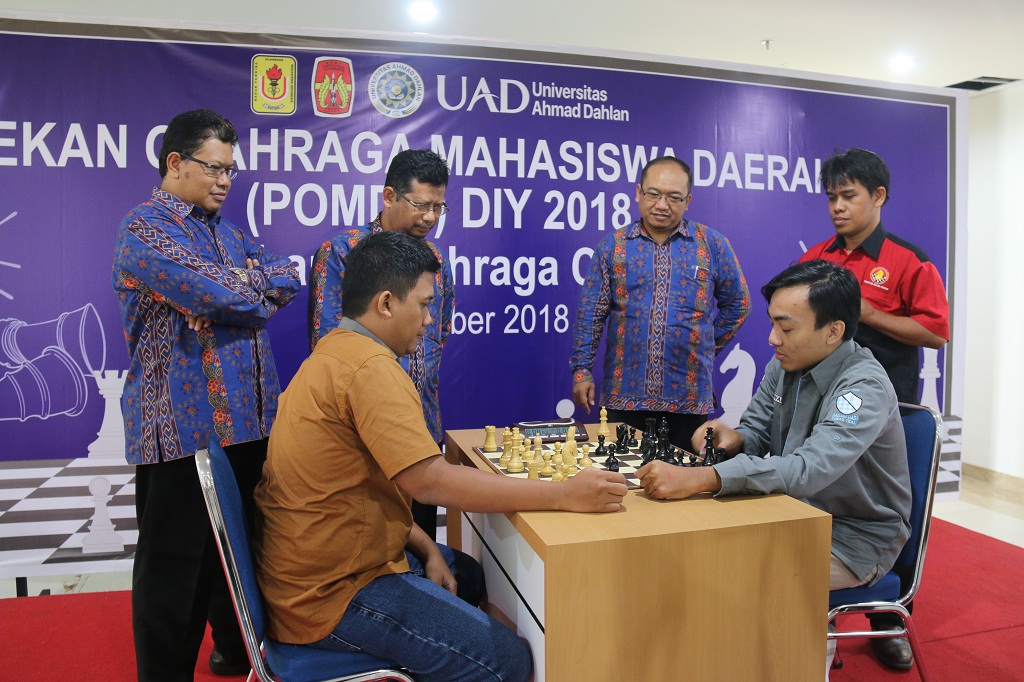 Universitas Ahmad Dahlan (UAD) hosted the chess branch competition of the Regional Student Sports Week (POMDA) of the Special Region of Yogyakarta (DIY) in 2018. A total of 43 chess athletes from 16 public and private universities participated in this event with 30 male and 13 female participants.

The Vice Rector III of UAD for Alumni Empowerment and Student Development Division, Dr. Abdul Fadlil, M.T., in his remarks said that chess was a special sport that uses the brain. It is because to win a match you need a well-thought-out strategy.

"The ability to set a strategy to win a match or competition is needed by the millennial generation. In addition, this POMDA is expected to be able to bring up chess players who will be sent to the National Student Sports Week," said Fadlil.

Meanwhile, the Chairperson of the Committee for POMDA DIY for Chess Branch, Dr. Dedi Pramono, M. Hum., revealed that the number of universities participating in the chess competition of POMDA was very small compared to the total universities in Yogyakarta which amounted to more than 110.

"In the future, it needs to be improved so that there will be more participants. The sporting competition is a medium for public and private university students to compete," he explained.

Furthermore, Dedi said that UAD dared to become a host even though it did not yet have a Chess Student Activity Unit (UKM). This aims to encourage students to have the enthusiasm to take part in various forms and diverse branches of sport. It is similar to what happened a while ago when UAD students won gold and silver medals in Kempo championship while Kempo UKM was not founded yet in UAD.

On the other hand, Jumaryanto, the match referee, said that participants who were allowed to participate in the 2018 DIY POMDA were students of universities that were already members of Student Training Board (BAPOMI) of Special Region of Yogyakarta (DIY). It is because if you are qualified for the national event, you will advance in the name of DIY BAPOMI, not the university.