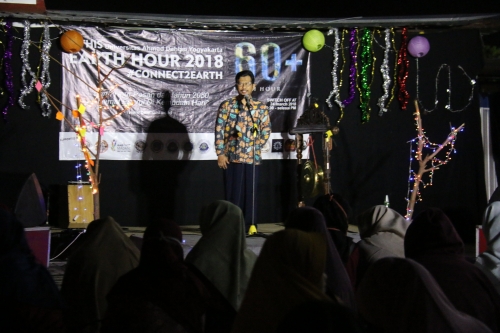 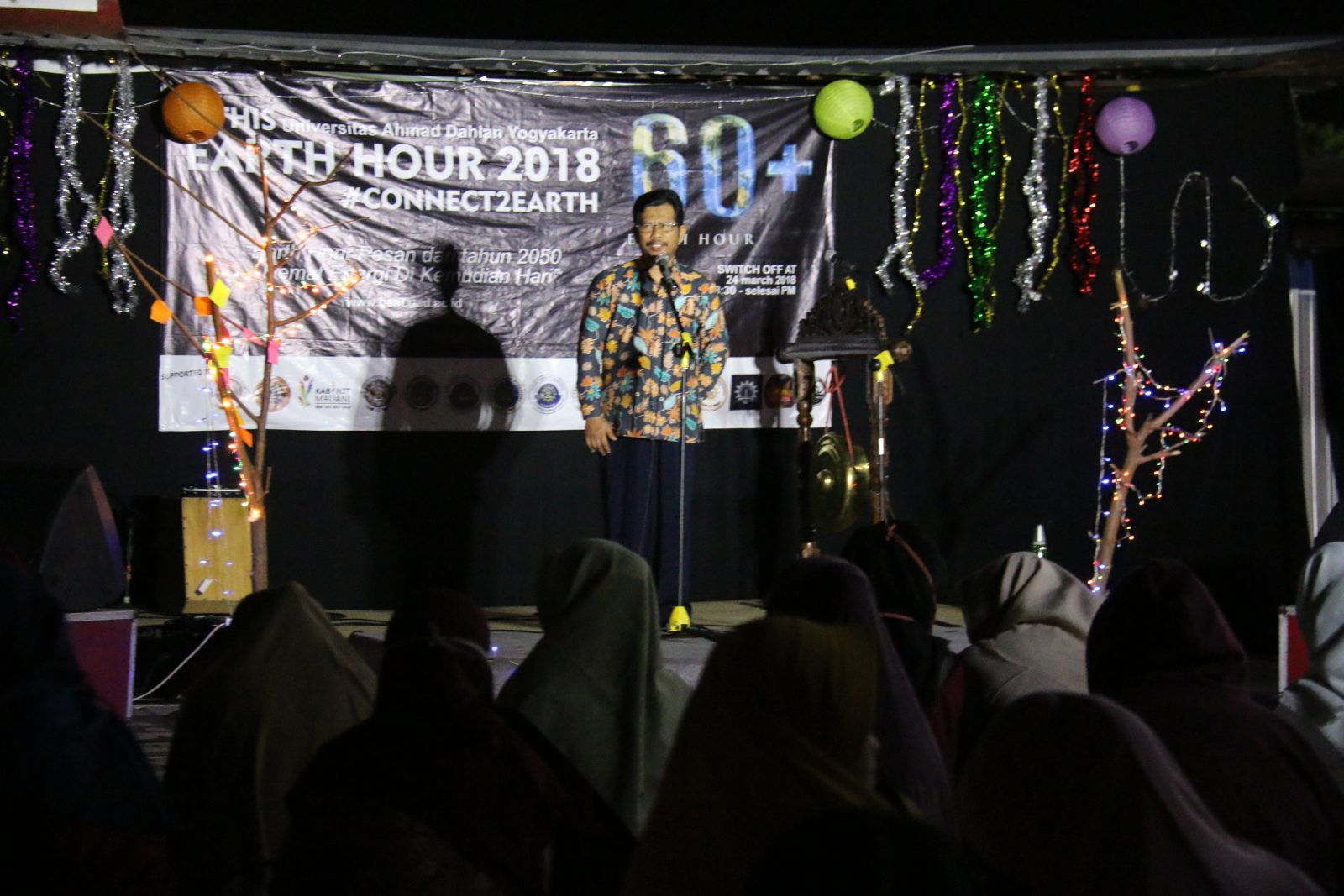 Renewable energy is energy source from nature that can be produced continuously without having to wait for a long period of time. It is in contrast to fossil-based energy. On the day of Earth Hour 2018, Ahmad Dahlan University (UAD) commemorated it by turning off the lights in kampus 4 areas from 20:30 to 21:30 pm.

Earth Hour is a global campaign of World Wide Fund for Nature (WWF) that began in 2007, as a way to involve the community in saving energy use. In Yogyakarta, UAD was the only university that commemorated it in 2018 with the headline "A Message from Year 2050, Energy Saving for the Future, Romantic Night with UAD".

Vice Rector III of UAD, Dr. Abdul Fadlil, M.T. in his speech invited all students to protect and preserve the earth. According to him, by preserving the earth, human life cycle would be maintained.

"The earth is damaged by humanity itself. Destroying the earth equals damaging other populations. Most of the current damages are dominated by a series of events caused by humans," he explained on Saturday (24/3/2018).

Furthermore, he explains that there are only a few renewable resources, such as solar, geothermal, wind, and water. The management of these resources is being intensified in various parts of the world. For that, Abdul Fadlil invited all UAD students to try to make innovation and creation in the field of renewable energy sources.

"Although there are already some studies on alternative energy sources, this is still an actual issue. We expect UAD students to do research on renewable energy," he explained. (ard)